On March 22, 2022, an online conference on “Impact of global climate change on water resources and efficient use of water” dedicated to the World Water Resources Day was organized by the Public Council under “Azersu” OJSC and “Azersu” OJSC.

Opening the event, Rauf Zeyni, Chairman of the Public Council under Azersu OJSC, said that climate change in recent years has led to a decrease in freshwater resources. Comprehensive measures are being taken at the government level to reduce the impact of this trend, which is observed in many countries around the world, including Azerbaijan. In such cases, consumers should be encouraged to use water sparingly, and civil society bears a great responsibility for this.

Speaking at the conference, Vice-Rector of BSU Farda Imanov, Head of the Department of Geography and Environment of Khazar University, Member of the Public Council at Azersu OJSC Rovshan Abbasov, Head of the Department in the Ministry of Ecology and Natural Resources Faig Mutallimov, Member of  Milli Majlis Jeyhun Mammadov, Head of the State Agency for Water Resources of the Ministry of Emergency Situations Sevinj Guliyeva, Deputy Chief of Staff of the Amelioration and Water Management OJSC Kanan Abdullayev, department head in Azersu OJSC Elkin Rustamov, Representative of the Food and Agriculture Organization of the United Nations (FAO) in Azerbaijan Aynur Seyidyusif,  and other participants spoke in detail about the dynamics and expectations of freshwater resources in Azerbaijan, the issues of efficient use and promotion of water resources in irrigation, industry and household.

It should be noted that according to the resolution of the UN General Assembly dated December 22, 1992, since 1993, March 22 has been marked as World Water Day. 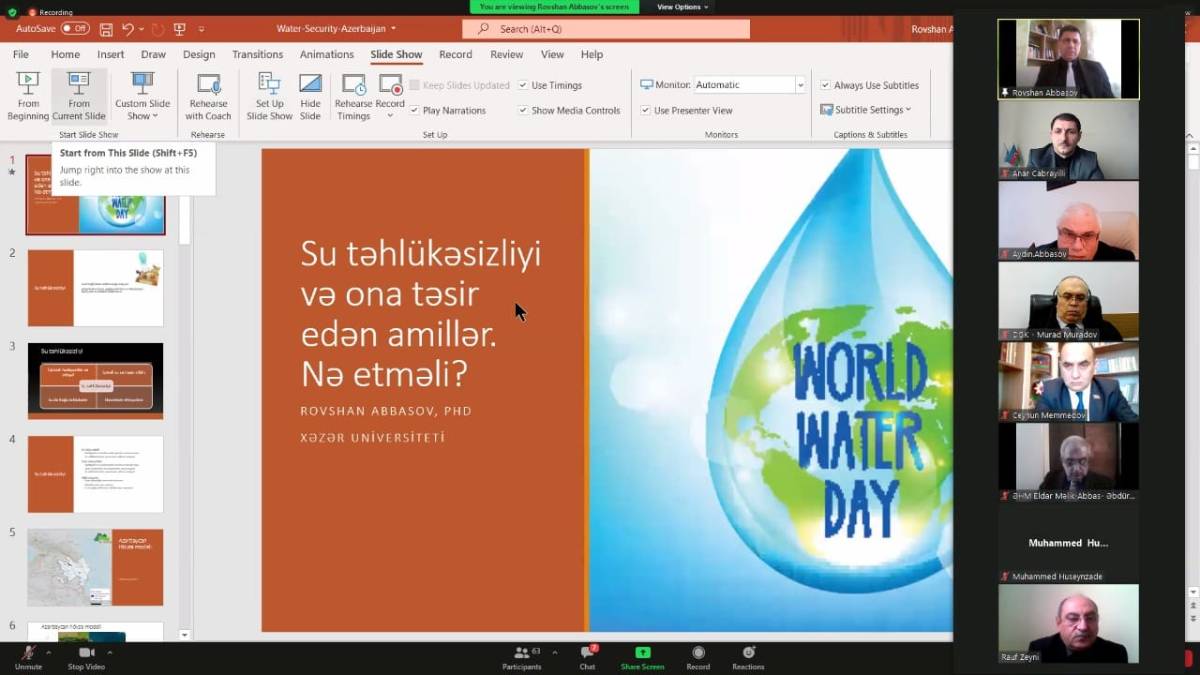 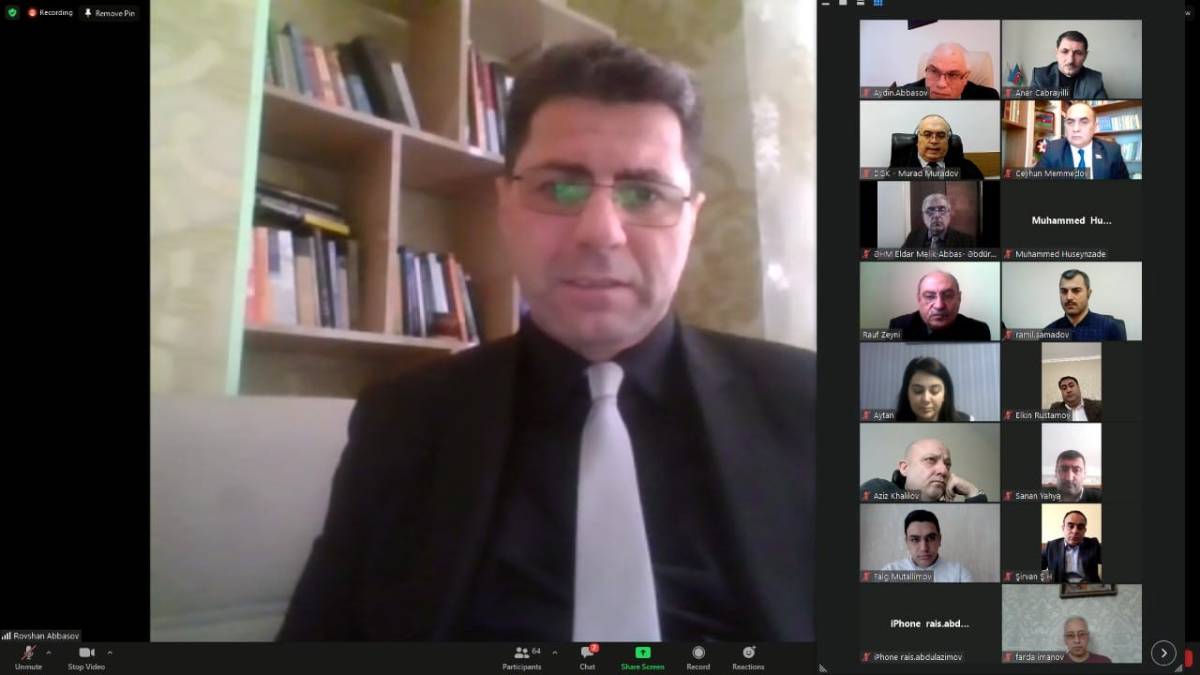 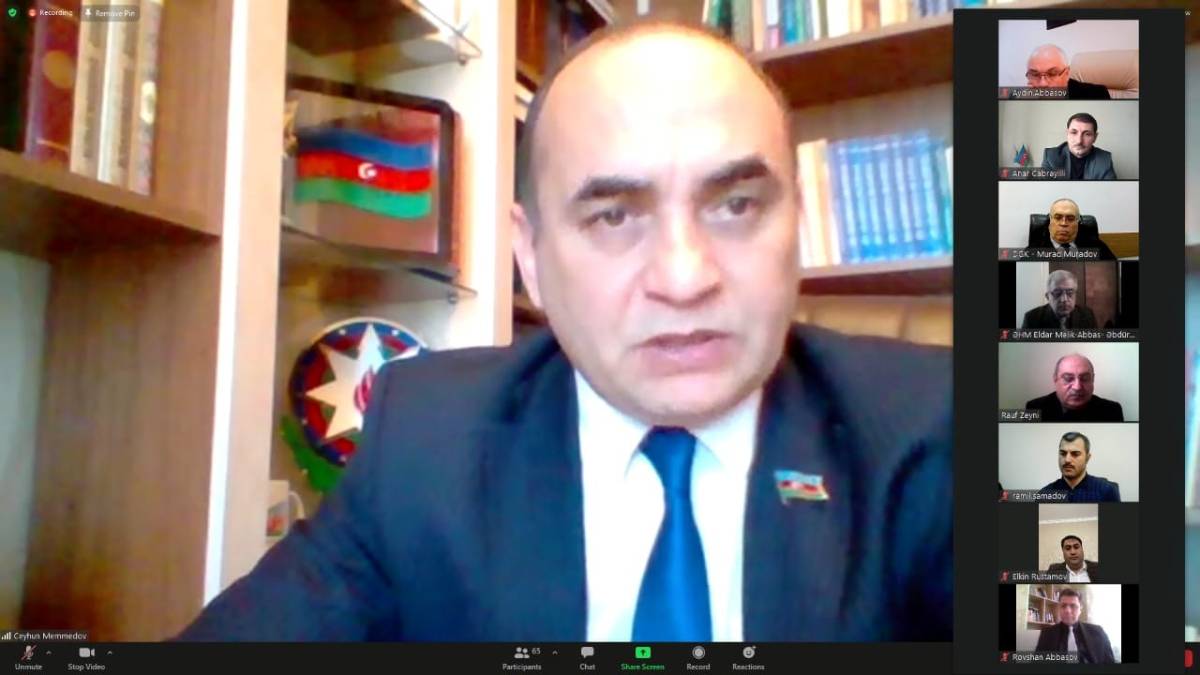 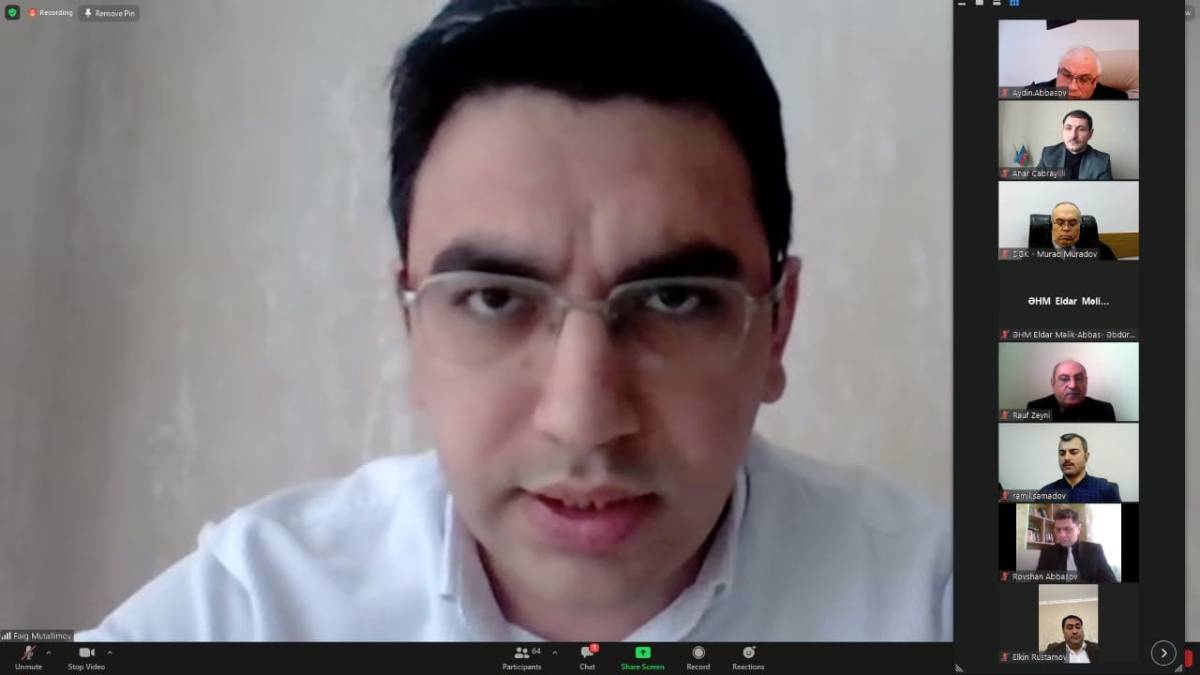