The event was attended by Khazar University administration and staff, students, and members of the music community.

The event began with the screening of a short film about the composer. Then Jala Gulamova, Doctor of Philosophy in Art History, Associate Professor of the Azerbaijan National Conservatory, gave detailed information about the rich and multifaceted activity of Elnara Dadashova.

Speaking at the event, People's Artist, Director of the House Museum of Uzeyir Hajibayli, composer Sardar Farajov spoke about the work of Elnara Dadashova, expressed his good impressions about the concert and its participants.

In his speech, Professor, Academician Hamlet Isaxanli, Founder of Khazar University, Chairman of the Board of Directors and Trustees, highlighted the distinctive features of ElnaraDadashova's work and praised the work of the university's music groups.

At the end of the event, Elnara Dadashova, who led both the piano and the conductor throughout the concert, thanked the audience, the Khazar University Chamber Orchestra and choir, and especially Hamlet Isaxanli, who supported her during the night. The audience filled the stage with flowers and took a photo with the composer. The concert was very successful and memorable, and gave the audience a positive aura and a good impression. 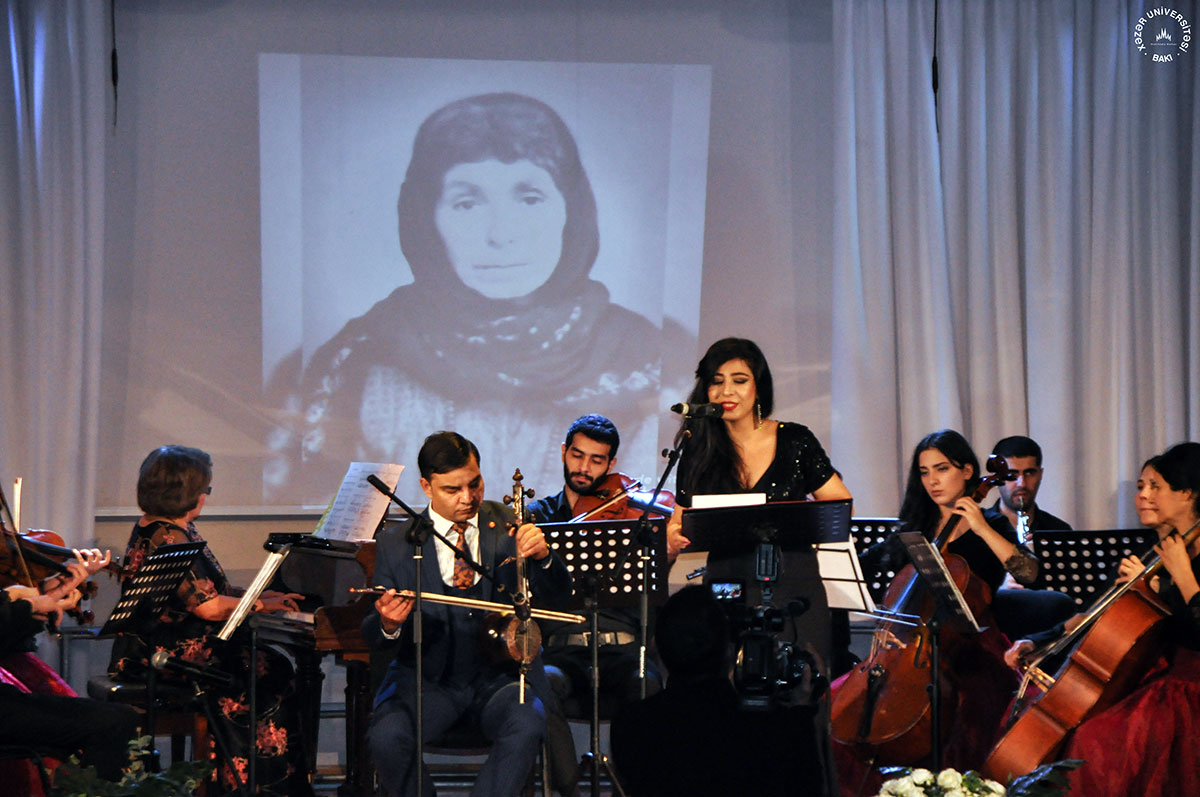 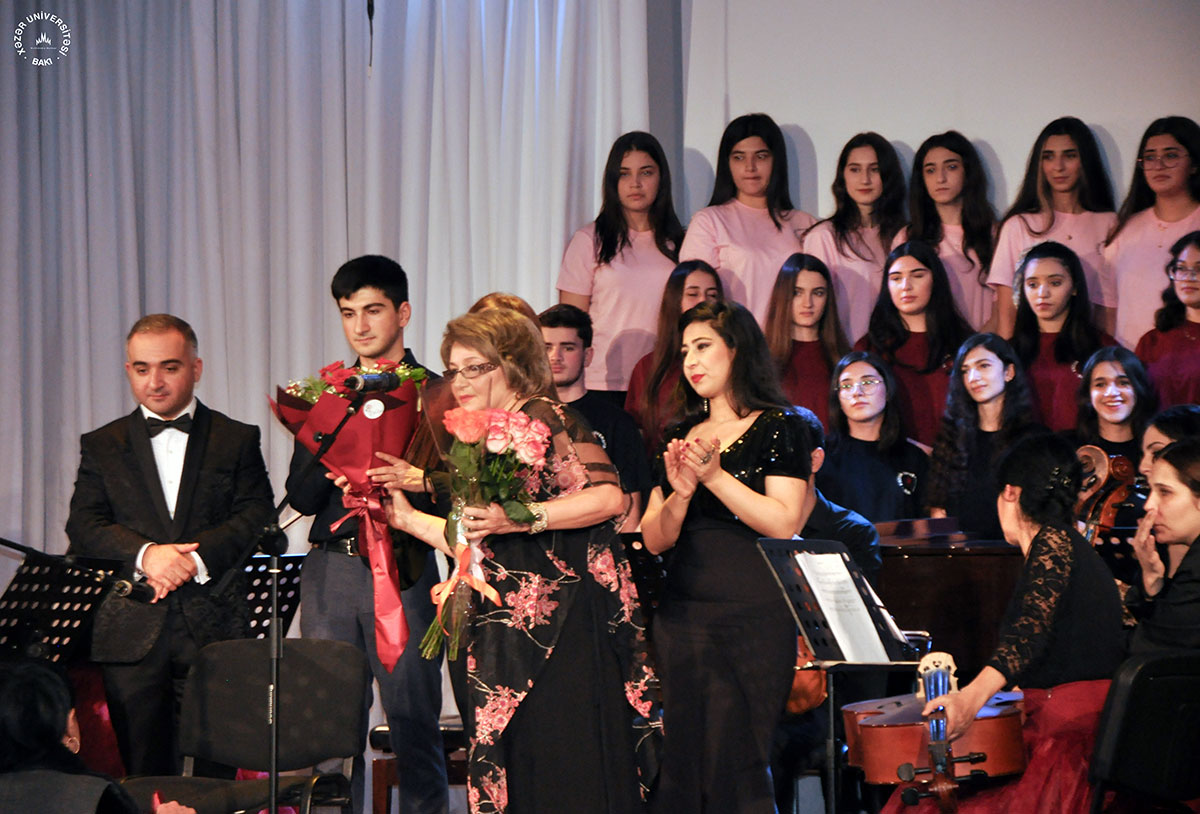 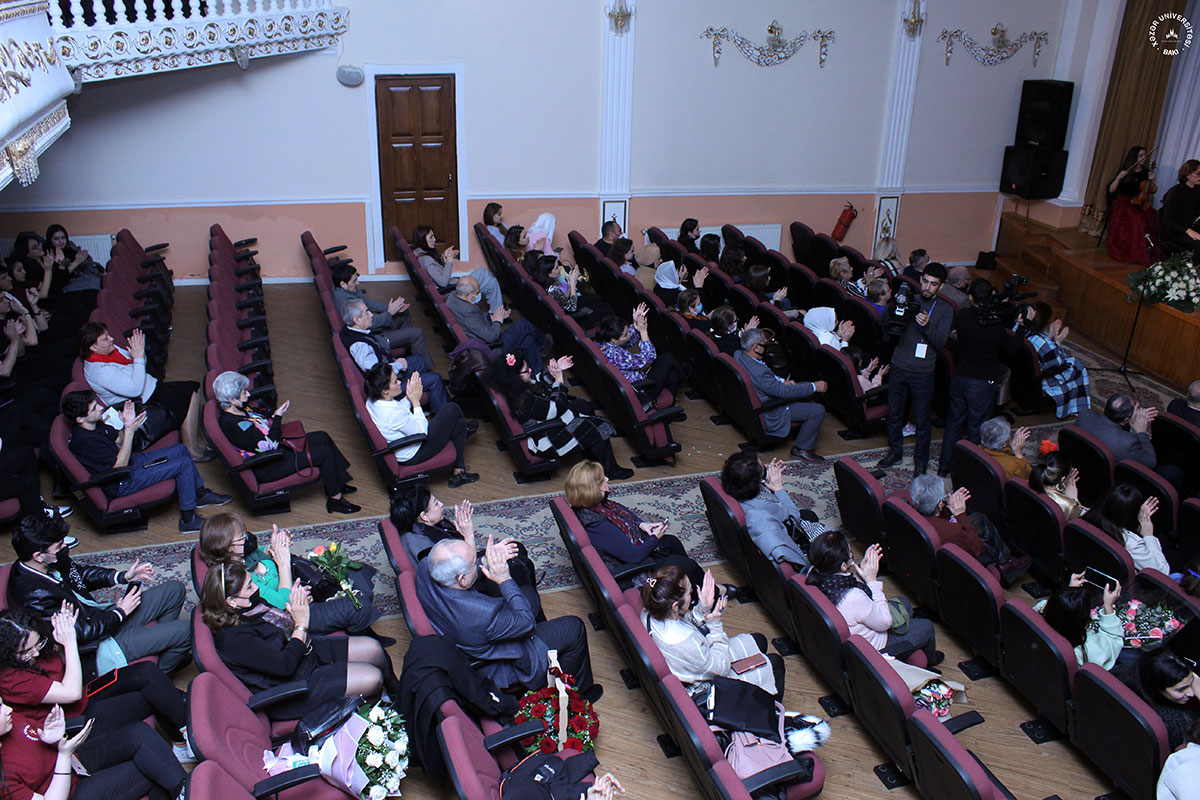 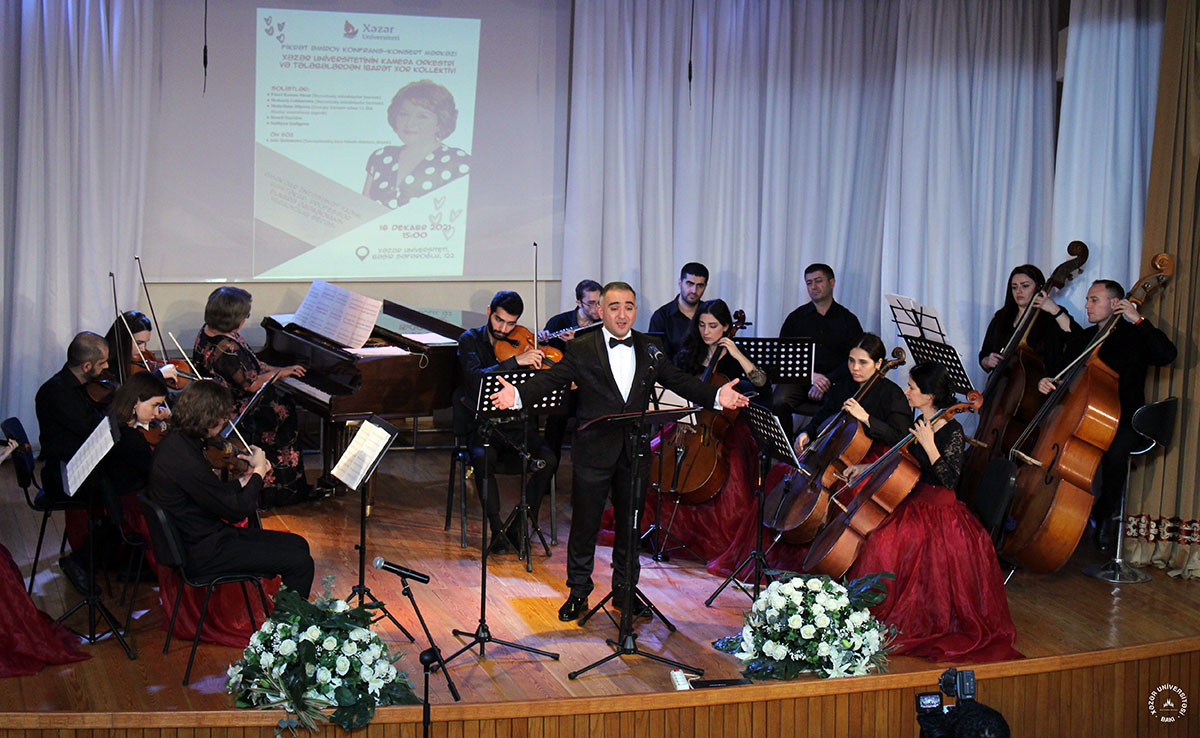 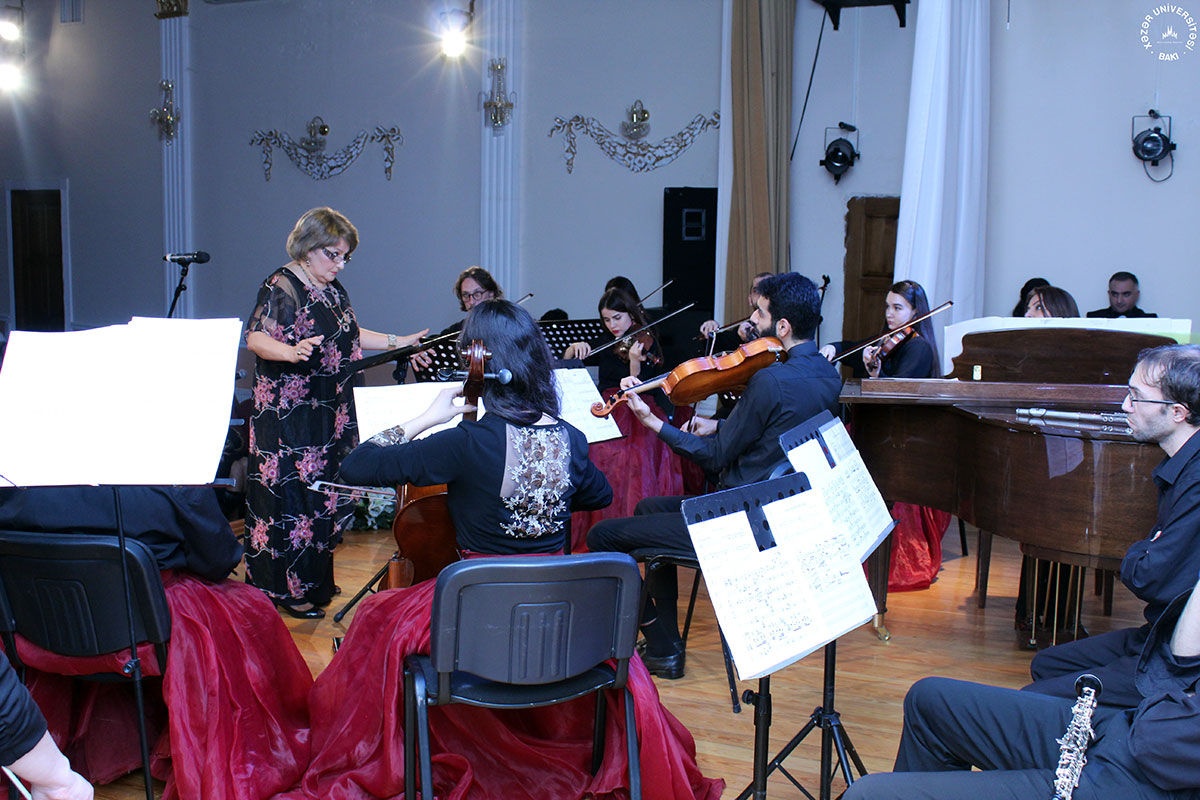 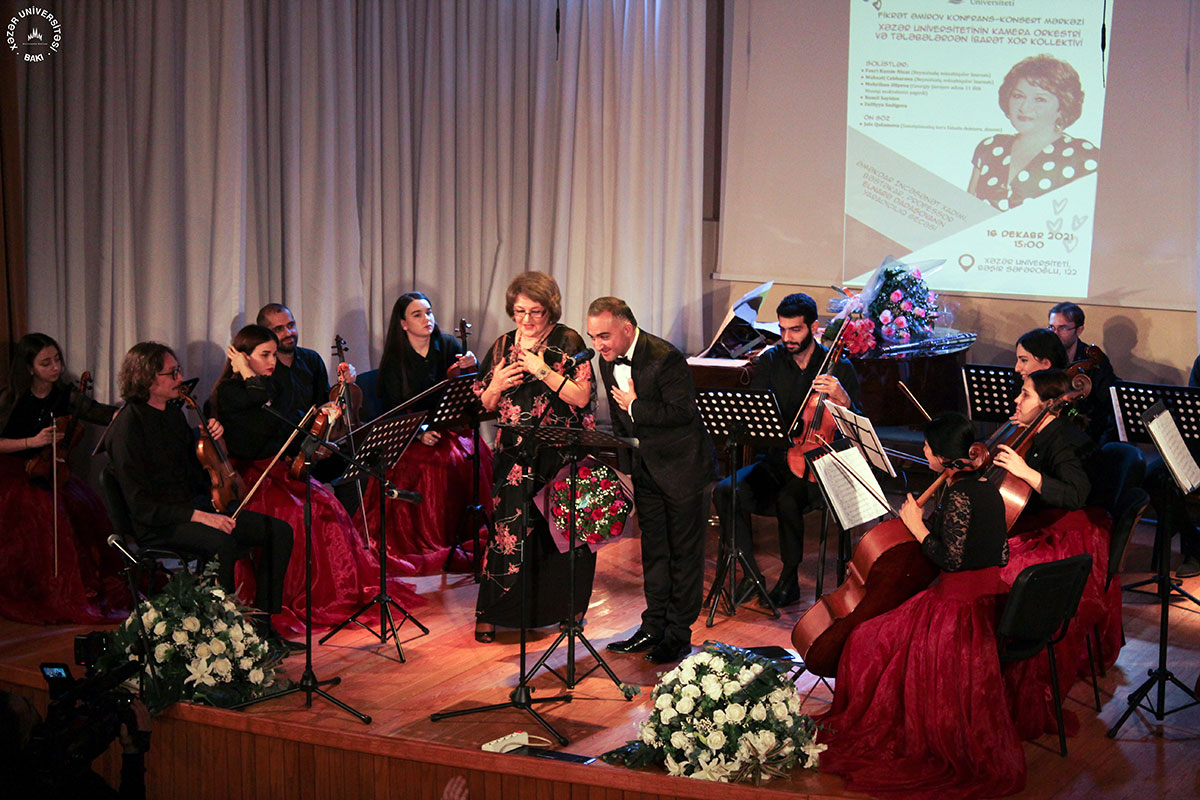 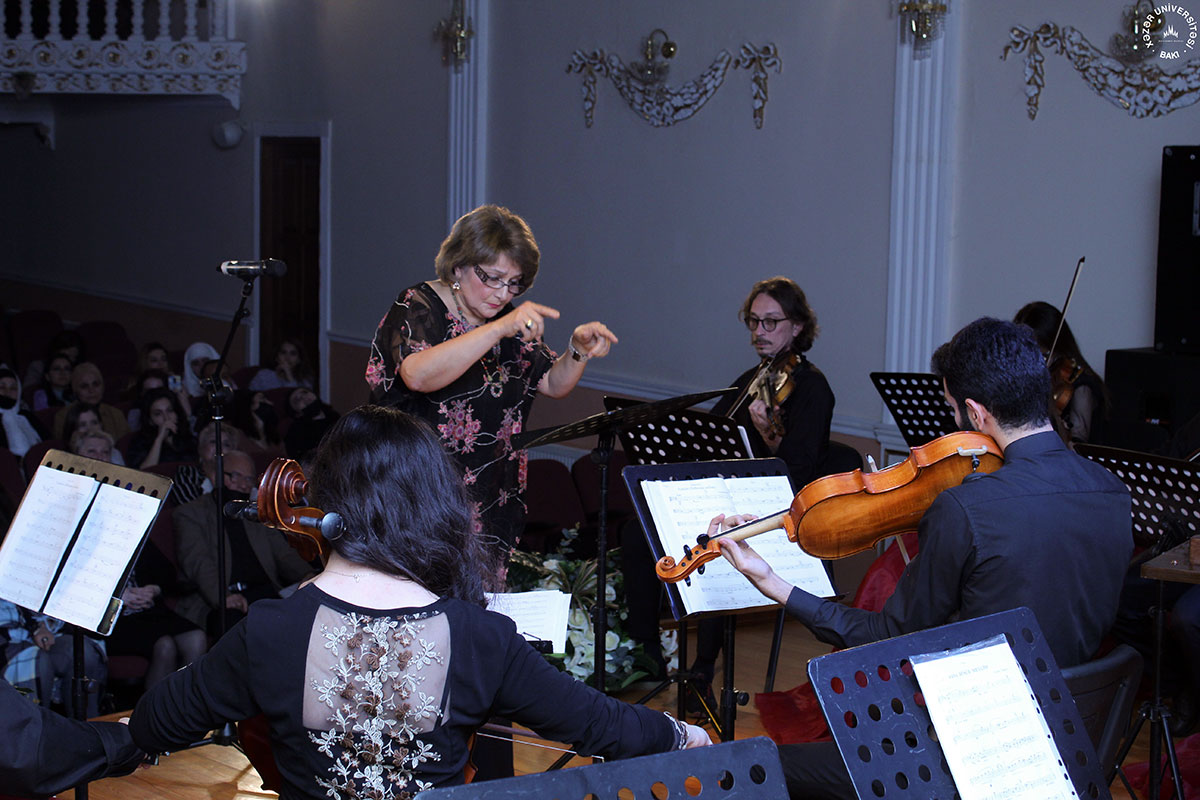 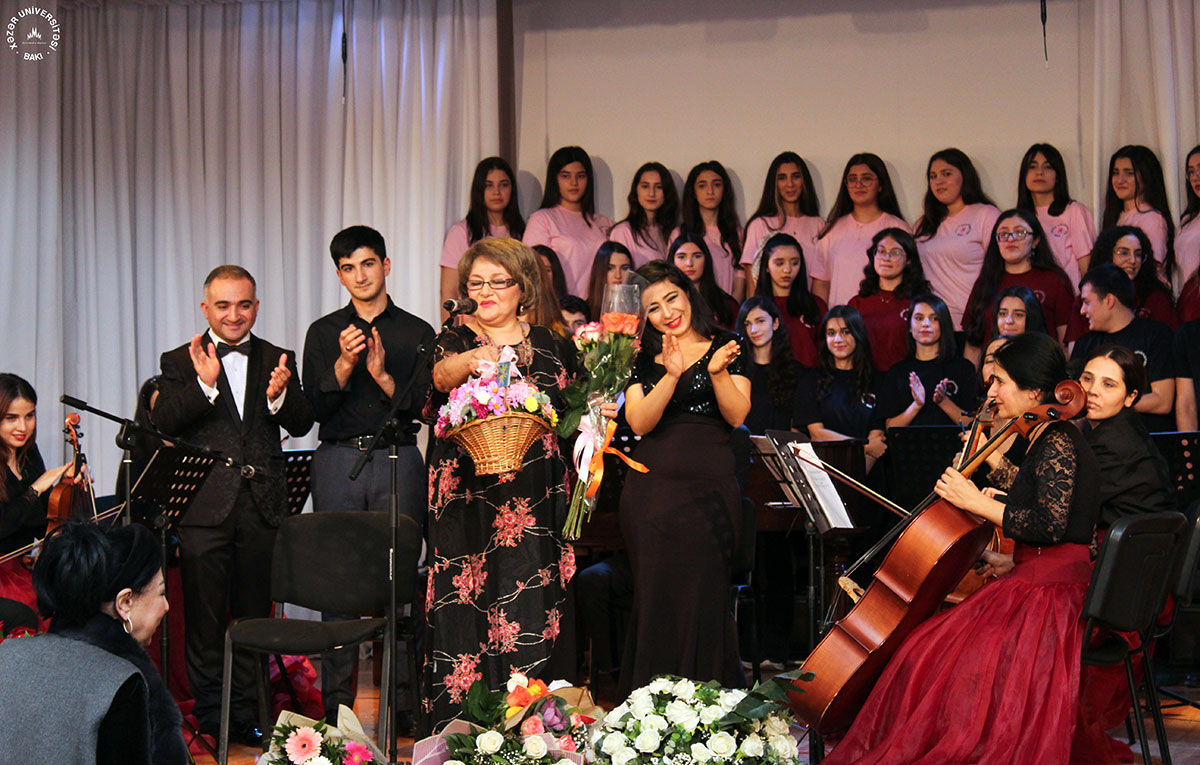