On the 12th of October 2021, Khazar University hosted a conference at Dunya School titled ‘Assuming Responsibility for Climate Change, supported by the Creative Commissions programme of the British Council. The conference was organised with the participation of H.E. Mr. James Sharp, British Ambassador in Azerbaijan, Mr. Francis Gardener Trejo, Country Director of the British Council and Dr. Georgious Dafoulas, Professor of Middlesex University.

H.E. Mr. James Sharp reported on the Climate Change initiatives of the UK government and its changes to society and people’s lives. Mr. Ambassador elaborated on how different challenges were addressed to deal with Climate Change. Mr. Gardener-Trejo talked about an educational programme supported by the British Council and specifically on the Climate Connections. They both provided cases and examples of how the UK government addresses the issue.

Second half of the conference was built on the questions addressed by the students of Dunya IB school and fascinating discussions were held over Climate Change problems.

The conference was attended by students and scholars of Dunya School and Khazar University. 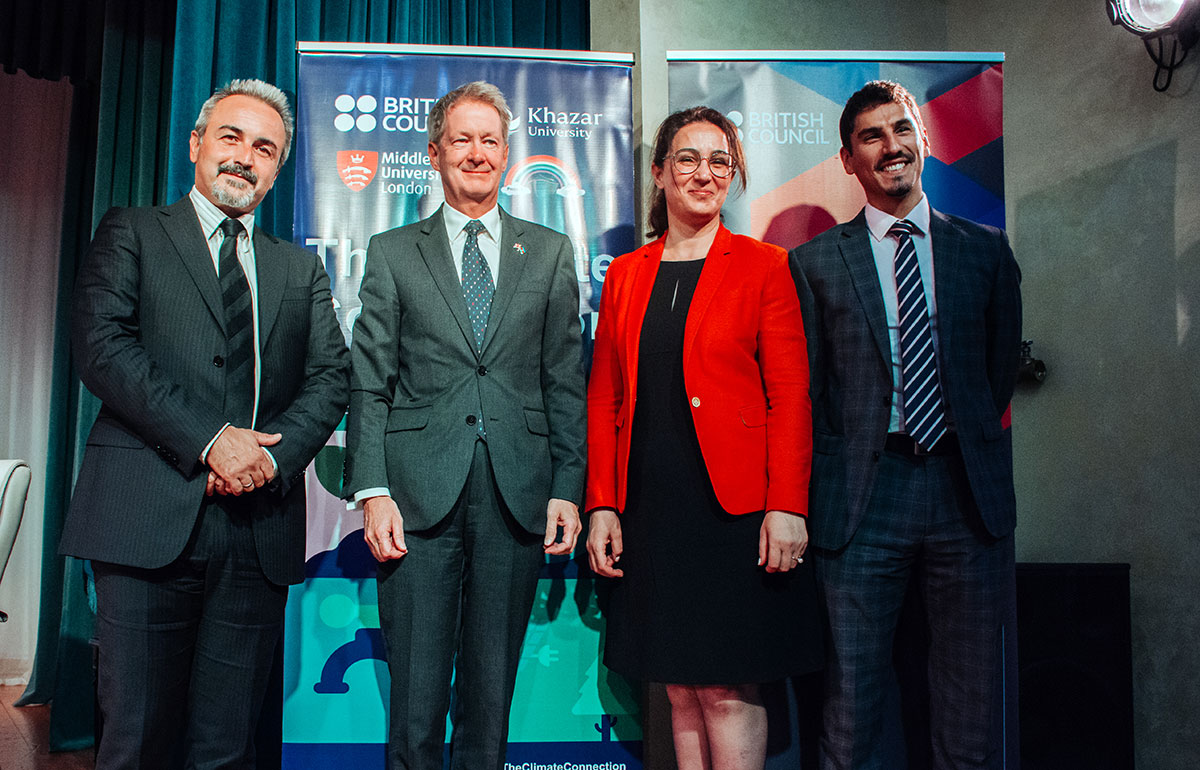 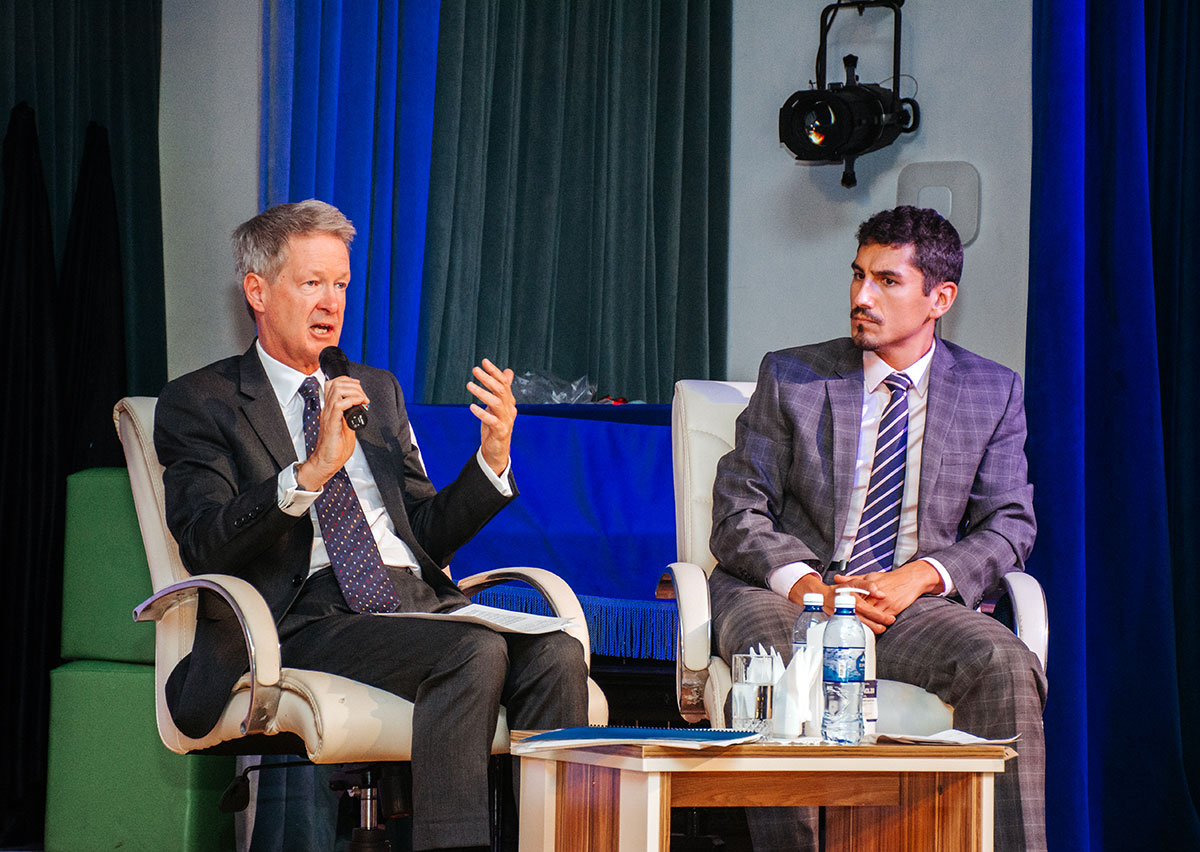 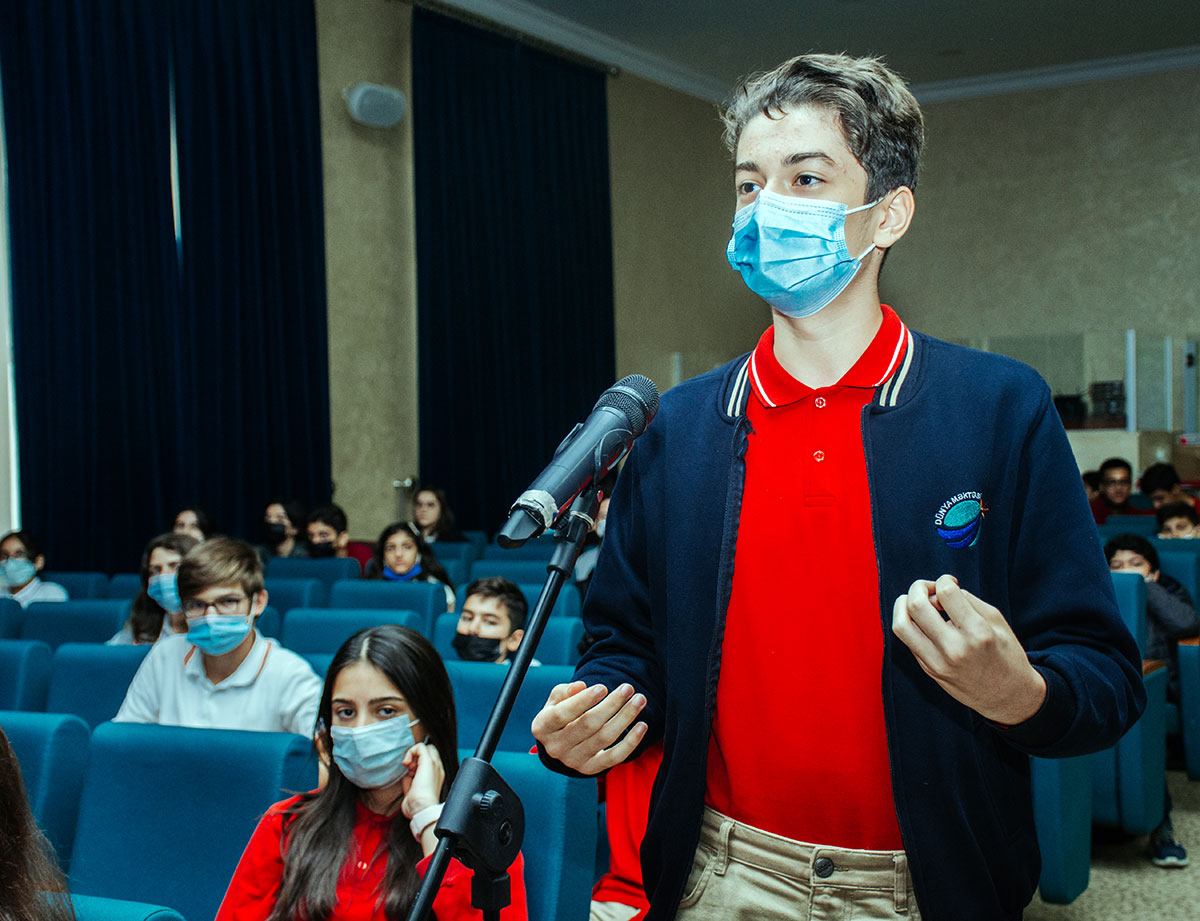 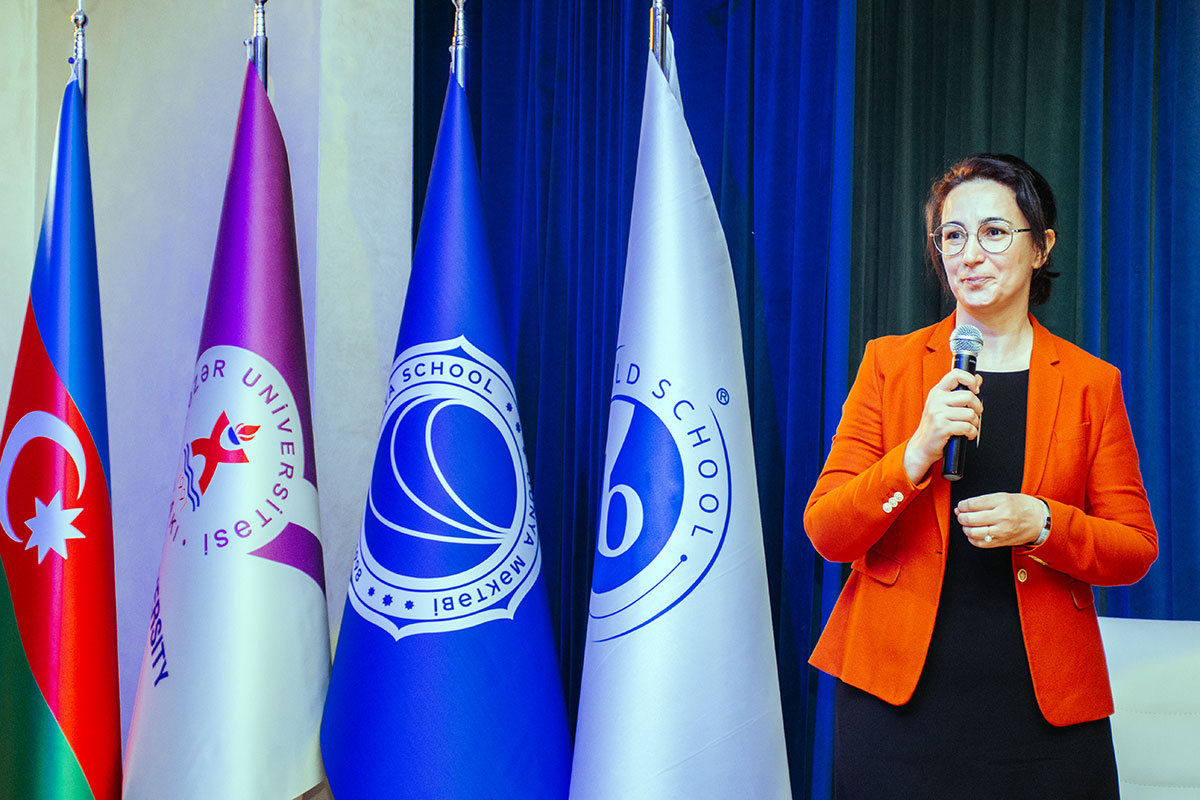 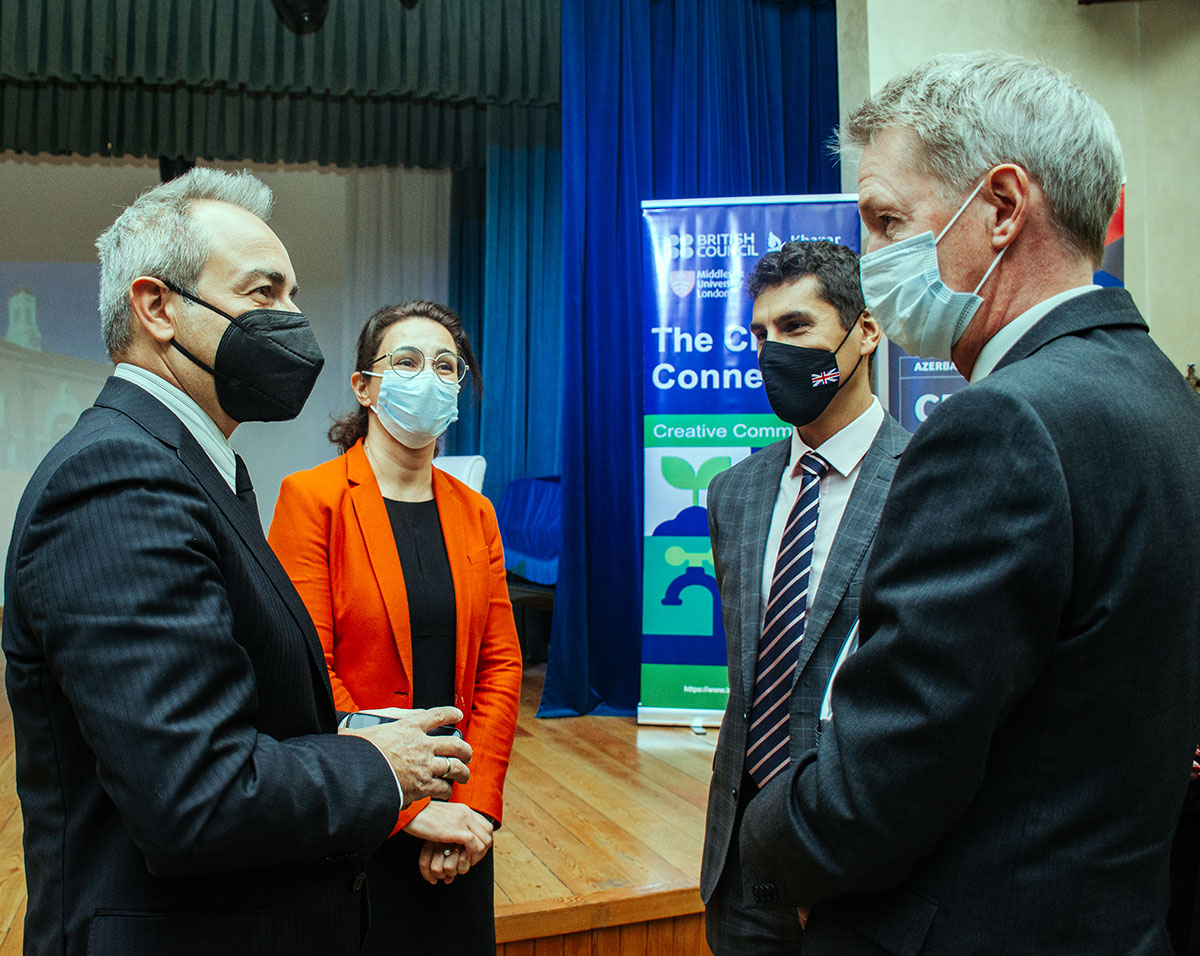