On June 2, 2016, Dunya School held an event for the public of Sumgayit in the 28 May Cultural Center of Sumgayit City. The event was to mark the opening of a new branch of Khazar University’s affiliate Dunya School in Sumgayit. First Professor Hamlet Isaxanli, the founder of Khazar University and Chairman of its Board of Directors and Trustees, greeted the audience and announced that he was happy to meet with them and to see the reconstruction works taking place in Sumgayit. He said he considered it a benefit to Sumgayit that a new branch of Dunya School would be established there.

Then the assembly continued with a concert program with performances by the Khazar University Chamber Orchestra led by Zulfiyya Sadigova as well as the Dunya School and Khazar University girls’ and boys’ dance ensembles. Khazar University music instructor Mehseti Jabbarova and PhD student Martha Lawry performed a duet on saz; Musa Abdullayev, student of the School of Economics and Management played a guitar solo; and Dunya School teachers and students acted out scenes of Shakespeare. Group photos were taken at the end of the event. 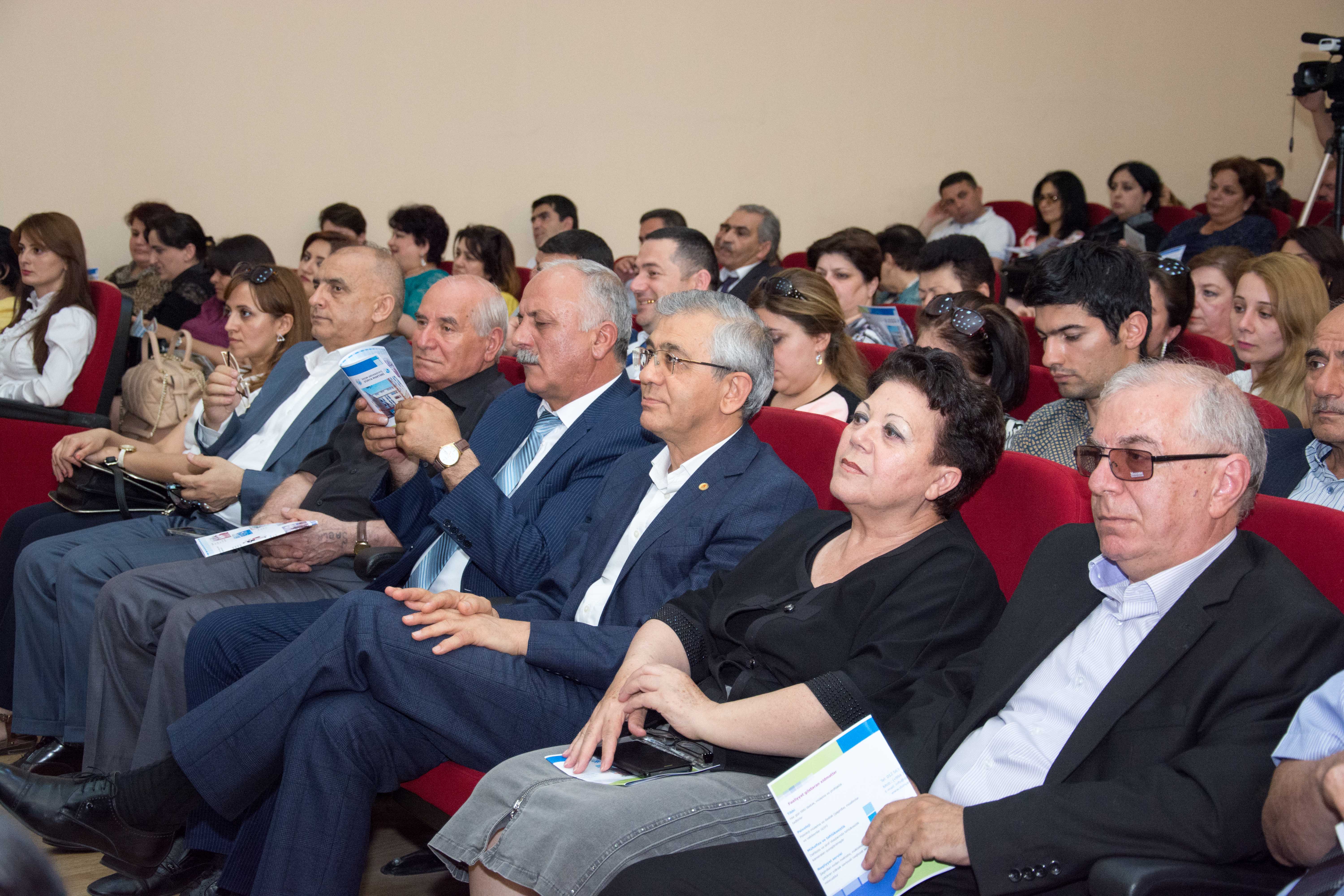 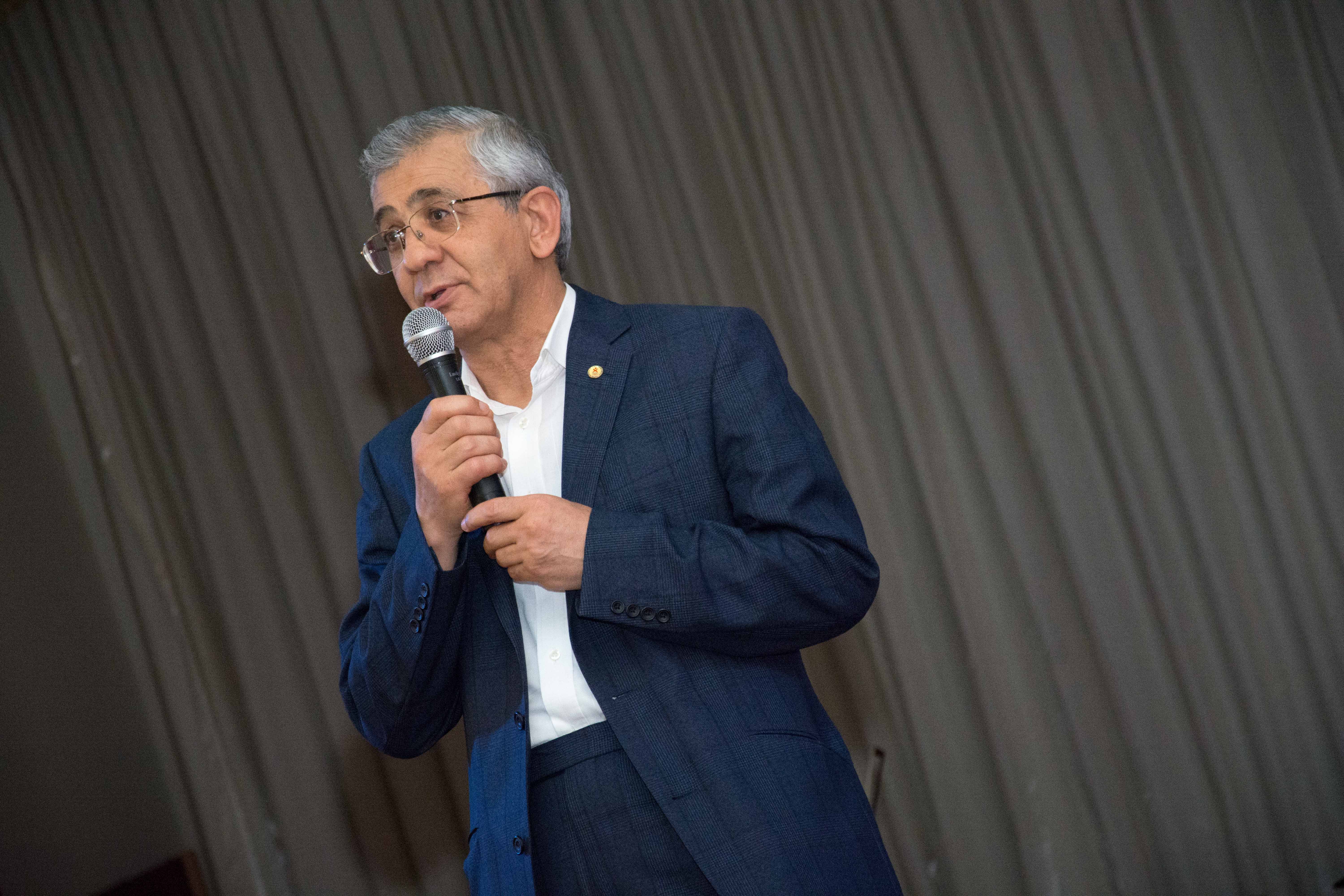 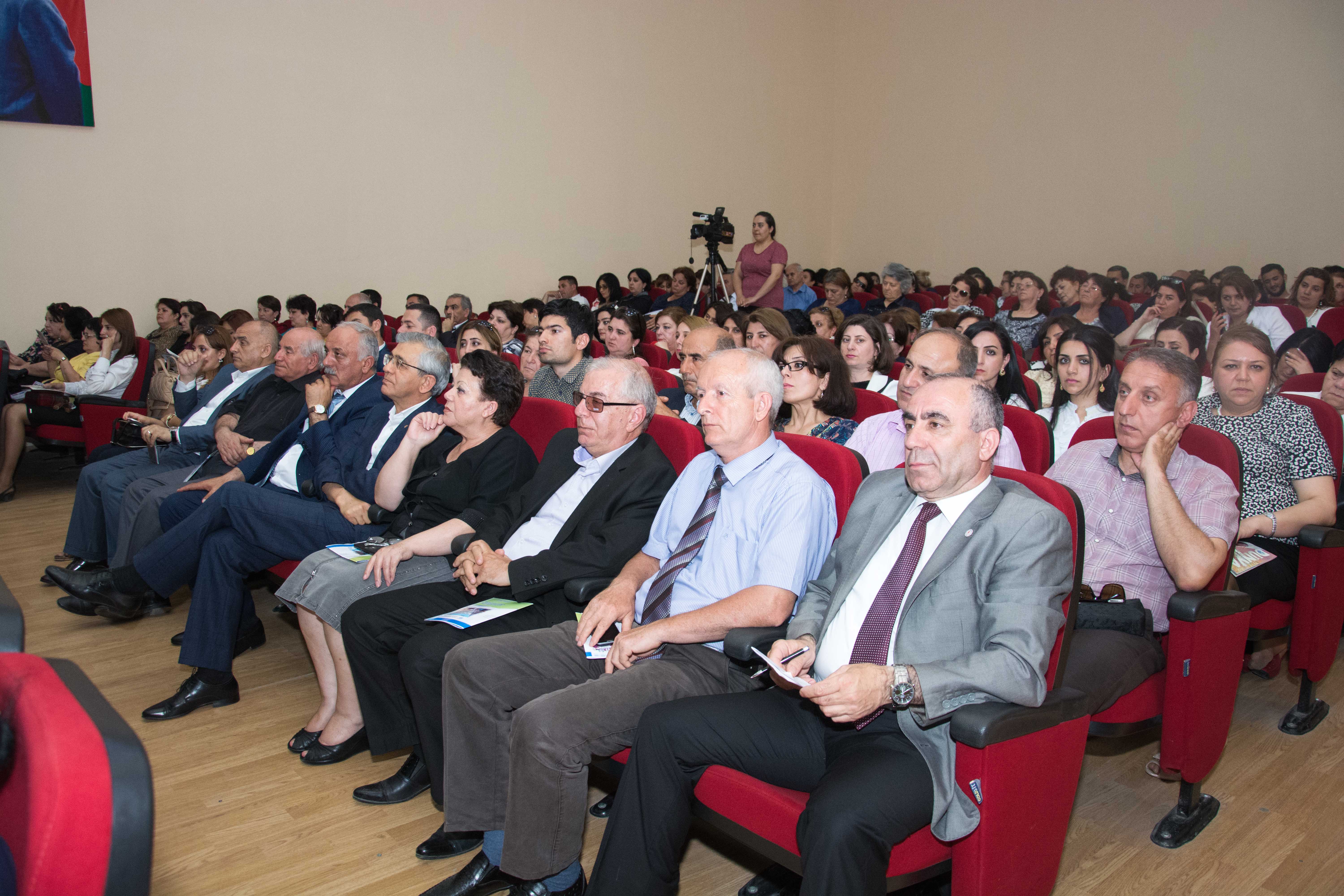 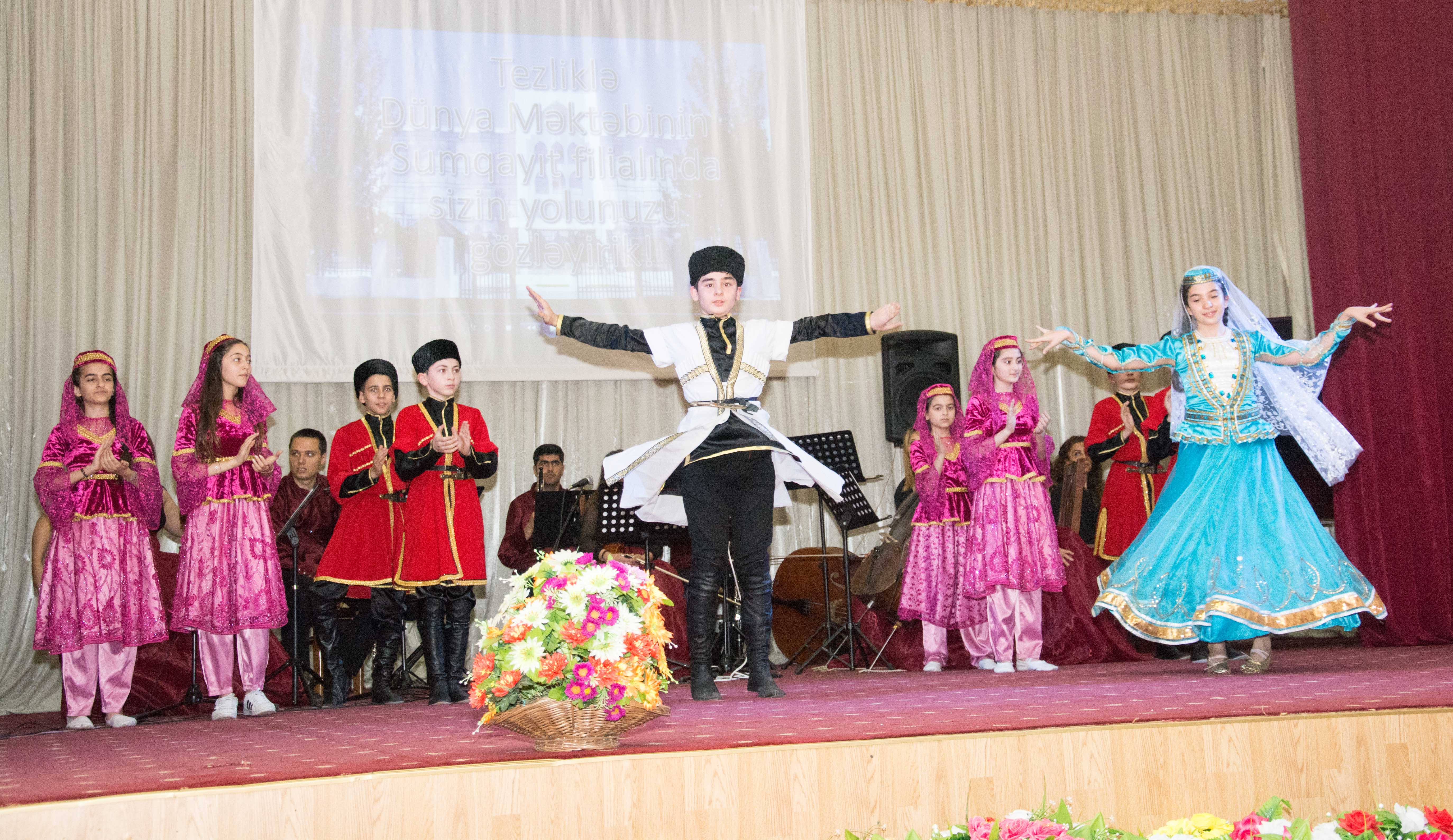 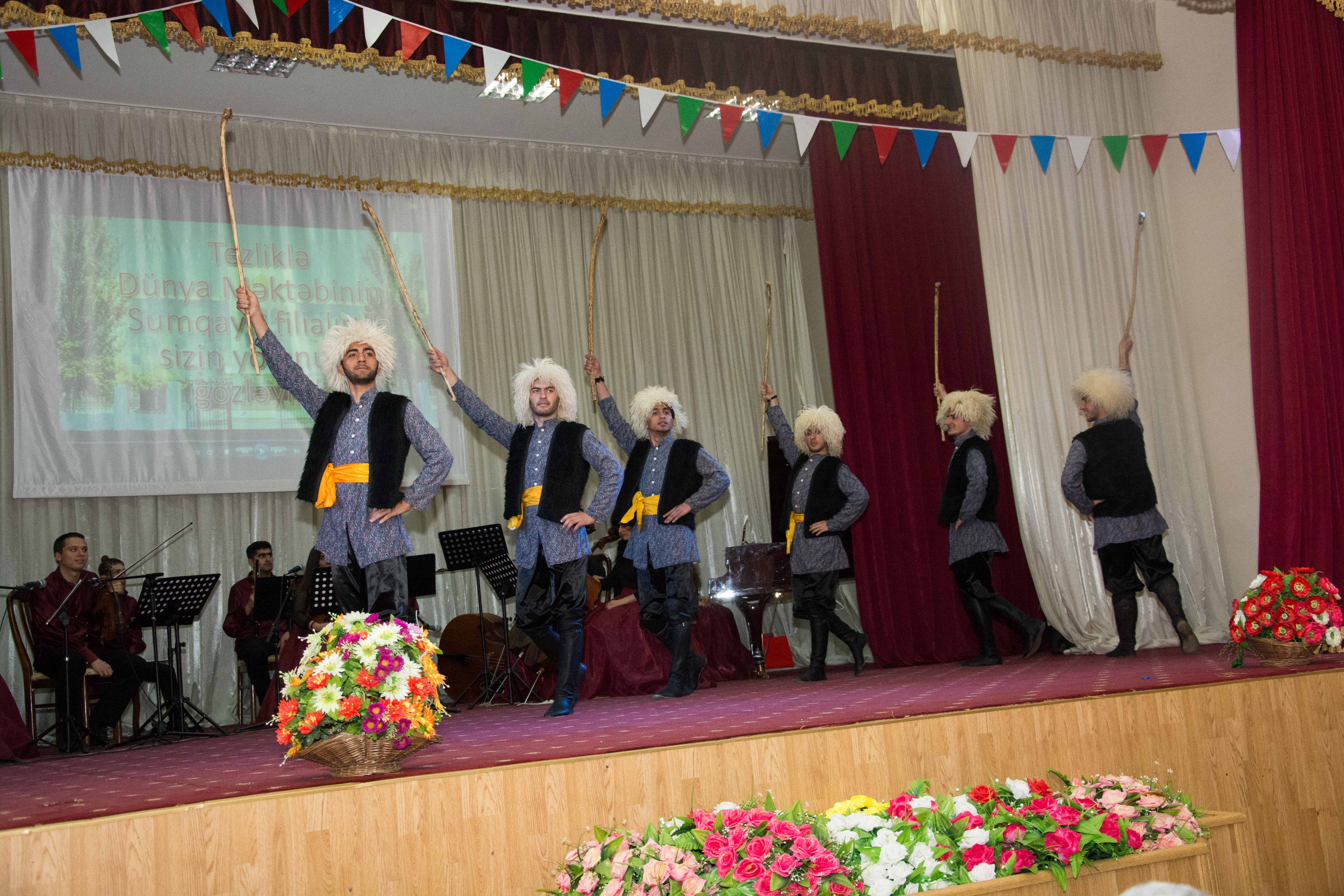 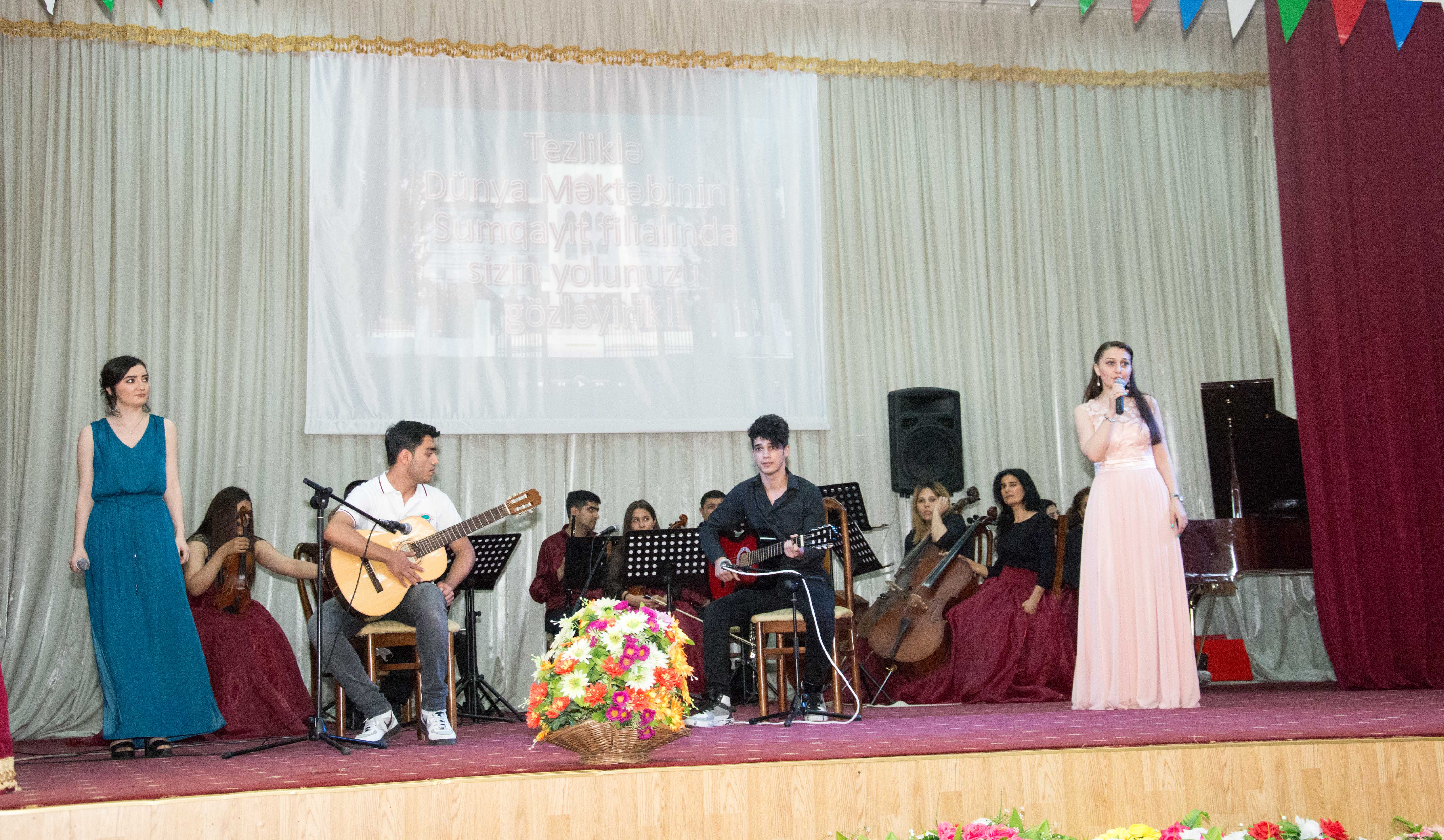 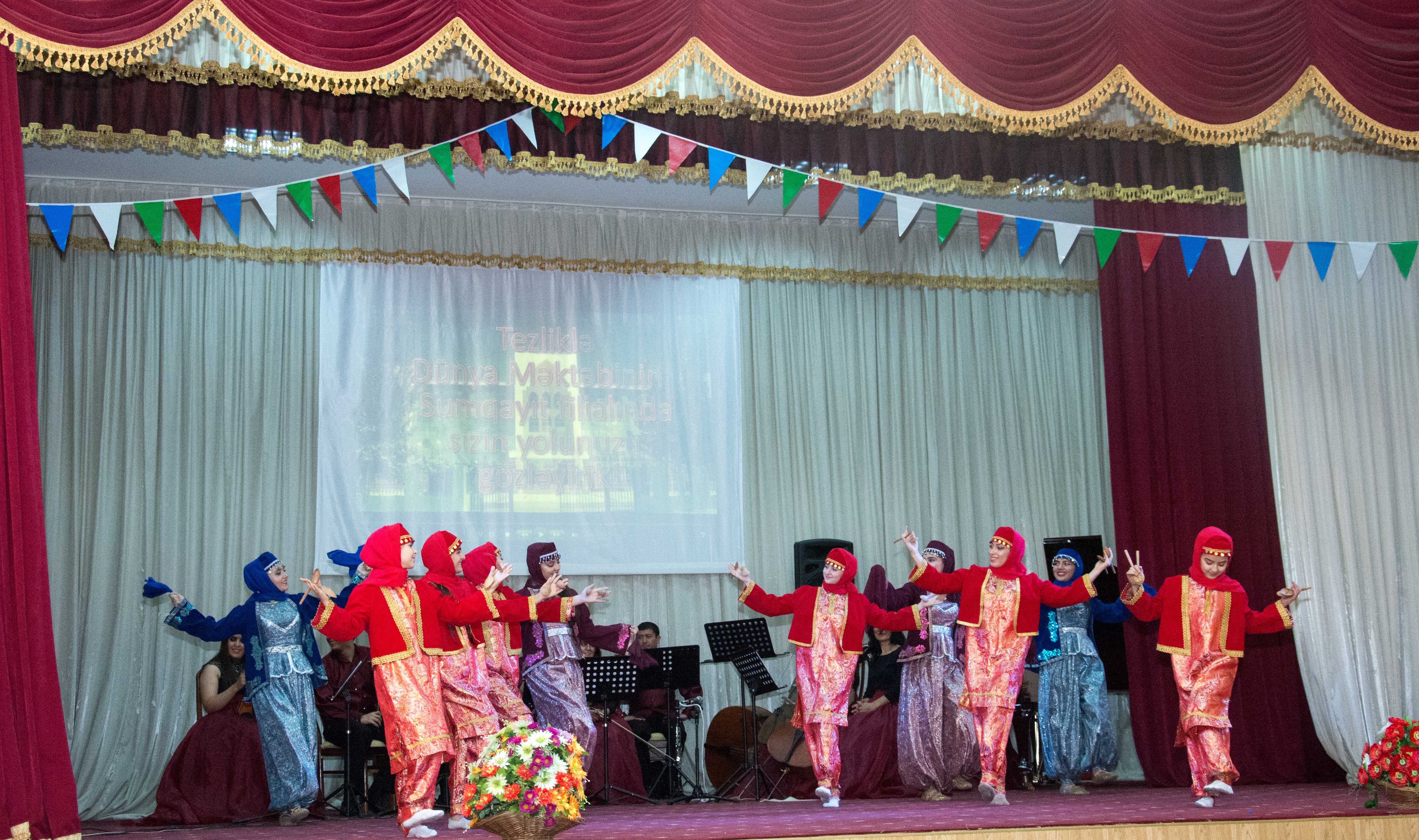 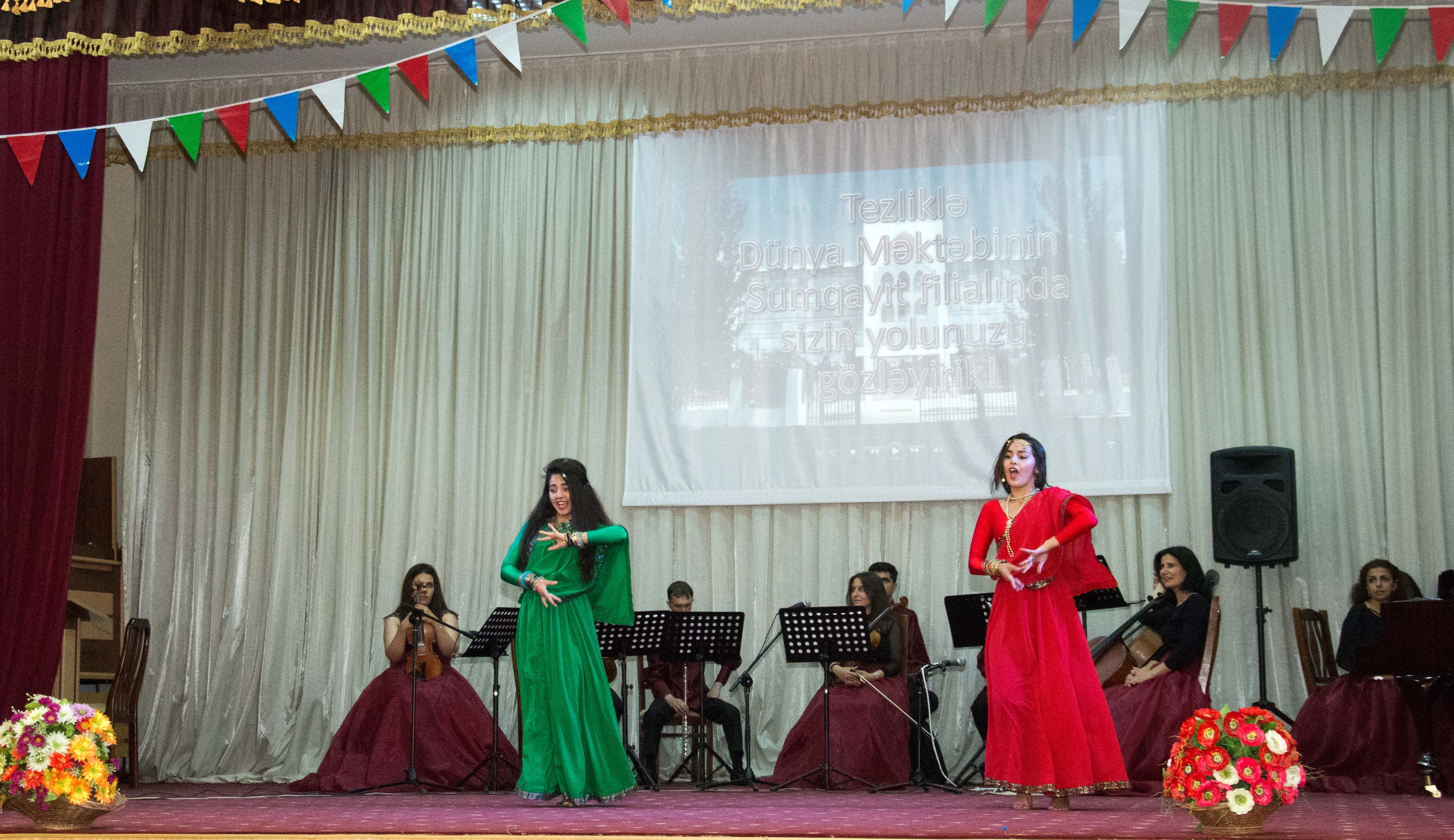 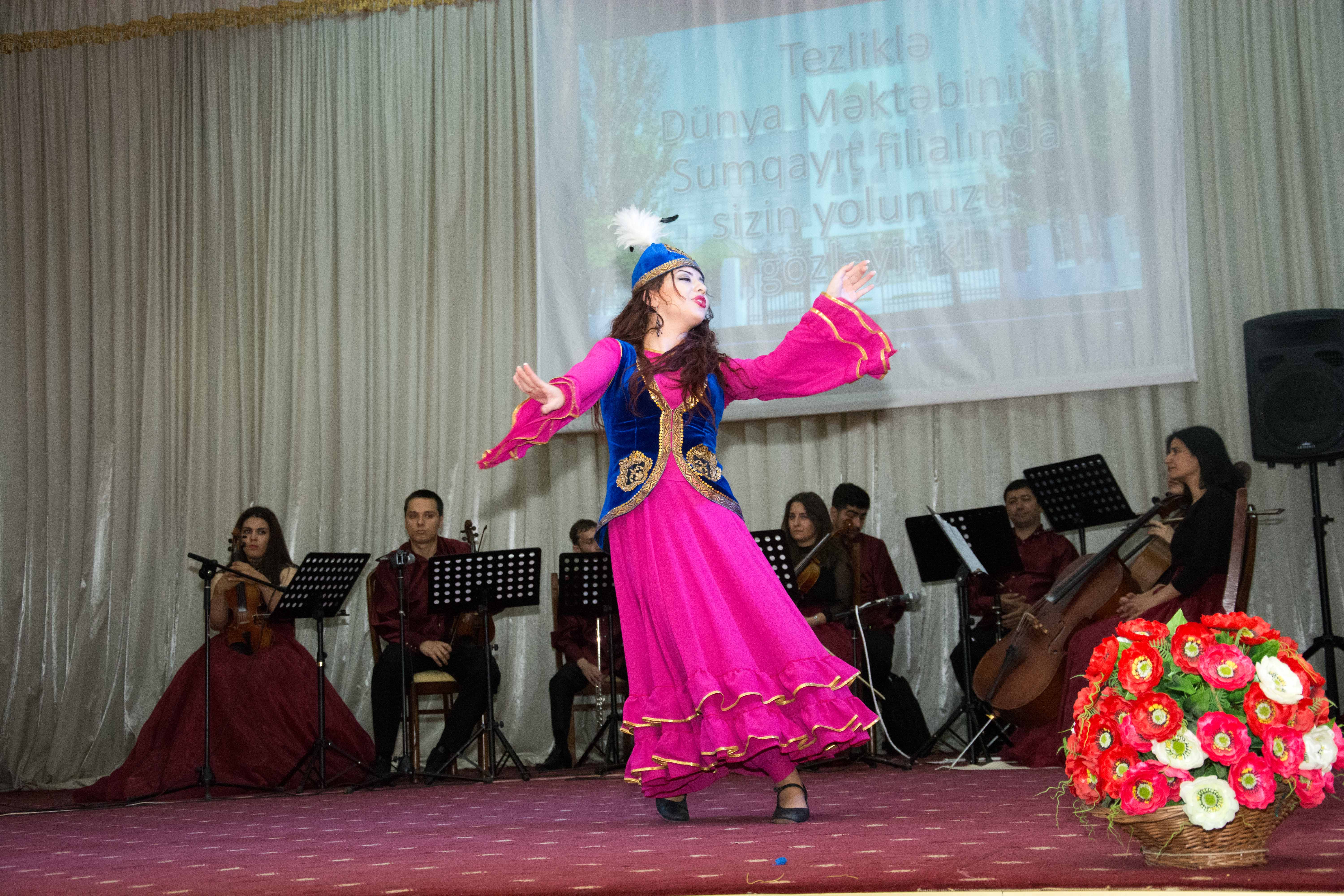