On 8th of October 2021, Khazar University successfully hosted a one-day conference titled ‘Assuming Responsibility for Climate Change’. The event’s name is the de-abbreviation of the arCc project, which is supported by the Creative Commissions programme of the British Council. The conference was organised with the participation of H.E. Mr. James Sharp, British Ambassador in Azerbaijan, and Mr. Francis Gardener Trejo, Country Director of the British Council. Professor Hamlet Isaxanli, Founder of Khazar University and Chairman of the Board of Directors and Trustees, opened the event, underlining the importance of theme as well as specifying both physical and biological causes of climate change.

H.E. Mr. James Sharp reported on the Climate Change initiatives of the UK government and changes it brings to the society and people’s life. Mr. Ambassador elaborated on how different challenges were addressed to deal with the Climate Change. Mr. Gardener-Trejo talked about educational programme supported by the British Council and specifically on the Climate Connections. They both provided cases and examples how the issue are addressed by the UK government.

Raziya Isayeva, Development Director of Khazar University, introduced the audience to the tarCc project, interlinking it with the fact of fruitful cooperation between the British Council and the university. Her presentation was followed by Dr. Rovshan Abbasov’s speech – the Chair of Khazar University’s Department of Geography and Environment spoke on the context of establishing a proper framework on dealing with climate change. At the second part of the conference, Rovshan Karimov from the Department of Geography and Environment of Khazar University talked about the phenomenon of climate change as one of the reasons for mass migration on the global scale.

After the coffee break, Medina Hajiyeva, the Commissioning Manager for the Electro chlorination unit for potable water disinfection, presented on water usage in ragards of the discussed topic. She focused on the wastewater, offering some advice on how to reduce it. Saida Mammadova, the 11th grade student of Tereggi lyceum, shared her experience of taking part in the Youth Climate Summit in Milan, calling students to be active on climate change topics.

Further on, Şahnaz Amanova, Department of Geography and Environment, Khazar University Climate, informed participants about the impact of climate change on life in cities. Ali Mammadov, Youth COP delegate, gave the event’s final presentation – his speech was on waste recycling. The conference’s closing remarks arrived from Professor Hamlet Isaxanli who congratulated the hosts and audience with the successfully arranged discussion on one of the most important topics of global significance. 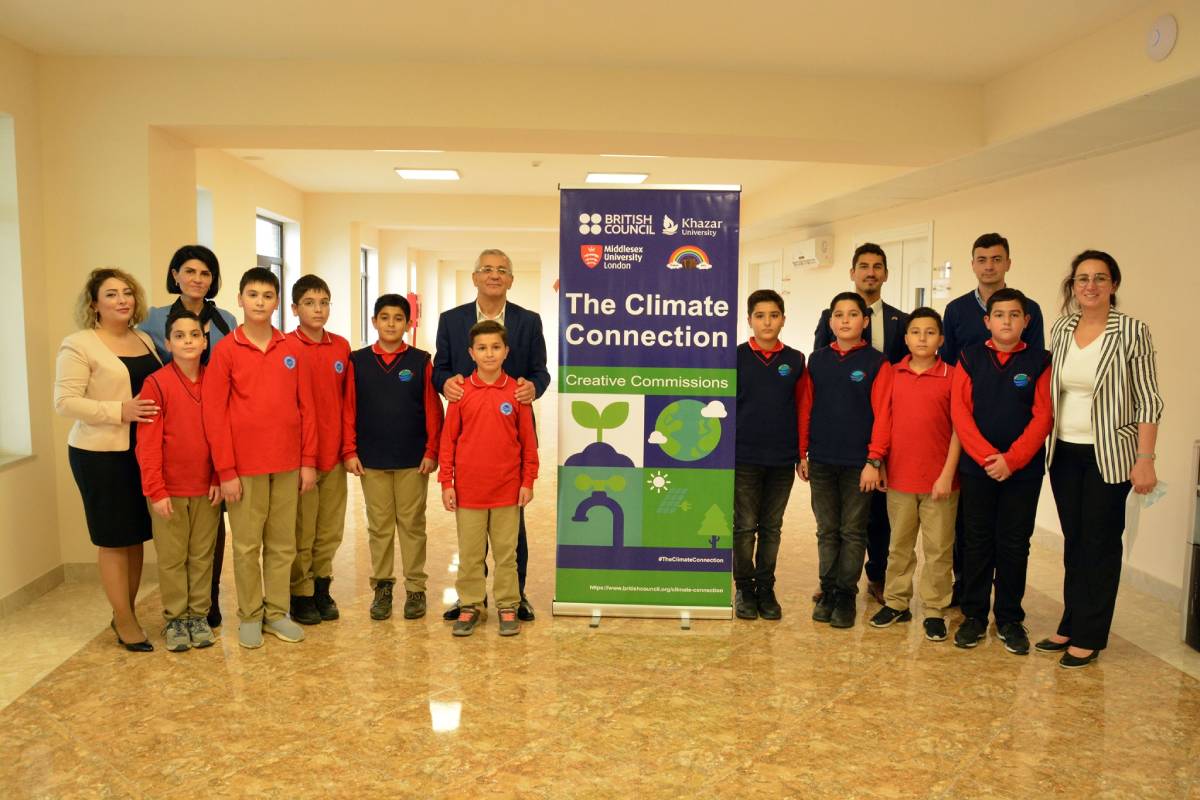 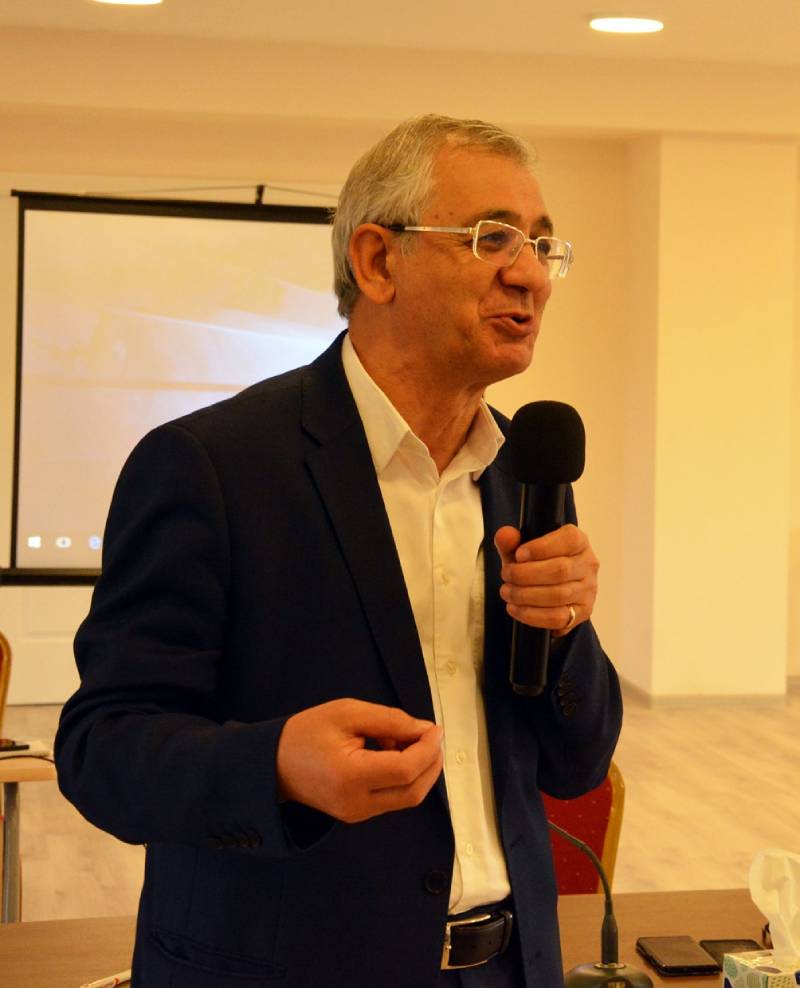 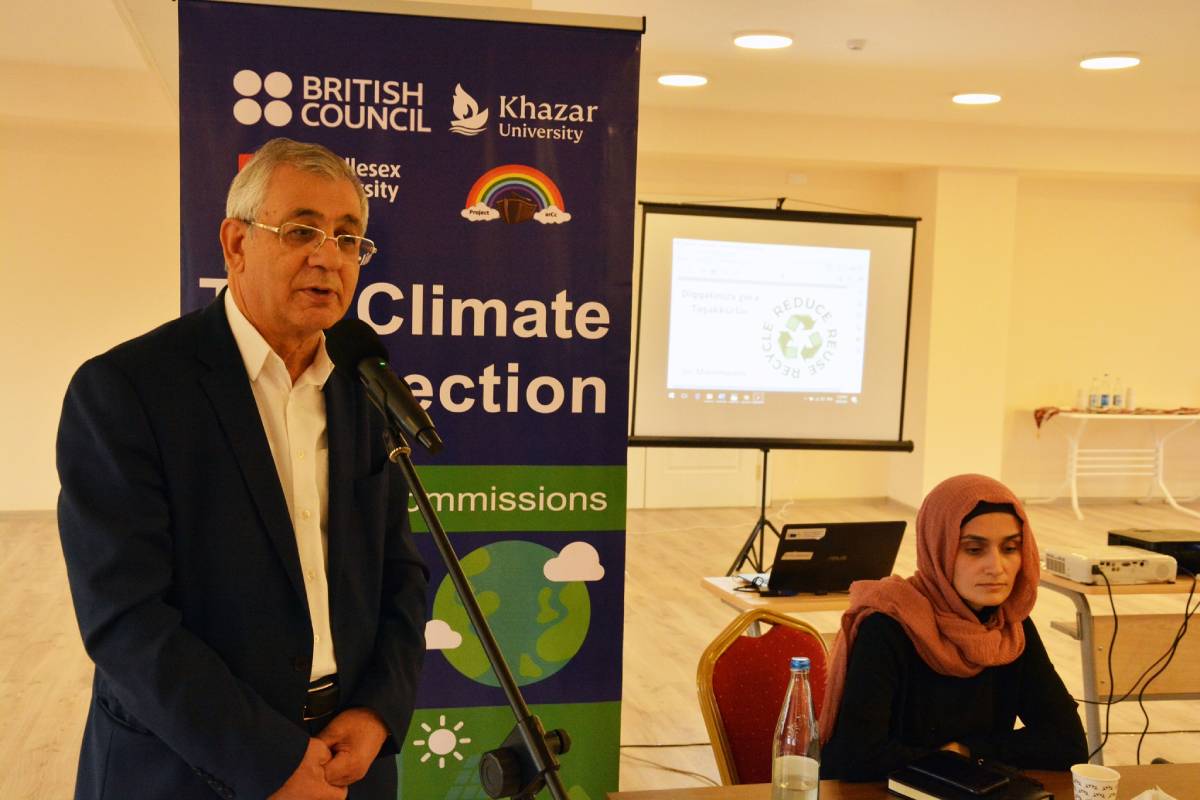 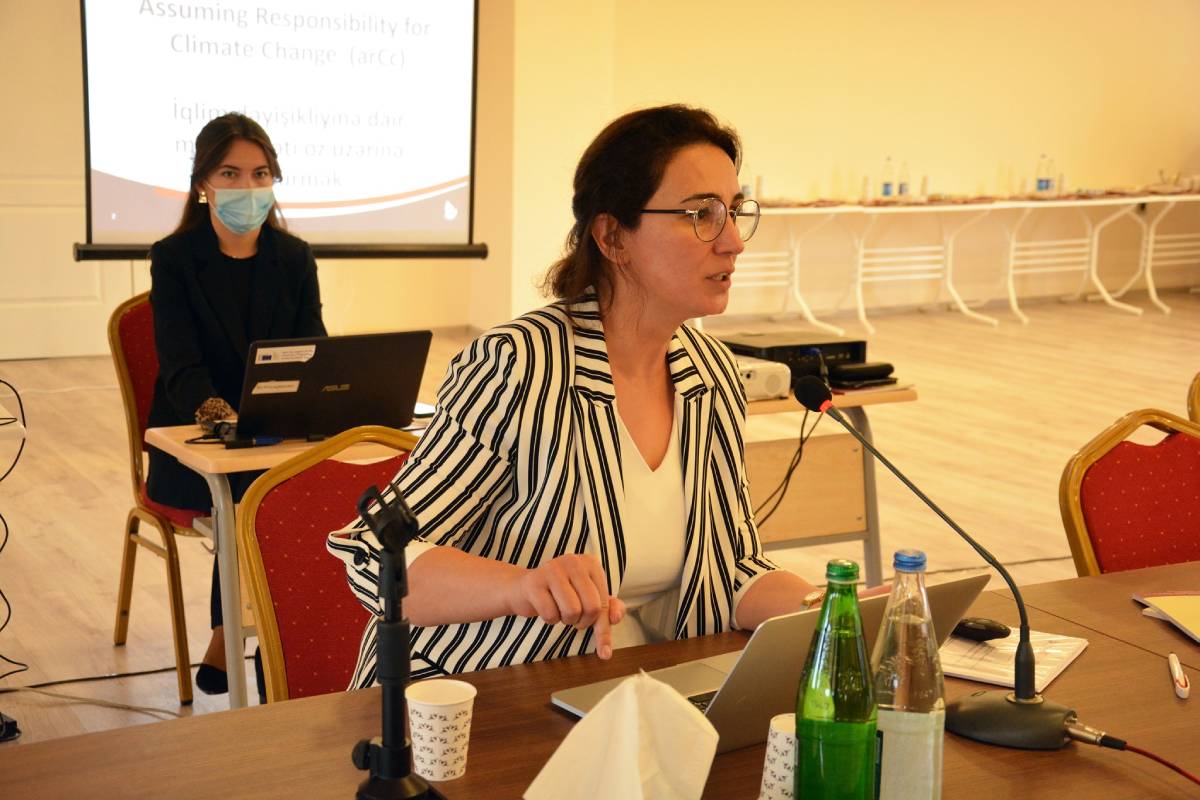 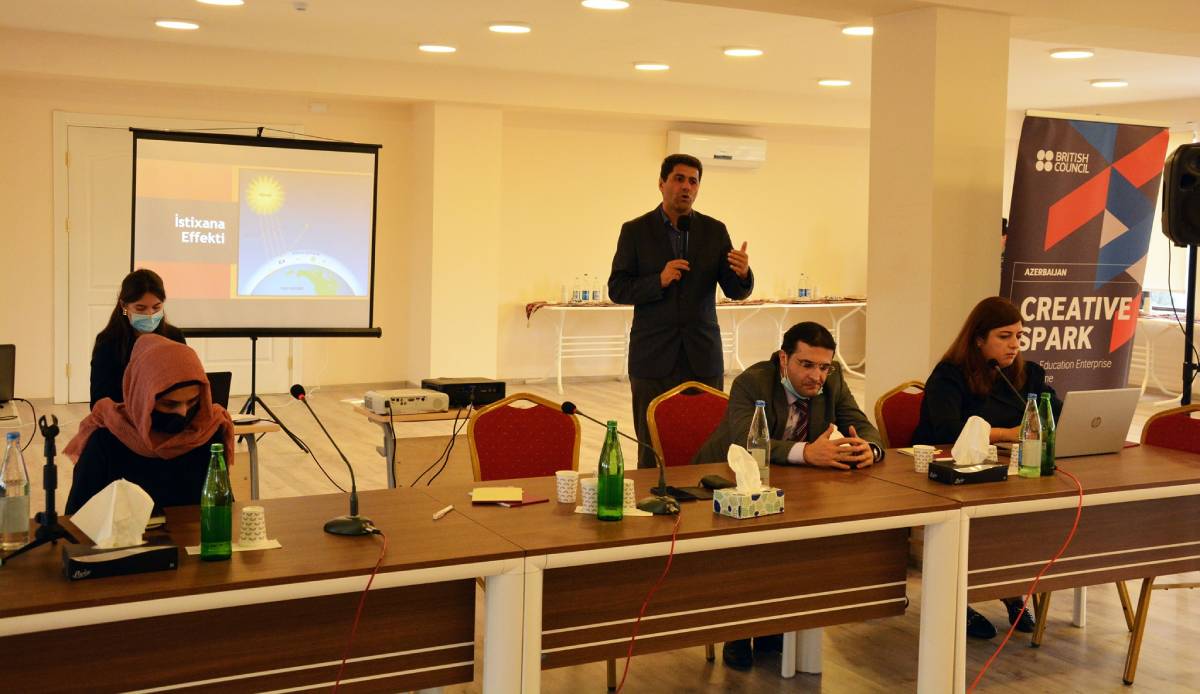 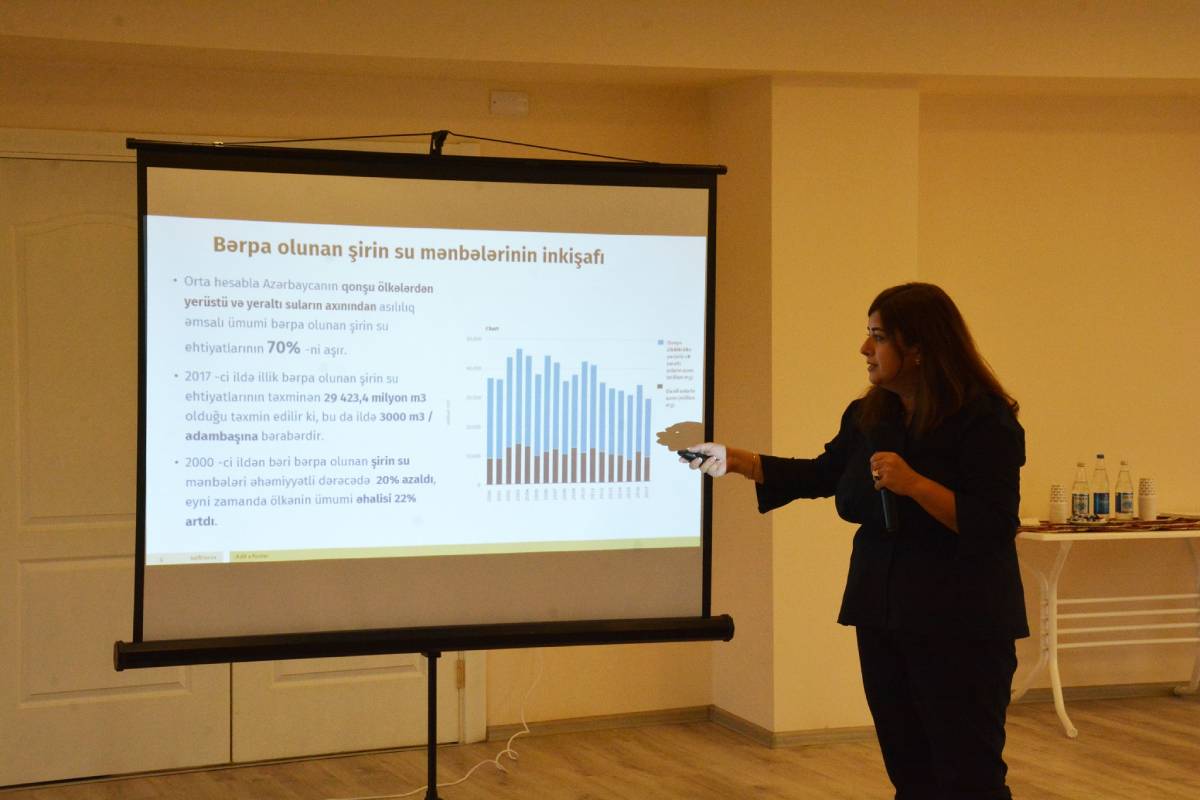 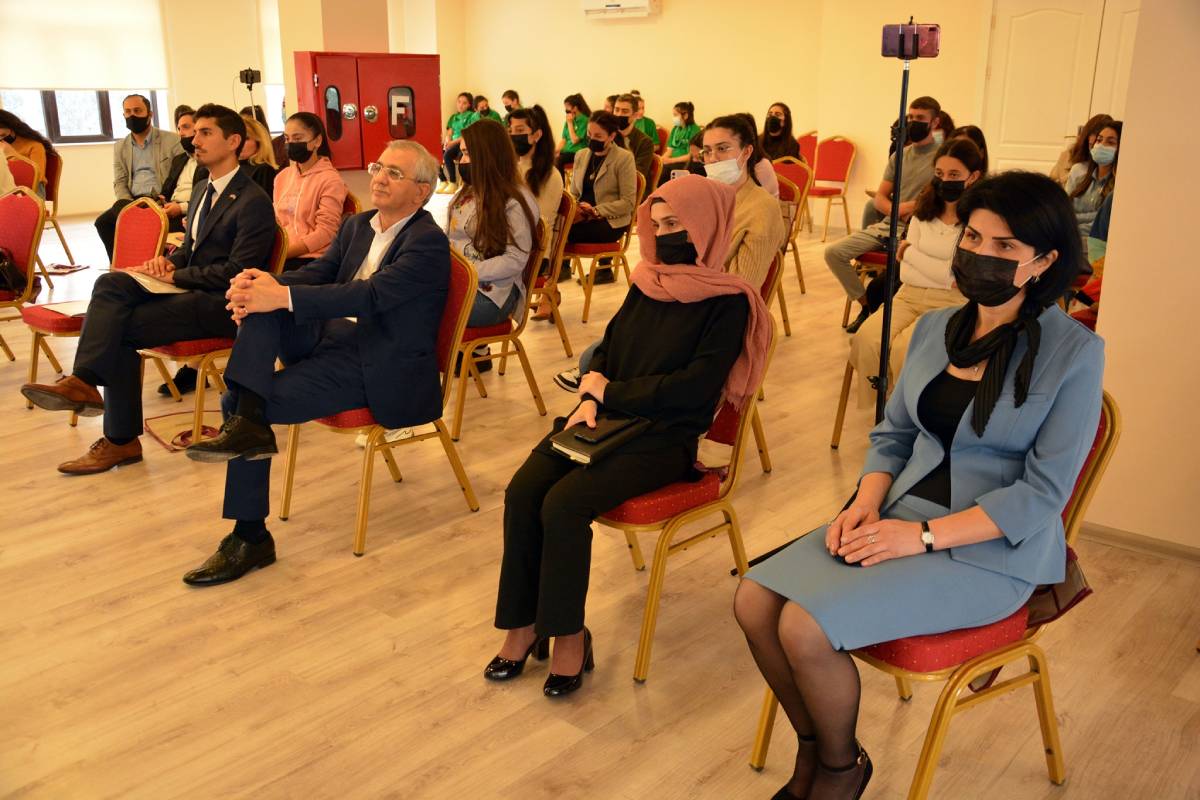 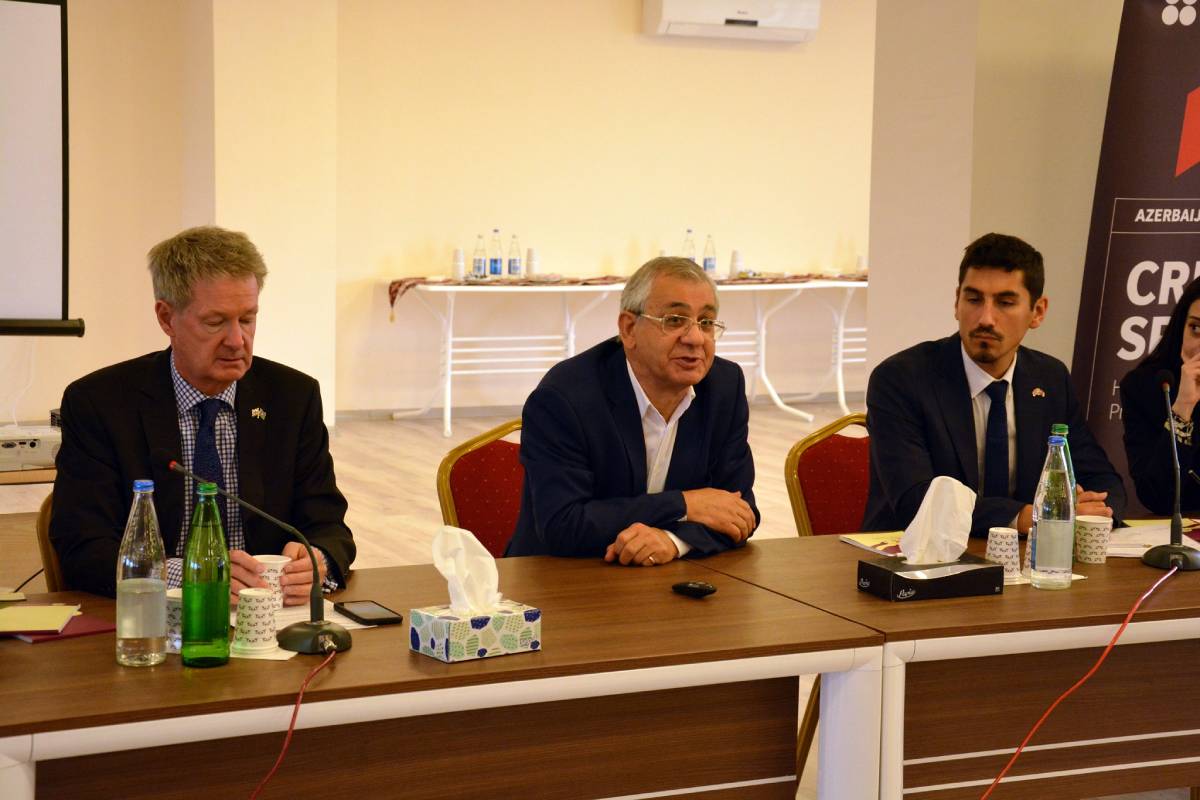 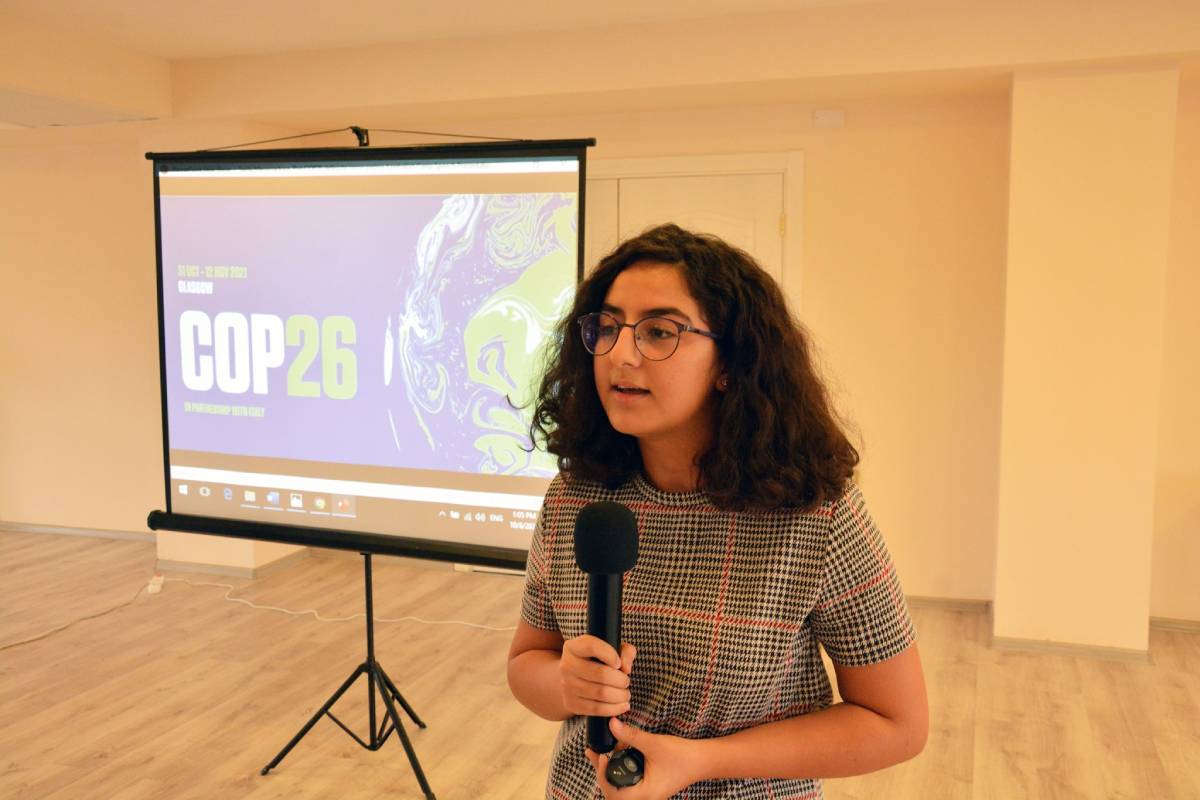 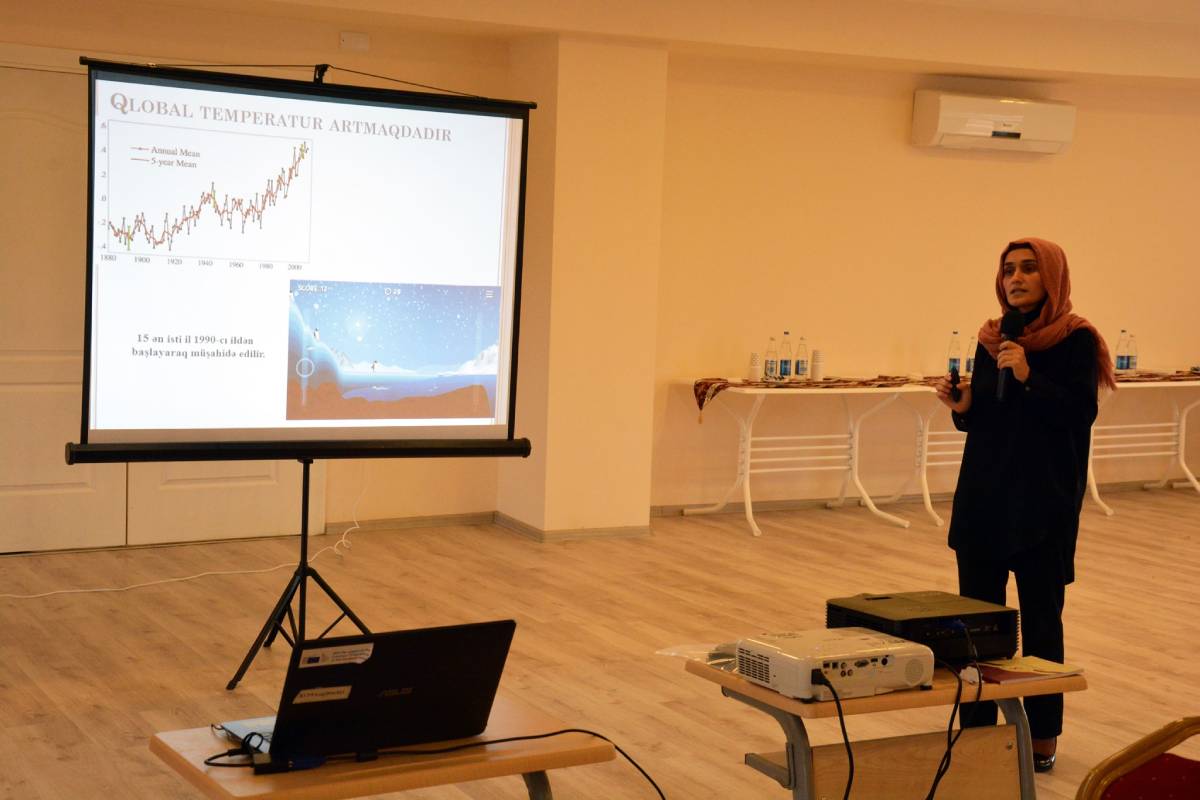 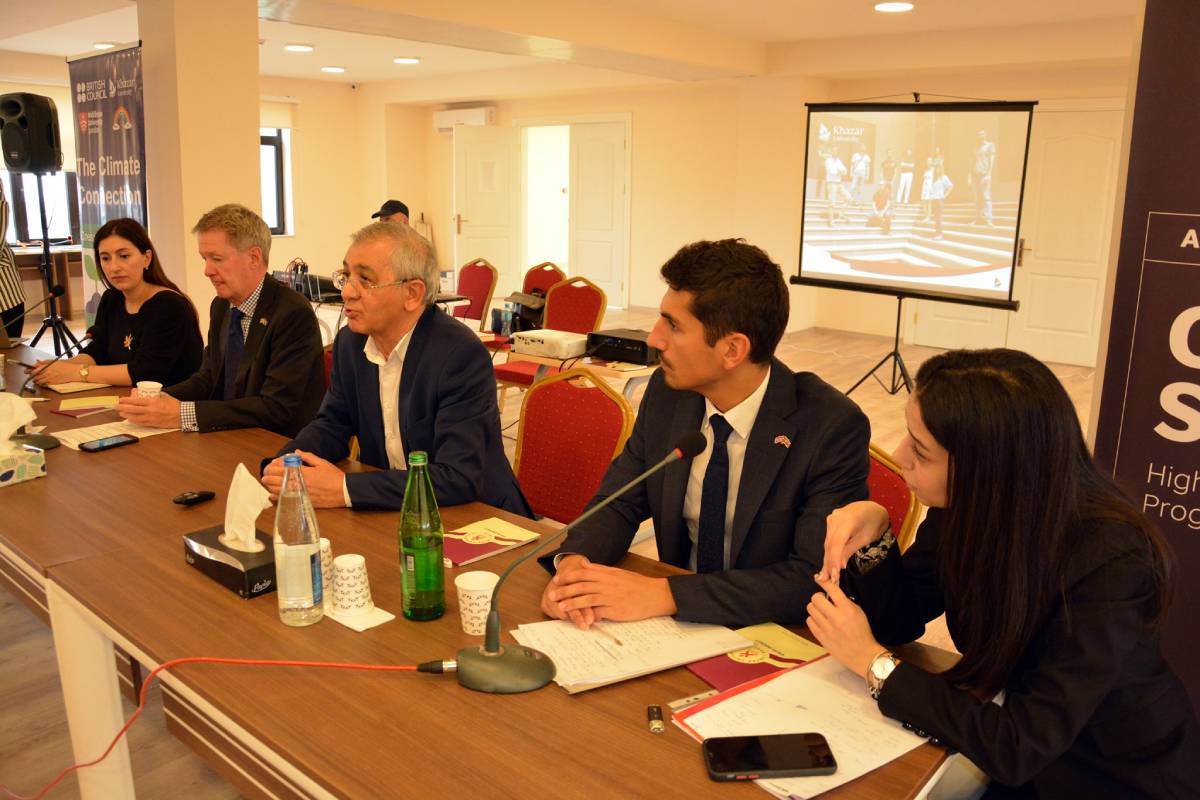 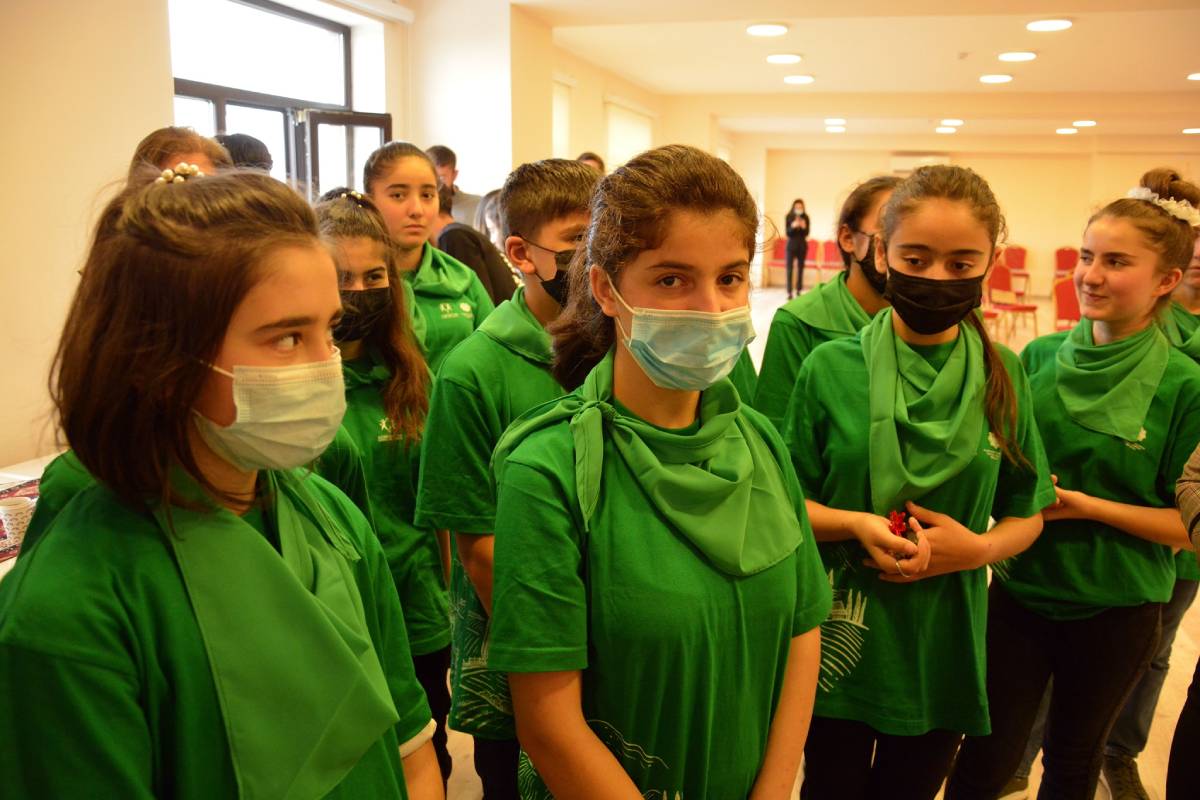 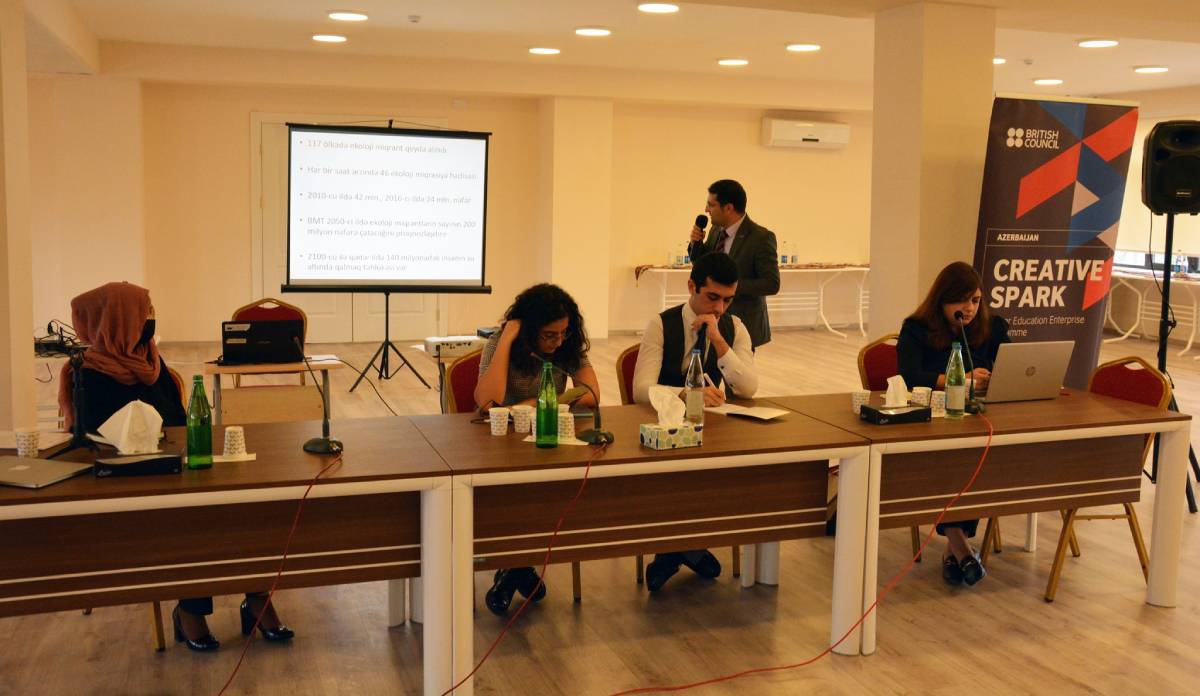 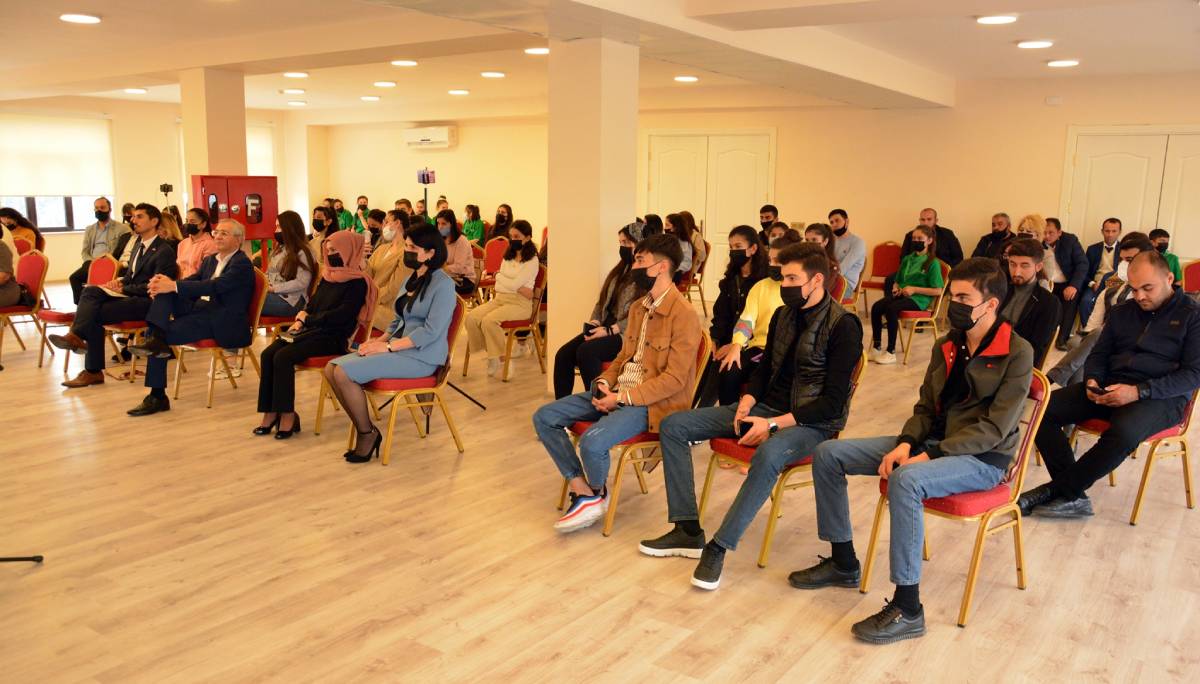