On November 11, 2022, at the JW Marriott Absheron Hotel, the presentation of the Nailekhanim scholarship, established by the Nailekhanim Foundation, was held. Female students selected by the Foundation to study at Khazar University between 2022 and 2025 were awarded.

In their opening remarks, Khazar University rector associate professor Irada Khalilova, member of Khazar University Board of Directors and Trustees Aygün Gardiner, head of the Department of Education Abroad and Work with International Students of the Ministry of Education Mujdat Hasanov, and Resident Coordinator of the UN in the Republic of Azerbaijan Vladanka Andreyeva spoke about the importance of establishing the scholarship, and emphasized that it is another effective means of communication between Azerbaijan and foreign countries in the field of education.

A video film dedicated to the life and activities of Nailekhanim Isayeva was shown, accompanied by the Khazar University Chamber Orchestra (artistic director, the head of the university's Music and Art Department, honored teacher, pianist Zulfiya Sadigova), and the song "Dunya" composed by Nailekhanim Isayeva to the words of Hamlet Isakhanli, was performed by the university and the "Dunya" school united choir under the conductorship of university faculty member Mahsati Jabbarova.

Then a panel discussion on "The role of higher education in empowering women: challenges and opportunities" was held under the moderatorship of Aygün Gardiner. William abi Abdallah, deputy representative of the UN Children's Fund (UNICEF) in Azerbaijan, Rahilya Geibullayeva, head of the Department of Azerbaijani Literature at Baku Slavic University, Vafa Kazdal, vice-rector for Academic Affairs of ADA University, and Gunel Aghabeyli, founder and director of the Azerbaijan Women in Science Youth Organization, took part in the discussion.

Then there was the presentation of awards. The awards to Italian citizen Claudia Palazzo (PhD studies in International Relations) and Indonesian citizen Brilliant Windy Khairunnisa (Master's studies in International Relations and Diplomacy) were introduced by the founder of Khazar University, Chairman of the Board of Directors and Trustees, professor, academician Hamlet Isakhanli, Vladanka Andreyeva, UN Resident Coordinator in the Republic of Azerbaijan, and Indra Agustini, First Secretary of the Indonesian Embassy in Azerbaijan. The scholarship winners expressed their gratitude to the Nailekhanim Foundation.

Note that the scholarship of Nailekhanim Foundation, which was established in memory of Nailekhanim Isayeva, the outstanding educator, educational organizer, founder of "Dunya" school, was presented for the second time. The first presentation was held in November 2021 at Khazar University with the presentation of the award to Afghan student Bibi Raihan Hamidi. 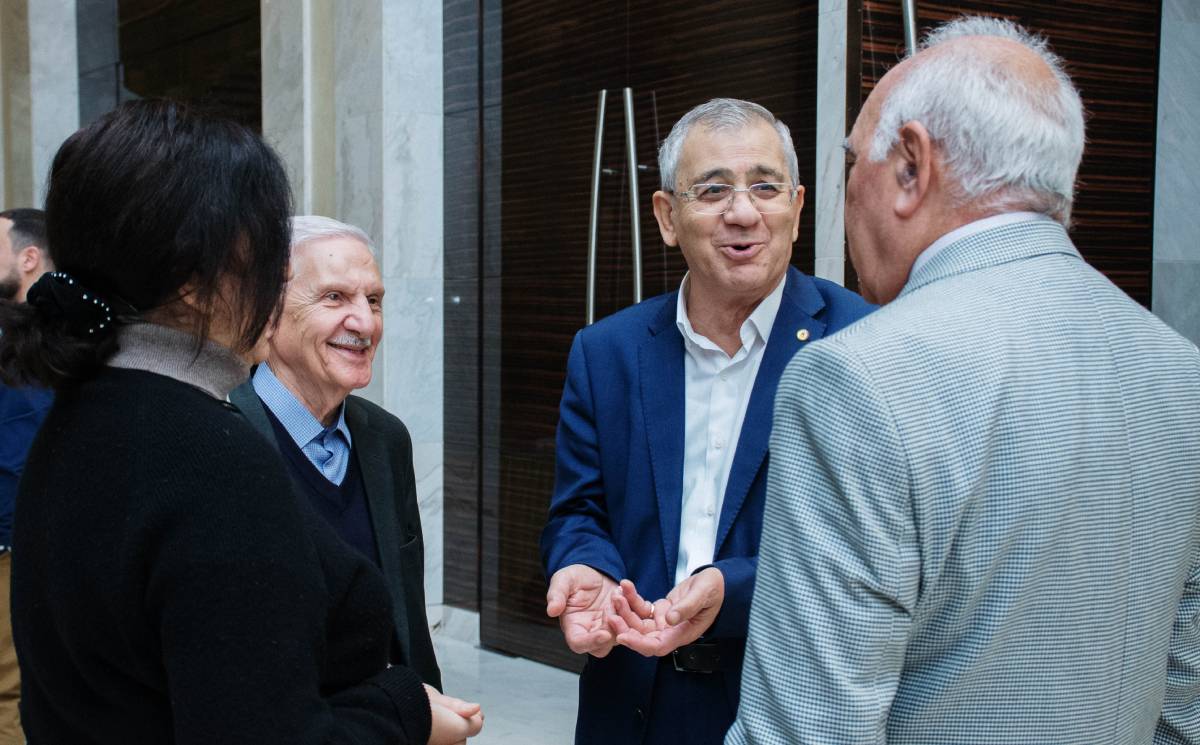 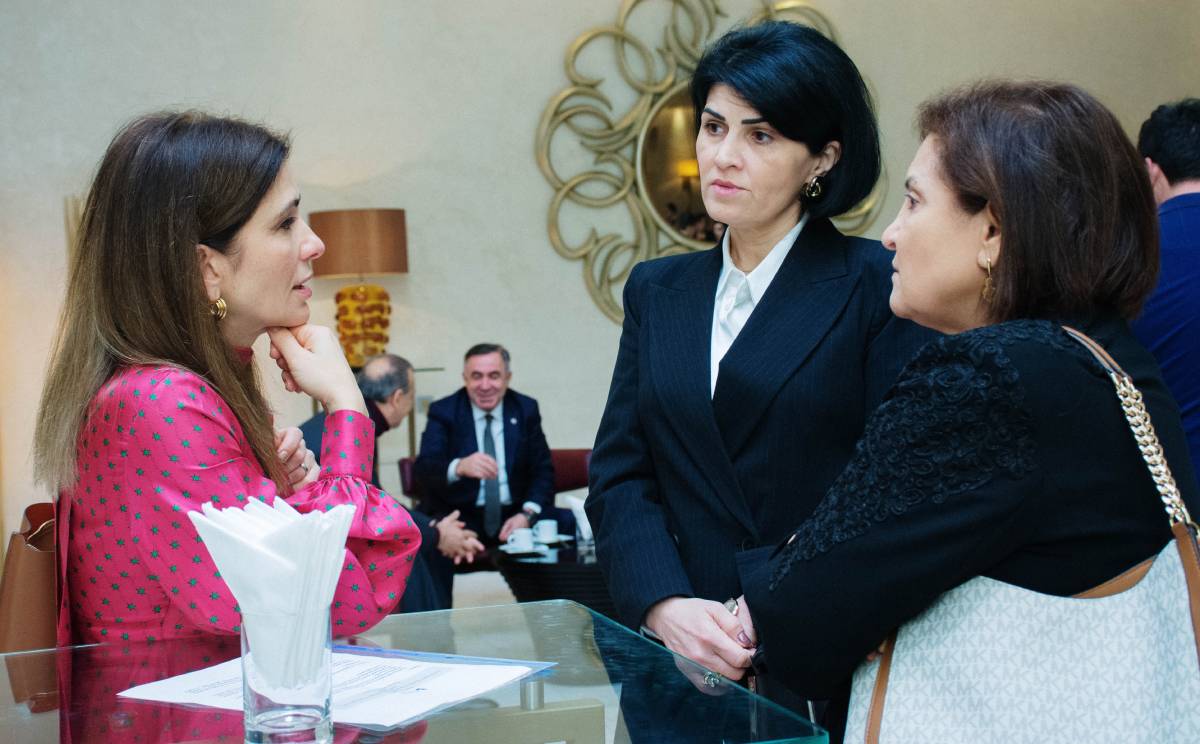 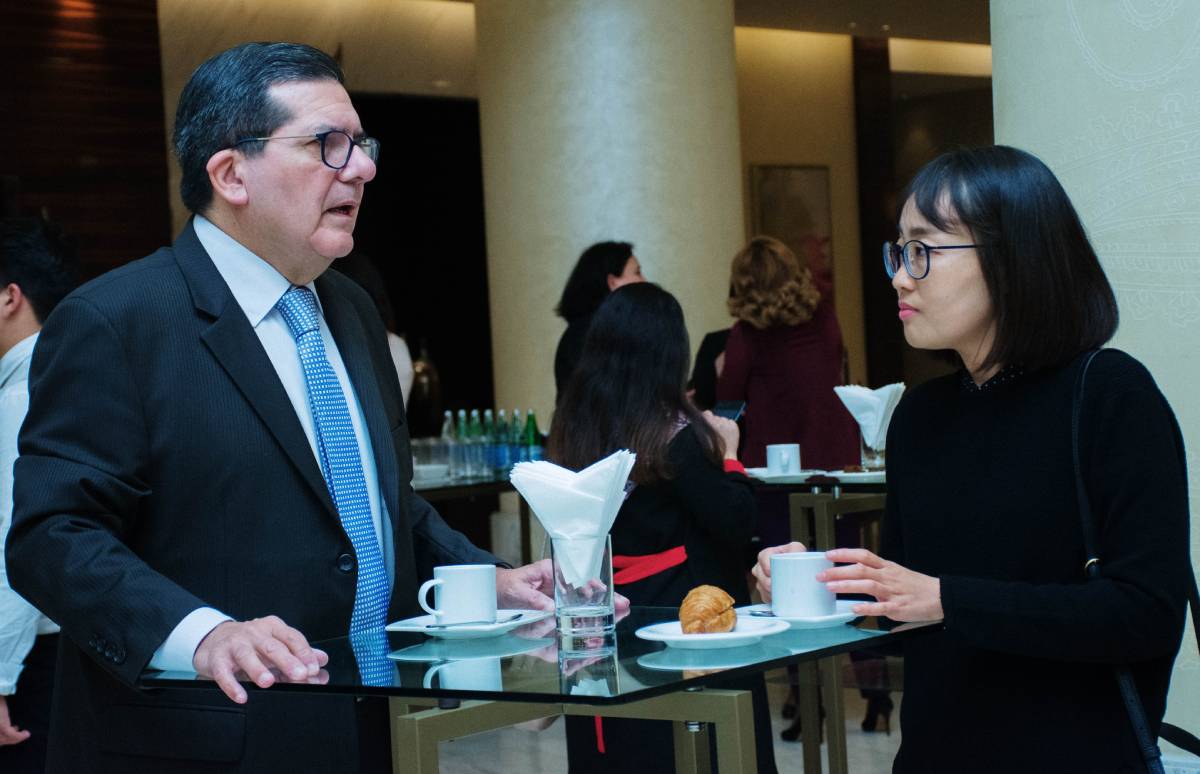 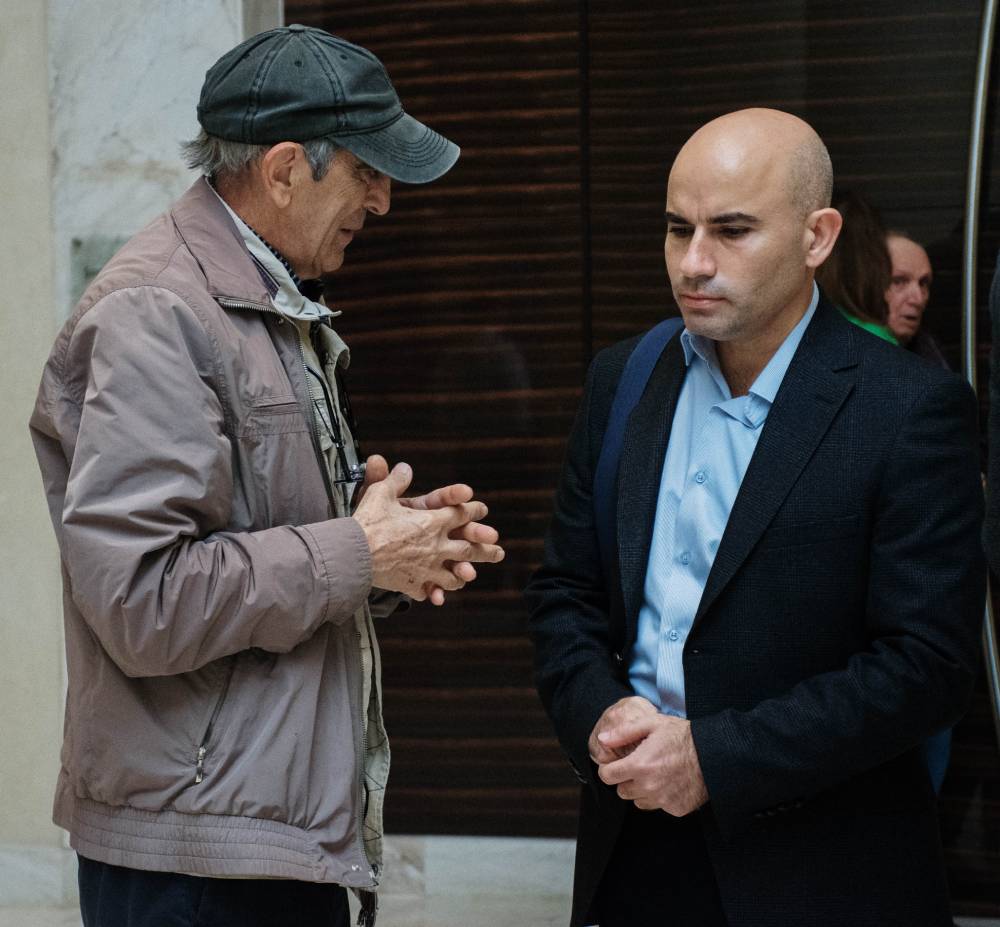 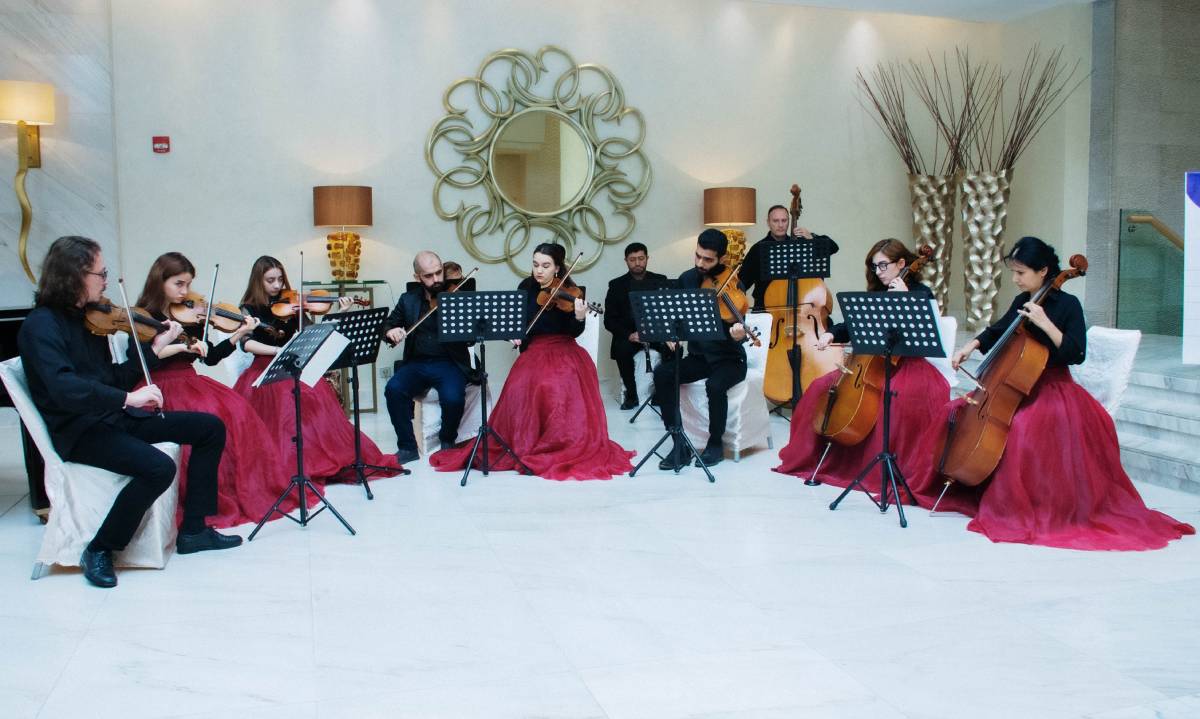 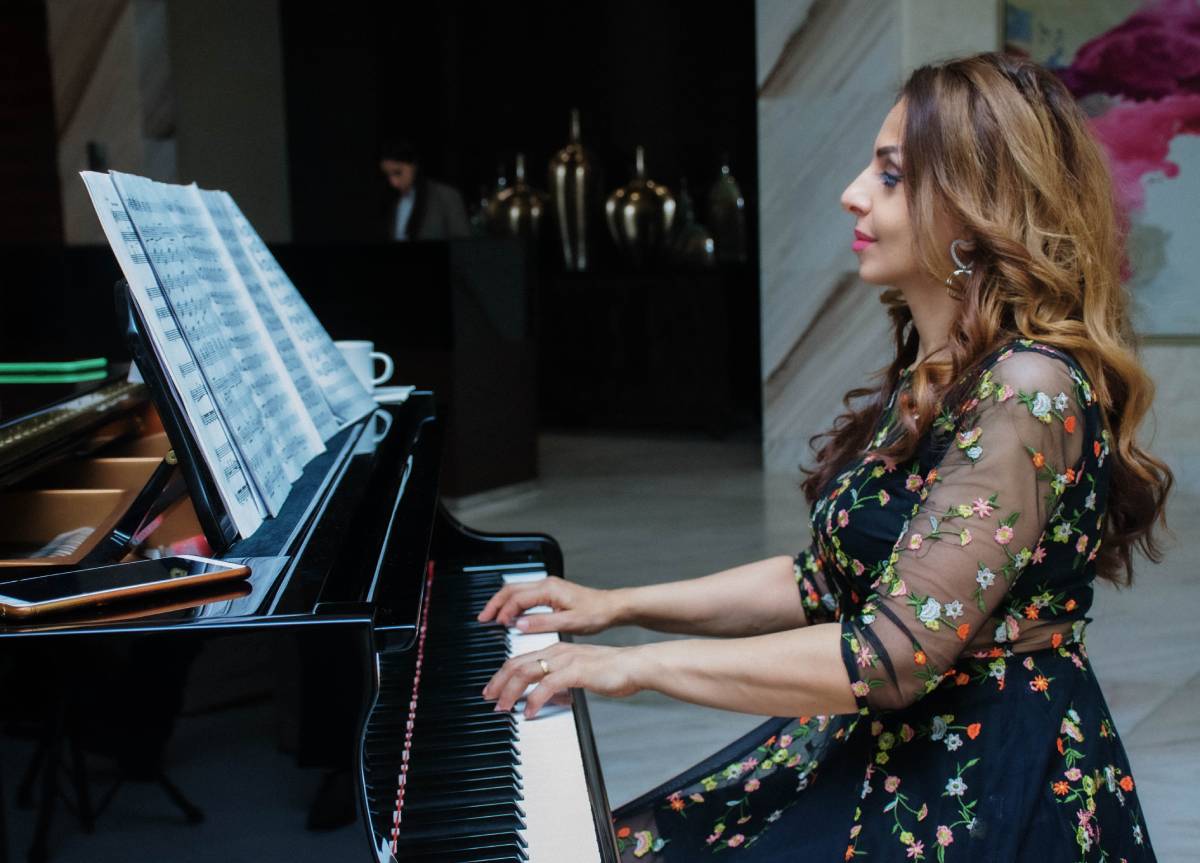 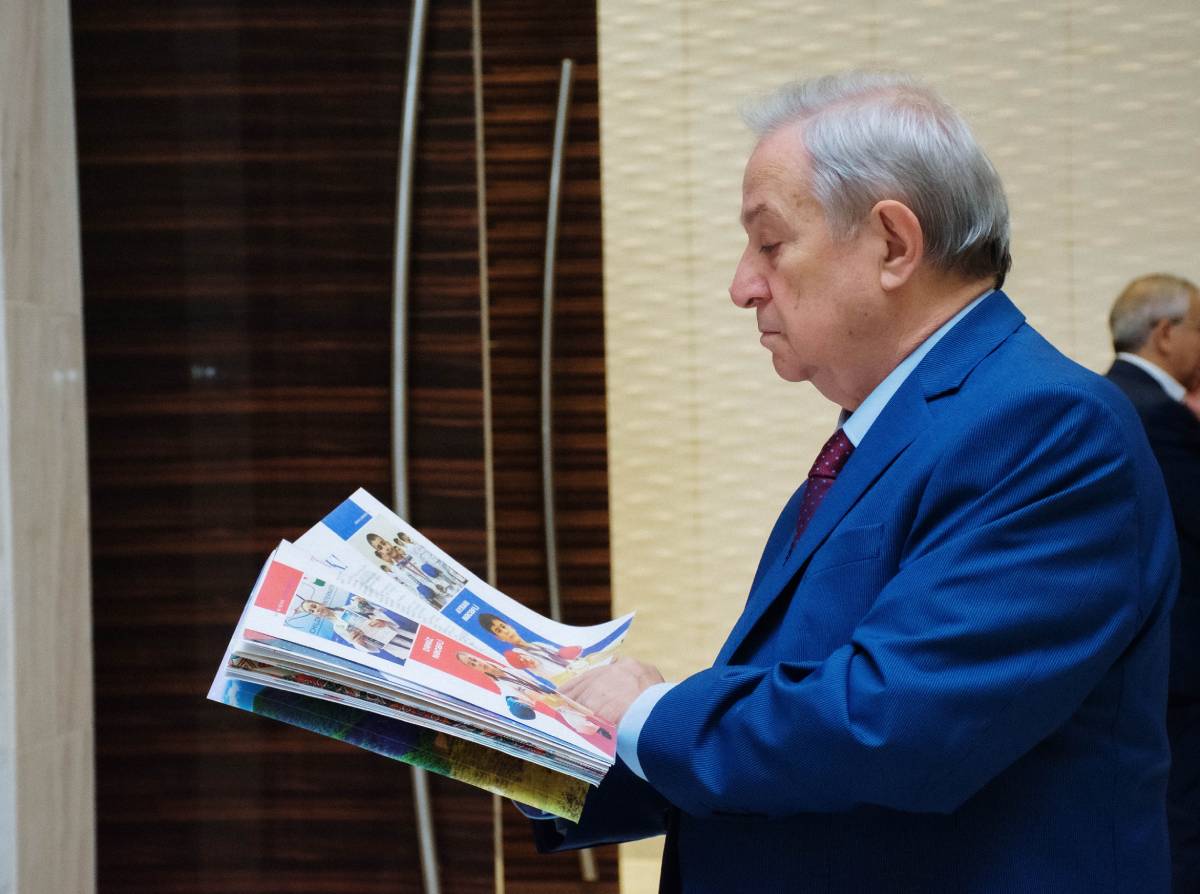 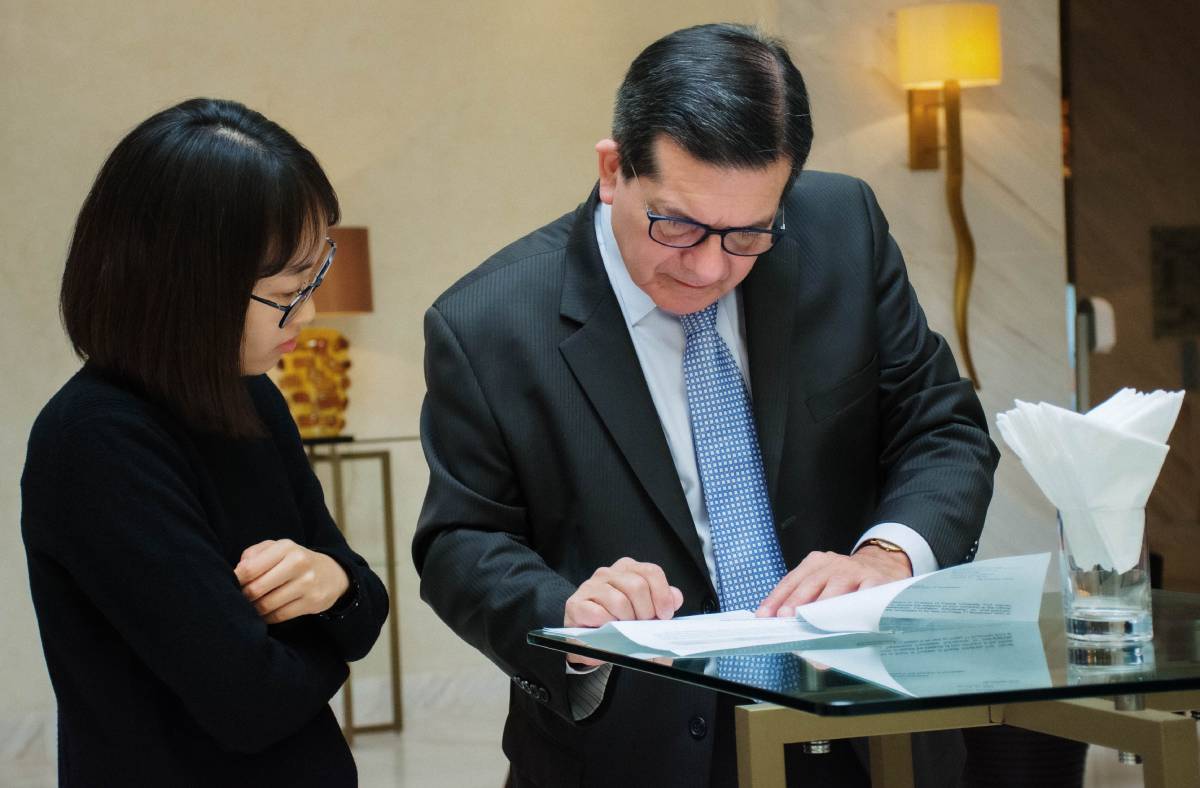 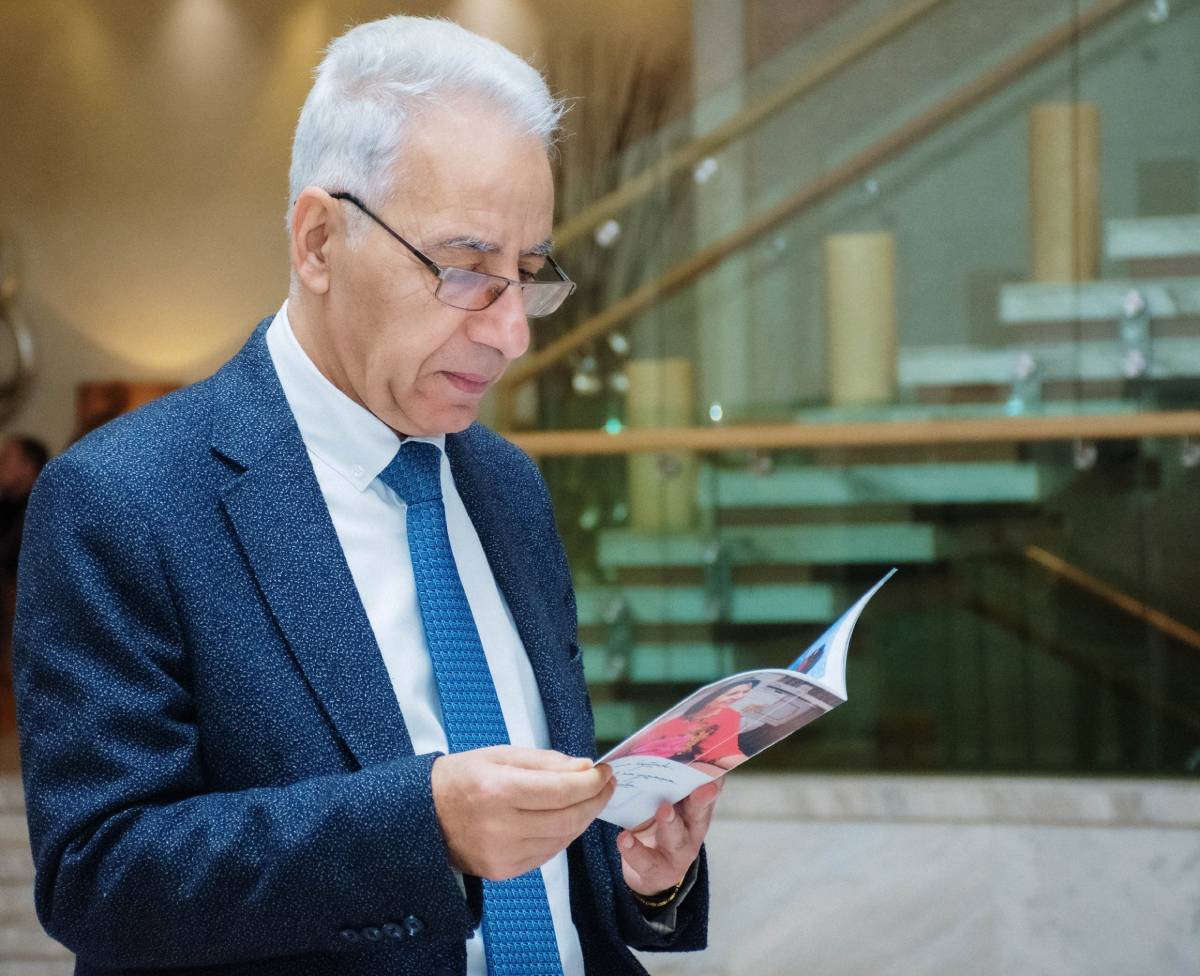 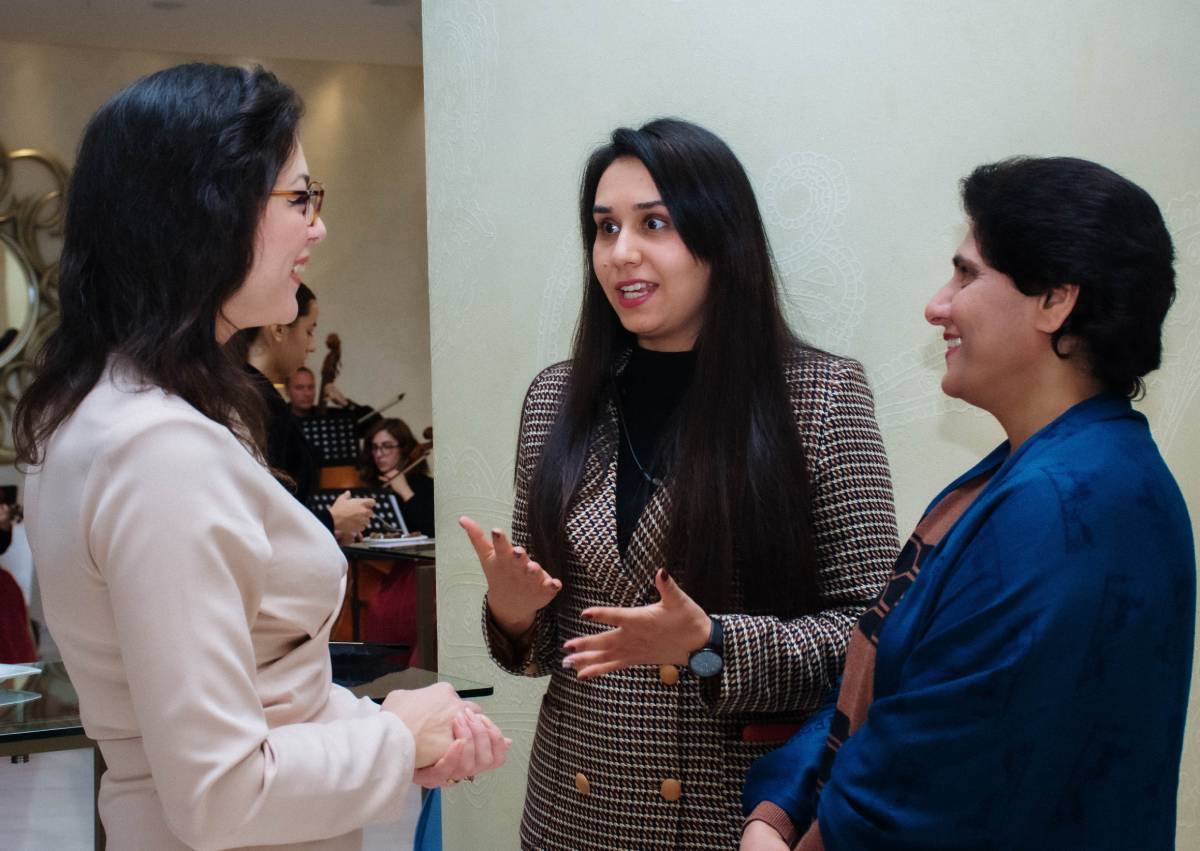 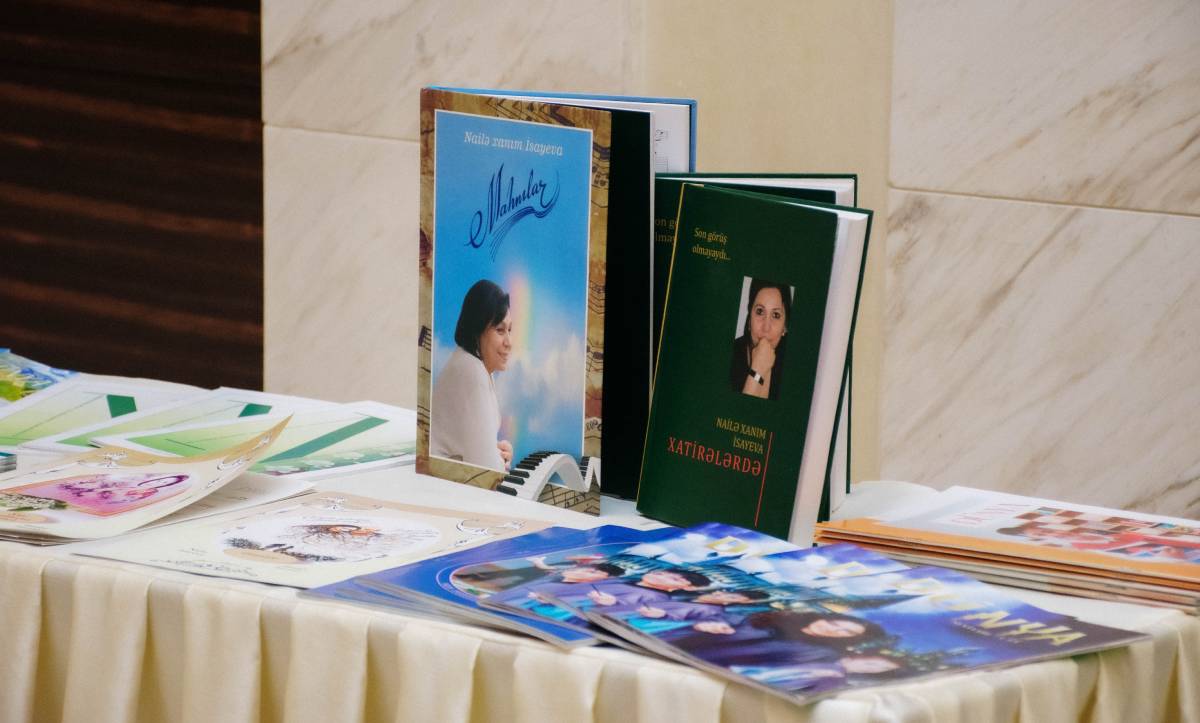 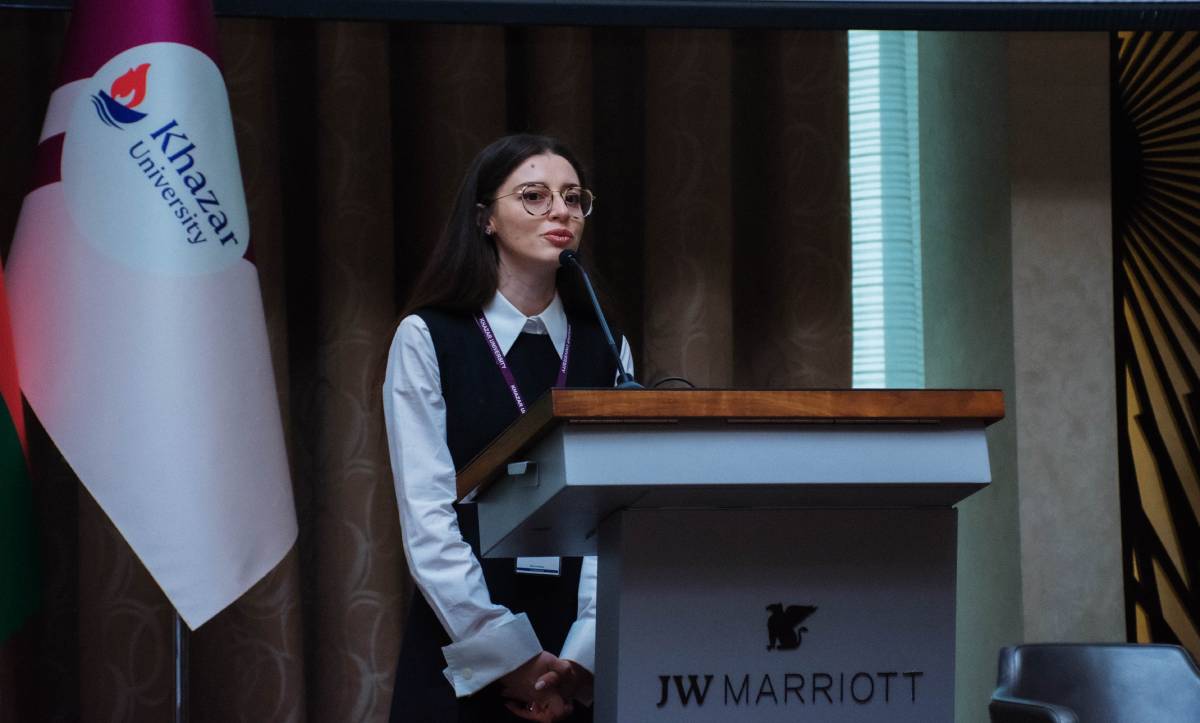 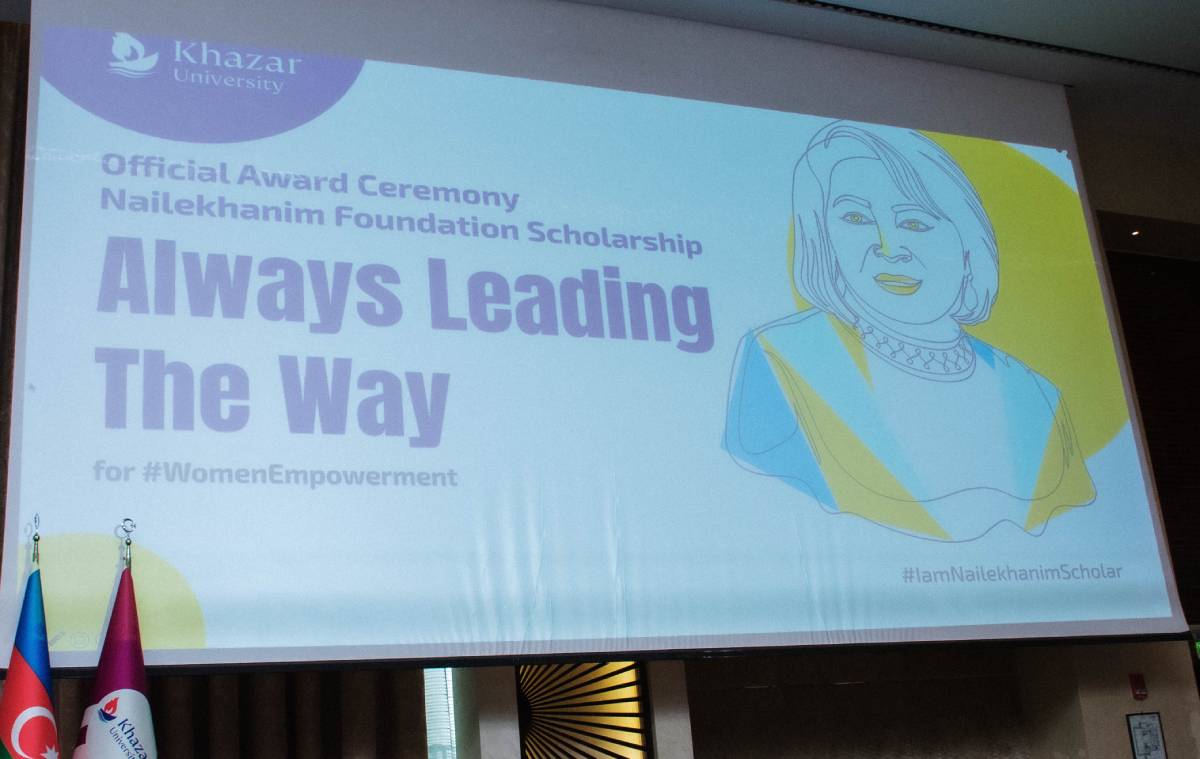 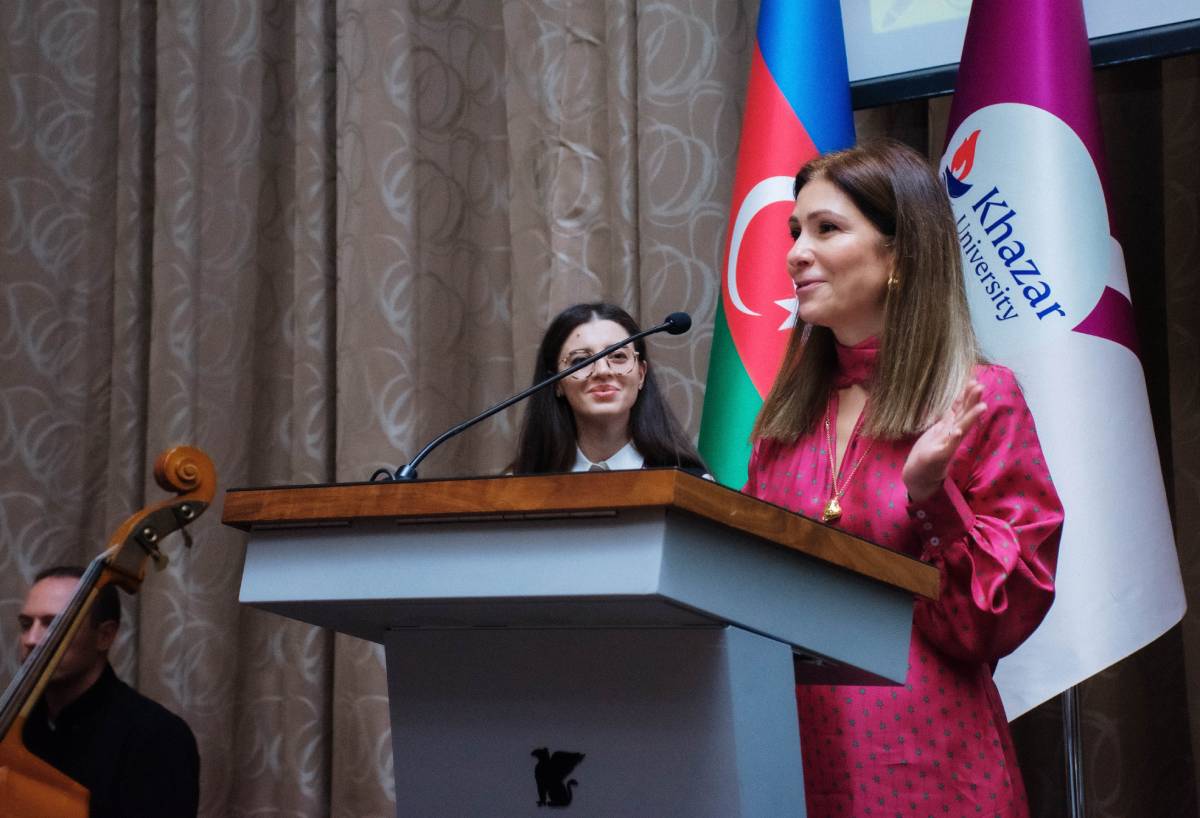 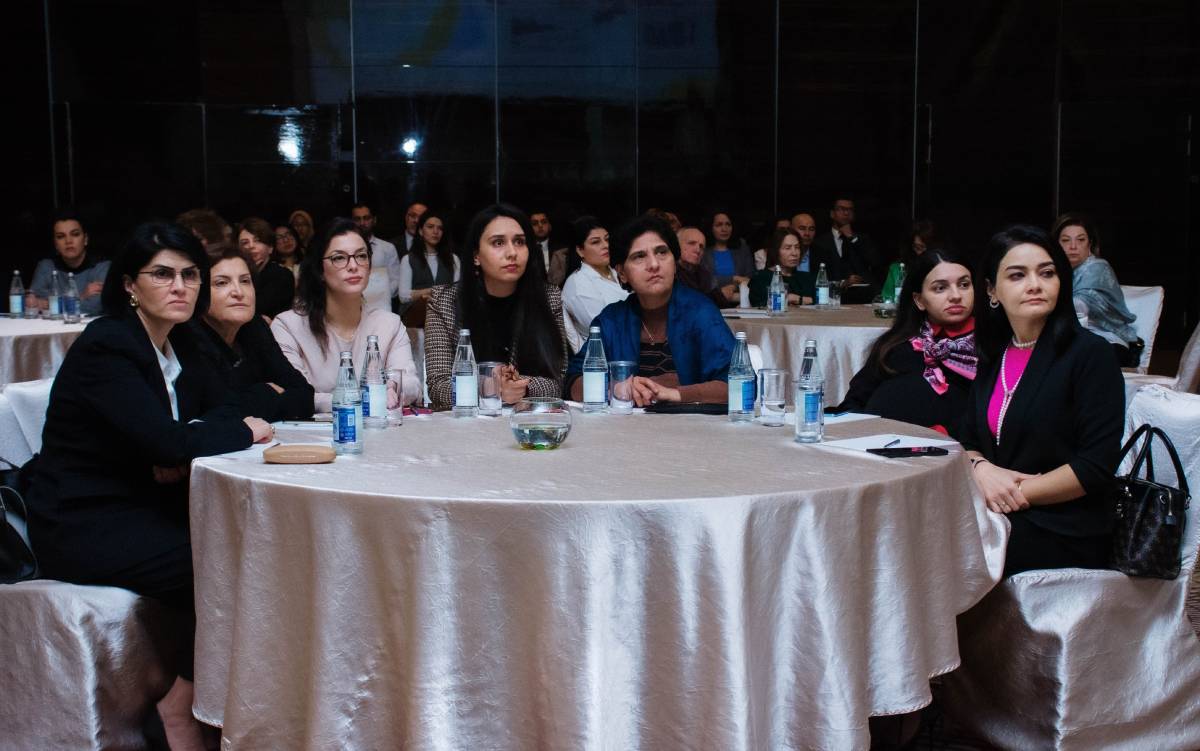 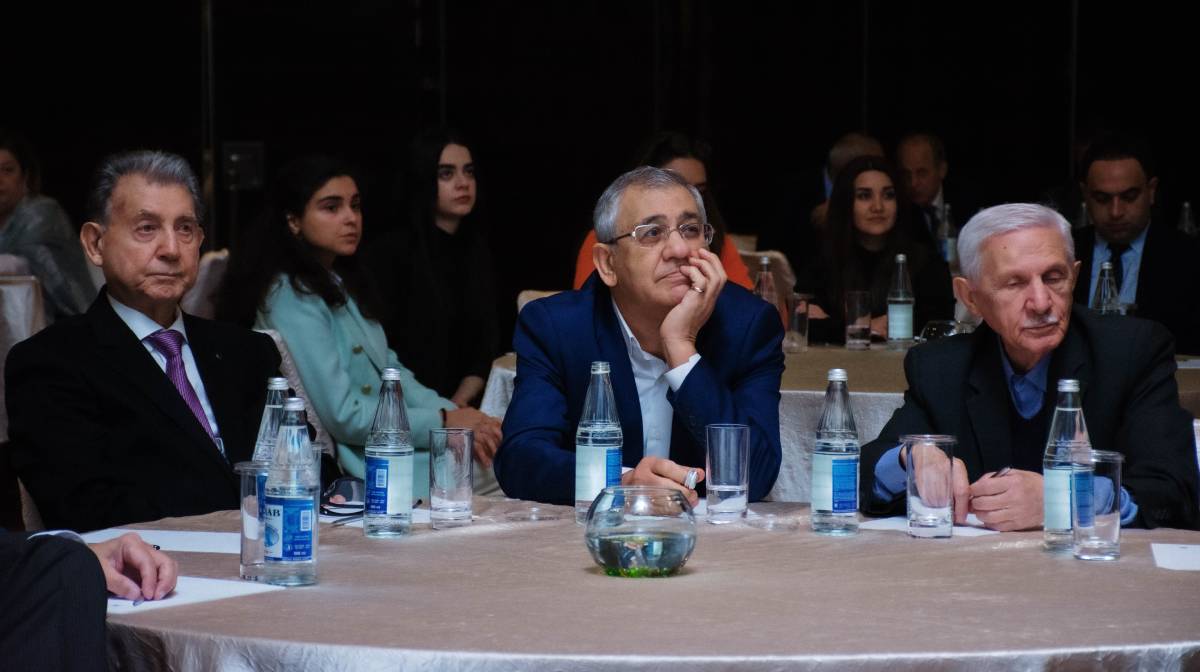 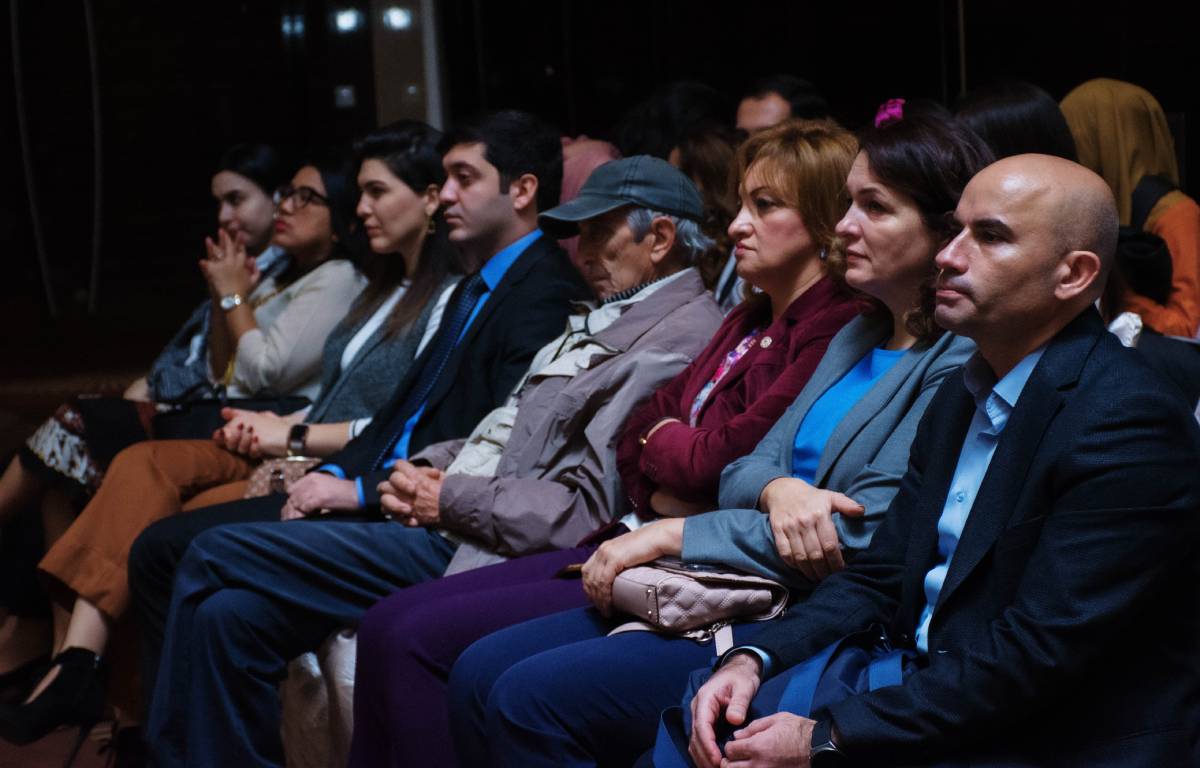