Integrative Lesson of Faculty Members of Languages and Literature Department

On December 21, 2021, the next open lesson on “Retrospective in Written Literature and Folklore” was held at Khazar University as part of the “Integrative Lesson” project of the Department of Languages and Literature.

Teachers of the department Dr. Aynur Gazanfargizi and Ulvi Babasoy gave detailed information about the development of retrospective in oral and written texts, the concepts of time and polyphony in folklore and literature, the interaction of written and oral literature in world folklore and literature. Referring to Gabriel Marquez's "Loneliness of the Century" from world literature and Movlud Suleymanli's "Migration", "Voice", "Walnut Worm" from Azerbaijani literature, they showed the development of folklore on the basis of examples. The open lesson ended with questions and answers from students and speakers. 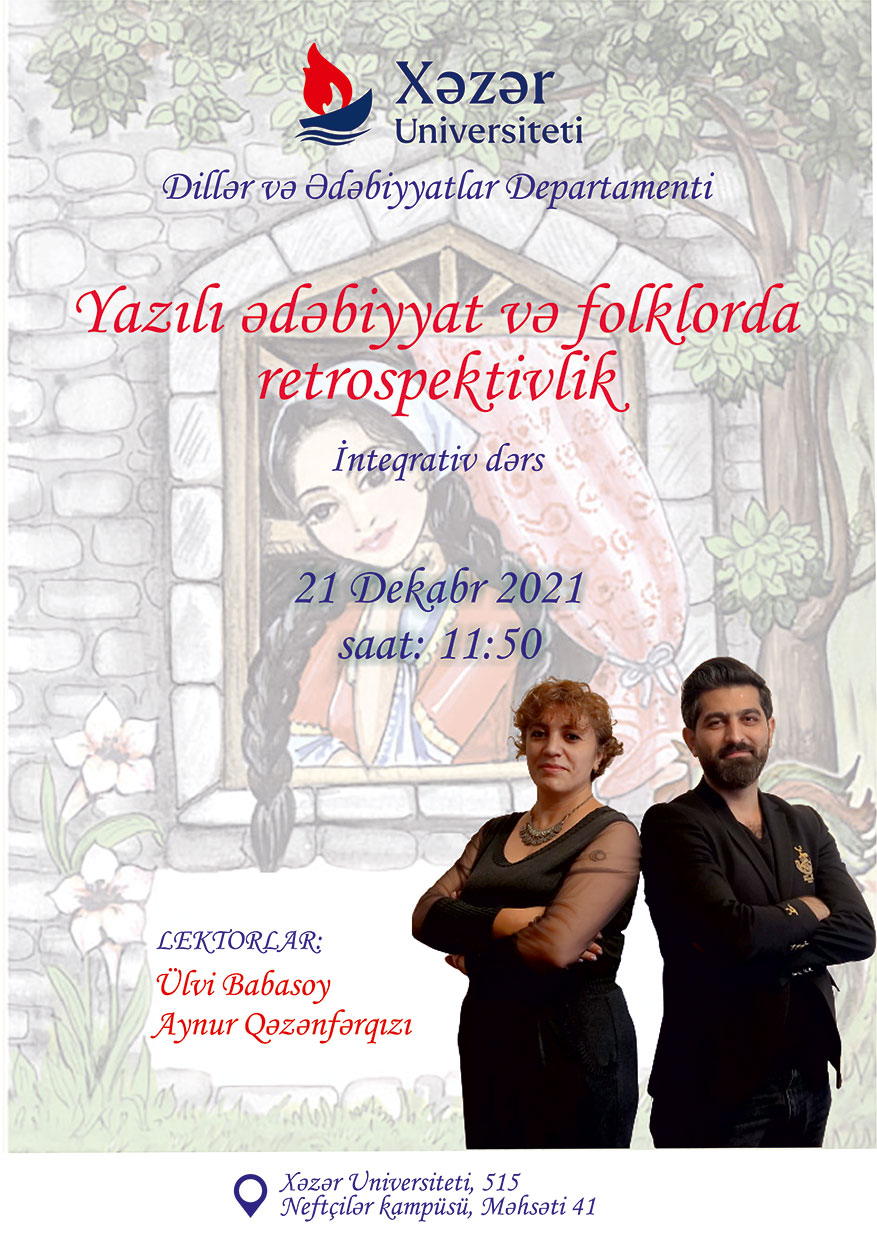