We present the news of AZERTAC about the event

On April 2, 2022, Khazar University hosted an event titled "For the Love of Martyrs 'Souls" by the Writers' Club, which operates under the Eternal Unity Youth Public Union, on March 31 - the Day of Genocide of Azerbaijanis. In addition to the hosts, the event was attended by Baku State University, Azerbaijan State University of Culture and Arts, Baku Engineering University and other higher education institutions, as well as, Martyr Oktay Safarov's mother Zulfiya Safarova, MPs Vugar Iskandarov and Nagif Hamzayev.

In his opening remarks, Gardashkhan Azizkhanli, the lecturer at Khazar University's Department of Languages and Literature, said that the horrific history of the massacres committed by the Baku Soviet and their occupiers on March 31-April 3, 1918, will not be widely discussed, but scenes prepared by students trying to reflect those days will be demonstrated. G. Azizkhanli emphasized that after the publication of the article "Armenian terrorism and the Turkish-Muslim genocide in Azerbaijan" co-authored by Professor Hamlet Isaxanli in the Journal of Azerbaijani Studies, in English, Nevada Governor Jim Gibbons declared March 31 "Azerbaijanis Remembrance Day" for the first time in US government circles.

Vugar Iskandarov called the genocide, an inevitable result of the Bolshevik policy of great statehood, a clear conspiracy against national independence in Azerbaijan. In his speech, he touched upon the tasks facing the youth of modern Azerbaijan, emphasizing the importance of such events in the growth of young people as patriots, and said he was proud of their growing success in education and life of the country. He said that knowledge, literacy and communication are the key to success, and recommended to master these important qualities. Welcoming the students of different universities, V. Iskandarov called on them to expand their ties and unite more closely around the head of state.

Nagif Hamzayev also said that he wanted to go back in time as a historian, and brought to the attention of young people some similar historical facts. He noted that the genocide of Azerbaijanis in Baku, Shamakhi, Guba, Khachmaz, Salyan, Lankaran, Nakhchivan, Ganja province and other regions in March-April 1918, in fact, began much earlier in other forms, and repeated from time to time in 1905 and before. In our territories, in the territory of the Safavids, in the Ottoman Empire, various terrorist organizations were established to carry out their nefarious intentions, and missionaries worked to convert Muslims to Christianity. Various

projects were implemented to destroy the Ottoman Empire, for which they created political parties of Armenians serving the Gregorian sect. "We are the heirs of the People's Republic. You young people, do not allow the false ideology and history of the Soviet era to be passed on to future generations. Our martyrs are the makers of our today’s unwritten history and you should study our forgotten history and pass it on to future generations, "he said.

Shahin Aliyev, the second-year student majoring in tourism management at Khazar University's School of Economics and Management, spoke about the general goals of the union, the work to be done to introduce our martyrs and veterans, the effective spending of leisure time of young people.

The event continued on the basis of the script of Leyla Umid and Leyla Safarli, students of Baku Eurasian University - chairman and deputy chairman of the "Writers' Club" of the "Eternal Union" Youth Public Union. There were fragile moments with the scenes prepared by student writers from different educational institutions with the support of director Tural Askerov, and the songs " Ana, mən şəhid oldum ", "Cənab leytenant", " Xudayar təsnifi ", "Vətən yaxşıdır", "Qarabağ" performed by Kamran Mustafazadeh, the student of the Azerbaijan State Academy of Physical Culture and Sports and the last song was performed together with audience.

The words of the mother of the martyr Zulfiya Safarova to the youth: “I have gained such sons as you instead of my son” caused pity and enthusiasm.

At the end of the event, "Portrait of Oktay Safarov" painted by a student of the Azerbaijan State University of Economics Kanan Akbarli was presented to the mother. Videographer Zahra Ahmadzadeh, the student at the University of Azerbaijan, filmed the event and donated it to the video fund of the Eternal Union Youth Public Union. 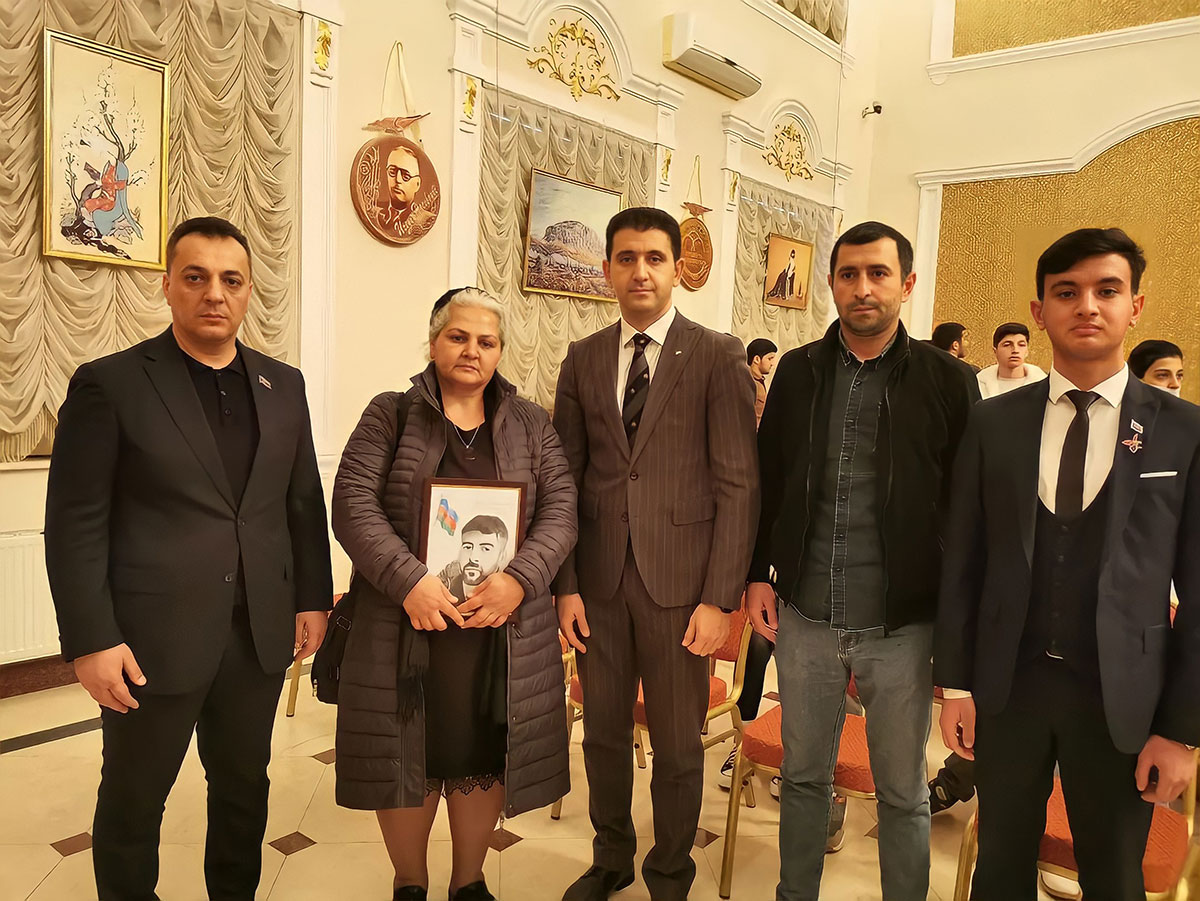 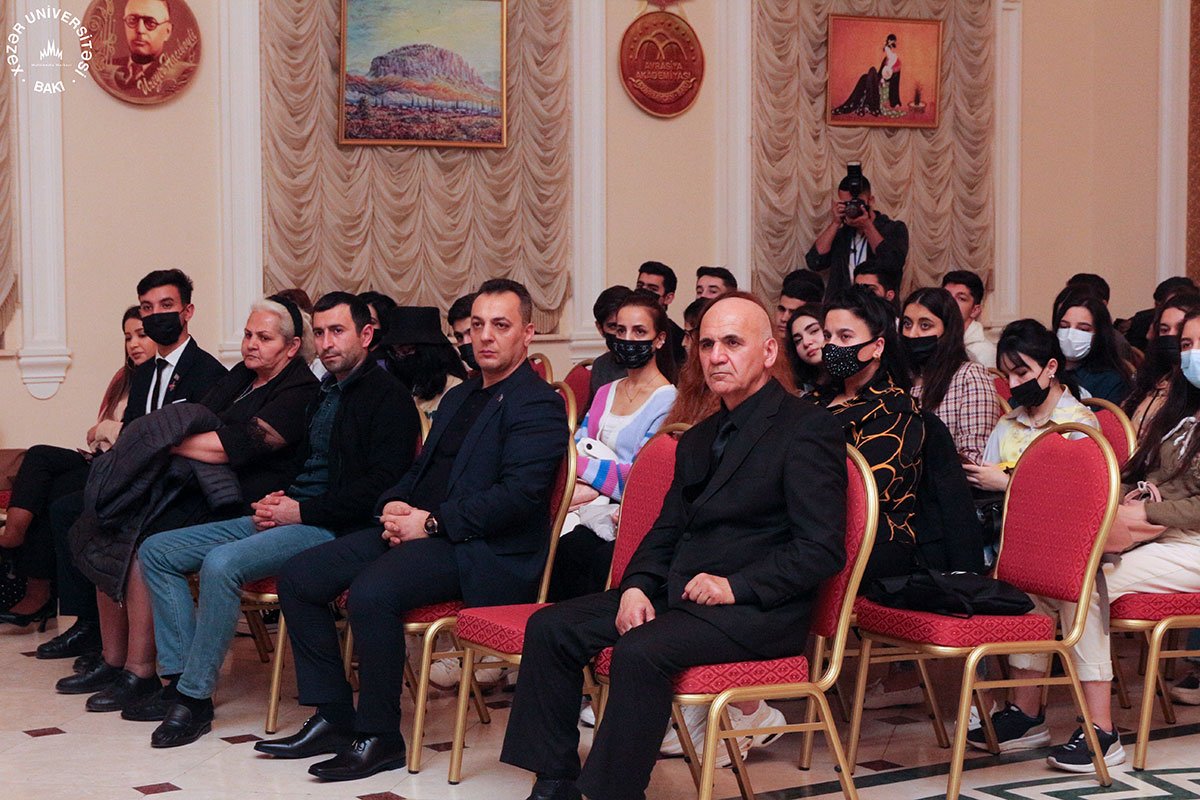 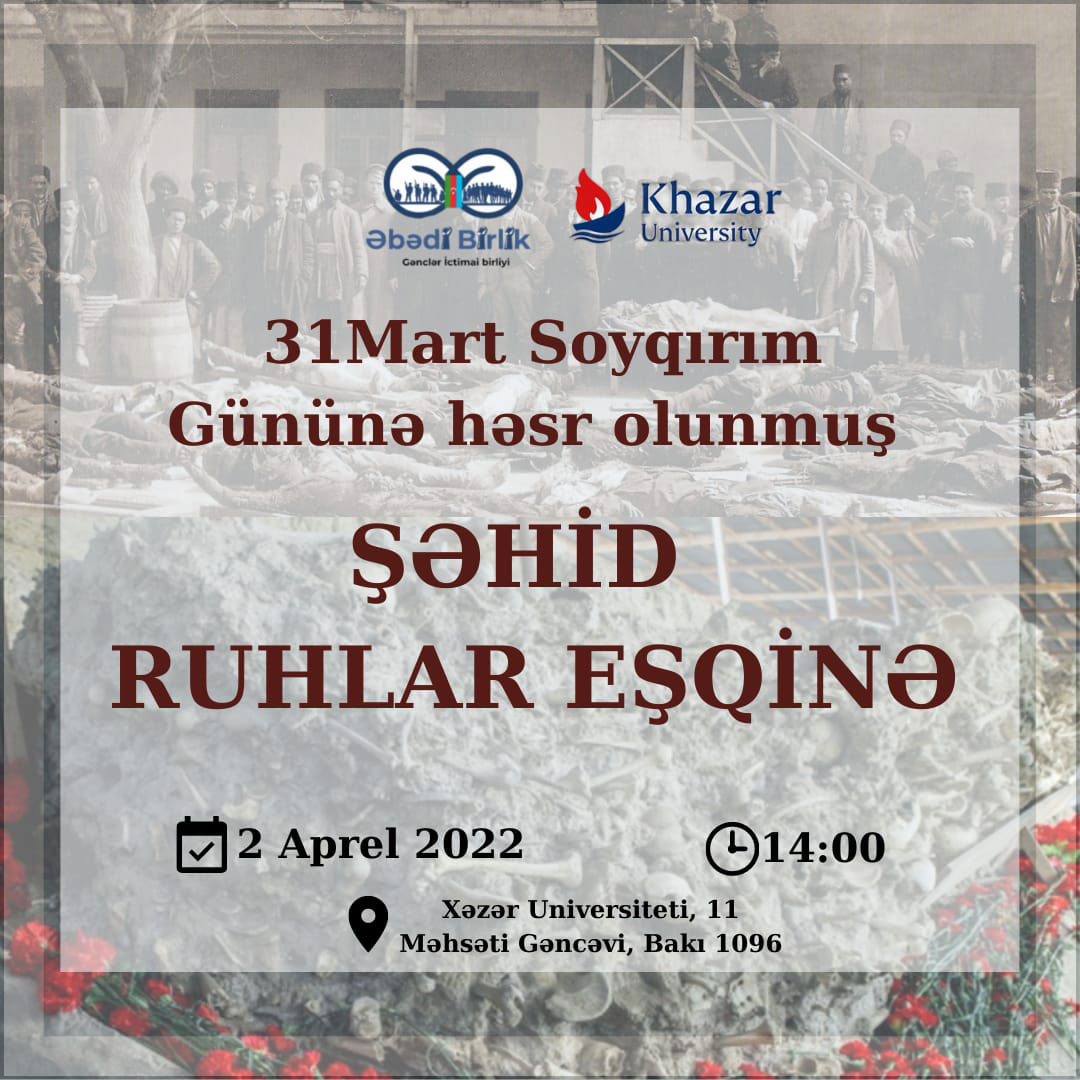 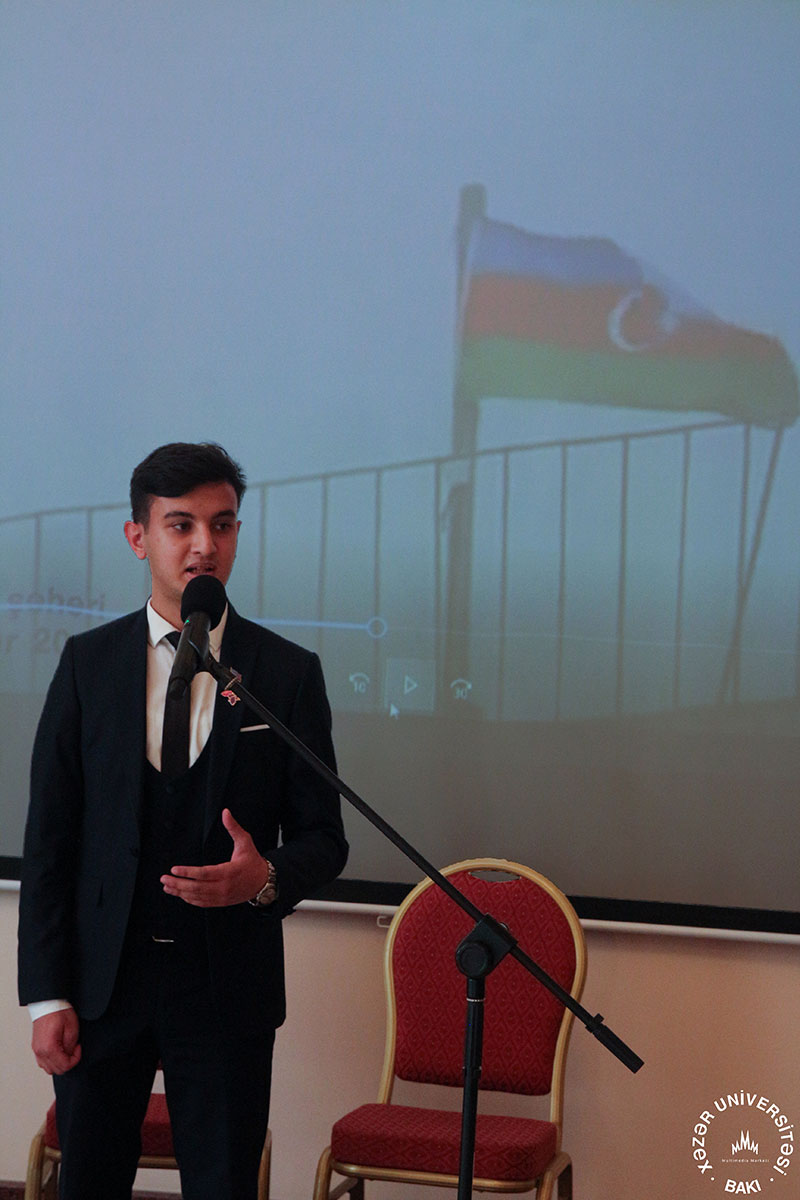 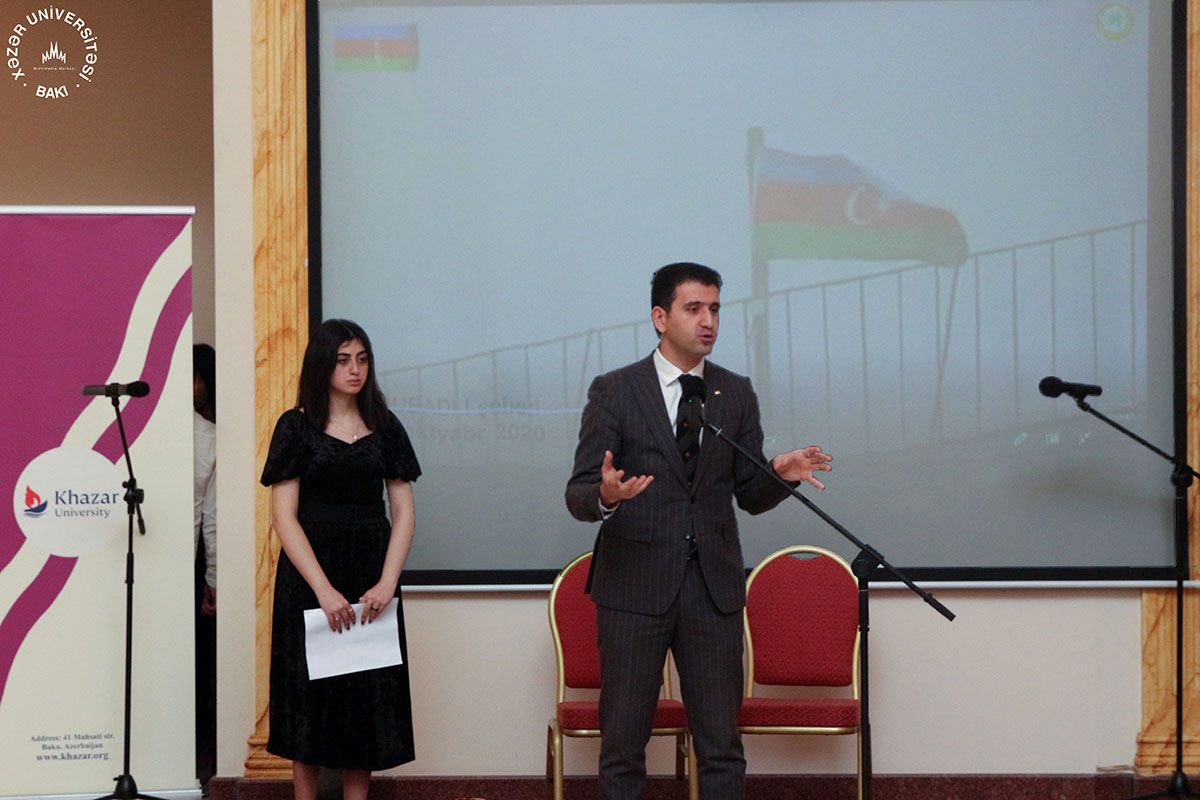 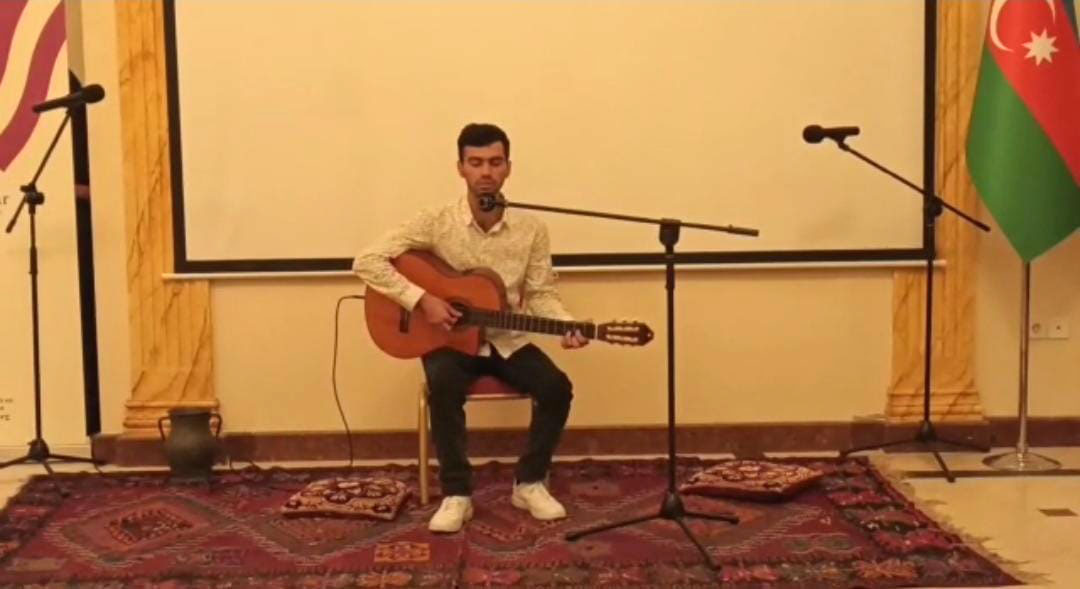 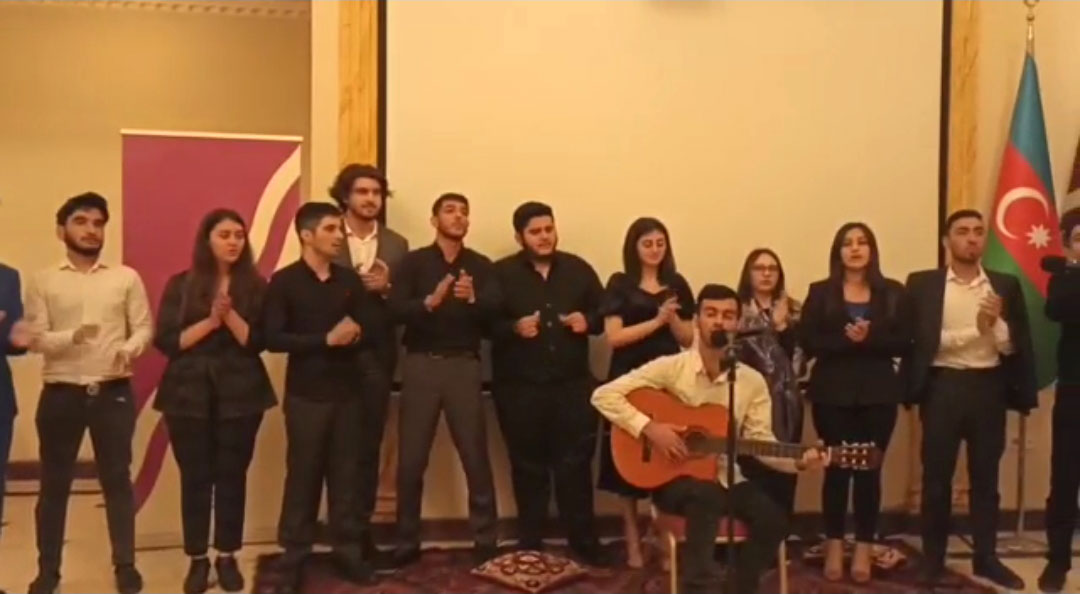 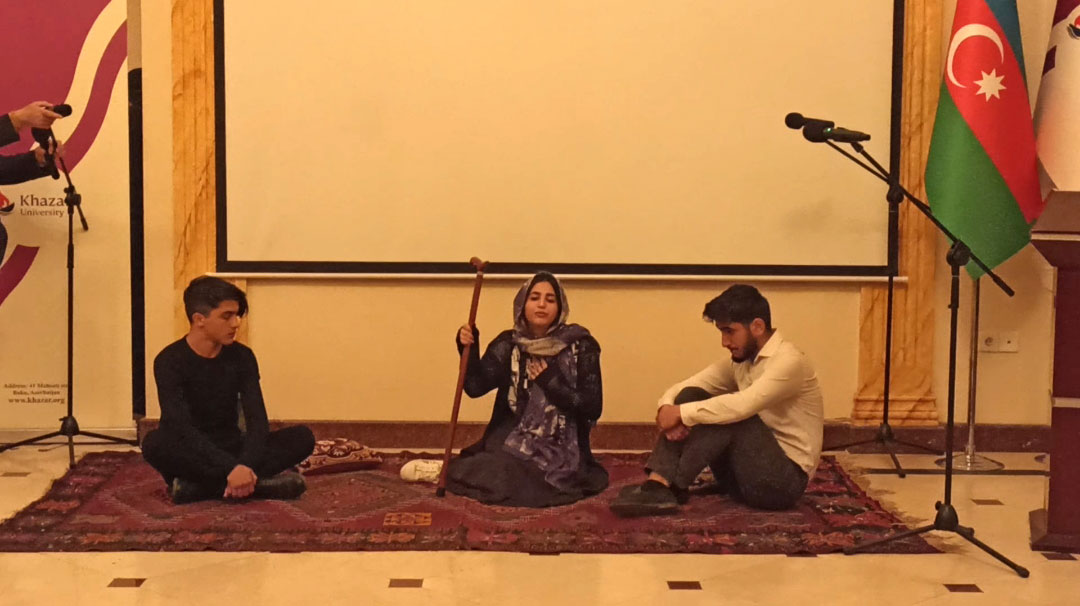 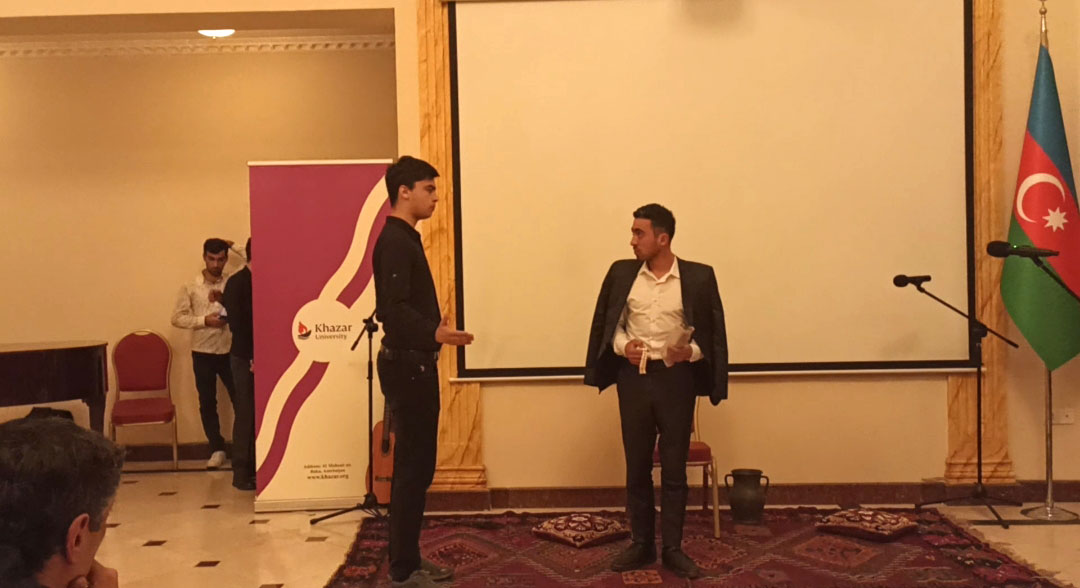 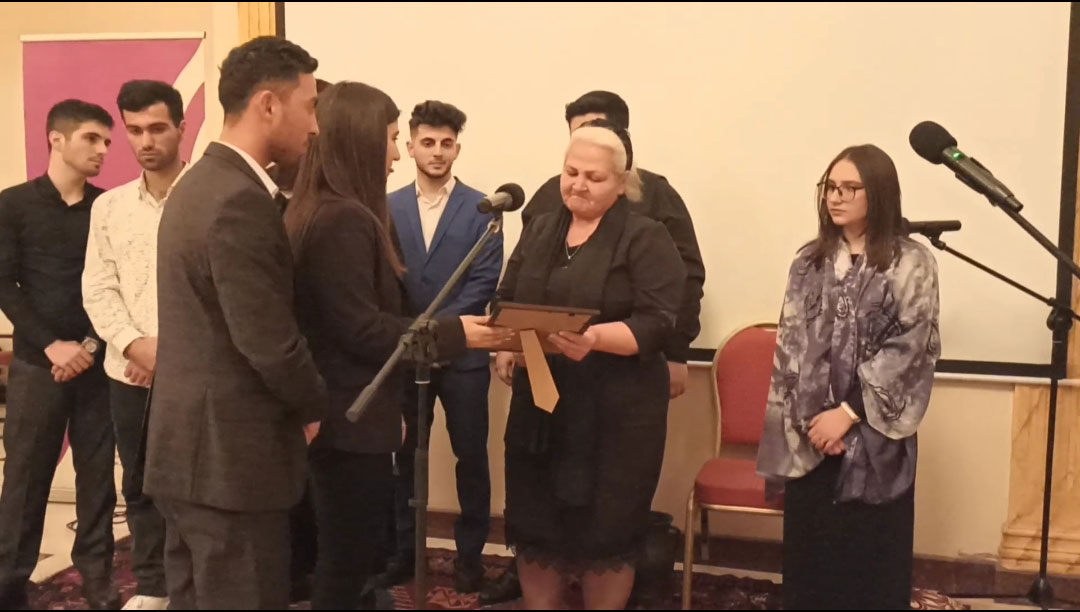 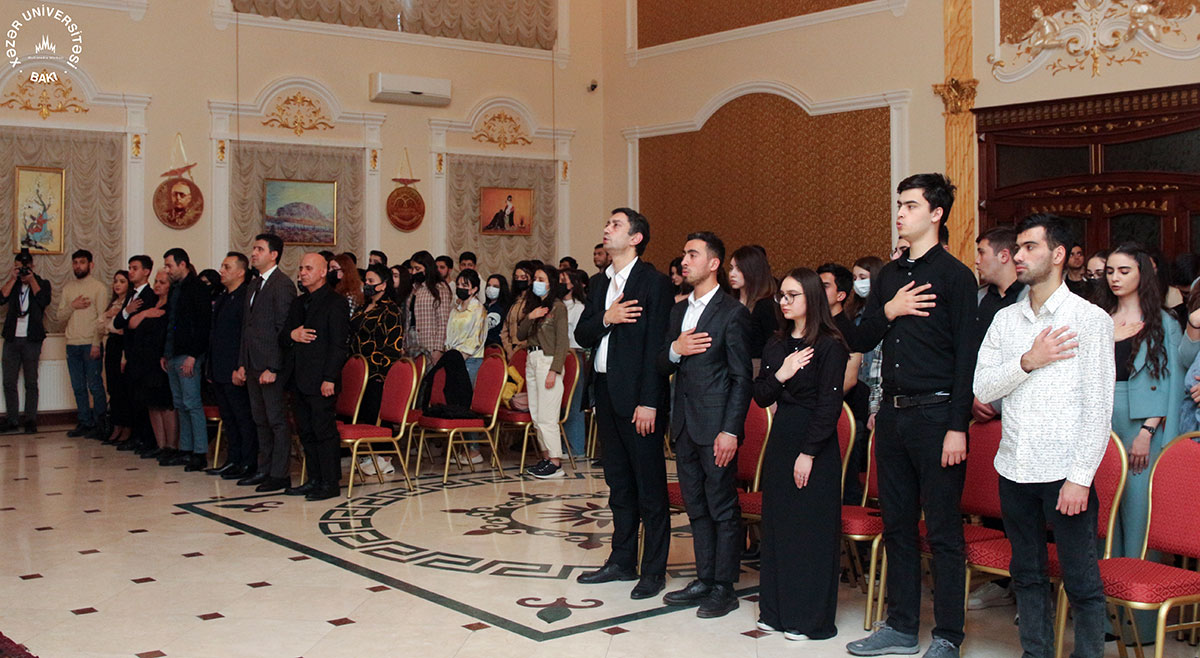 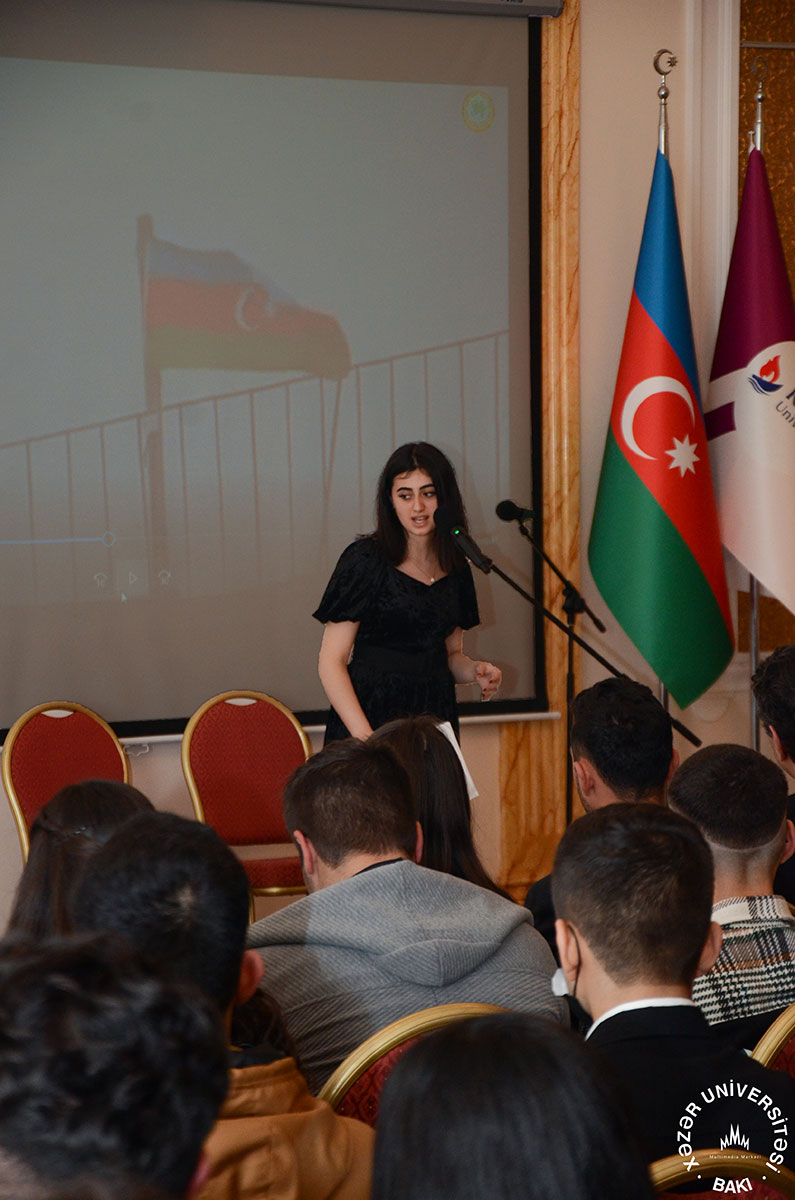 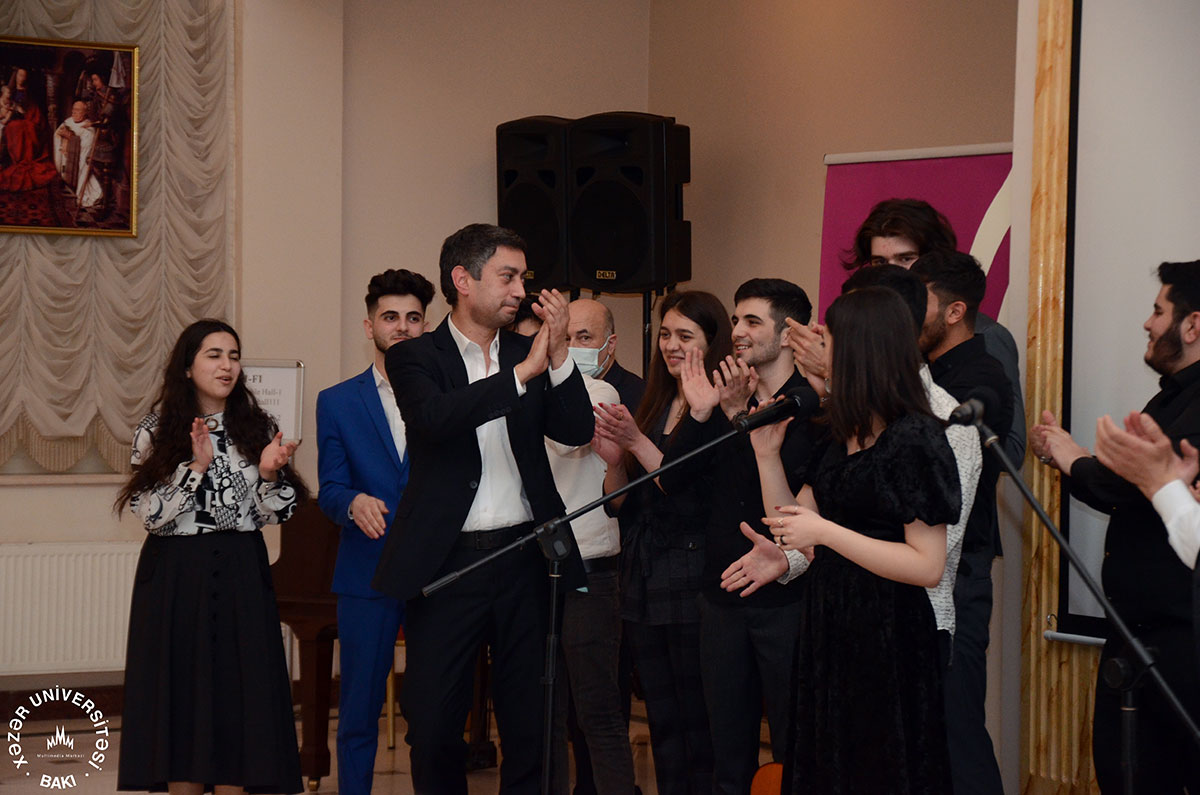 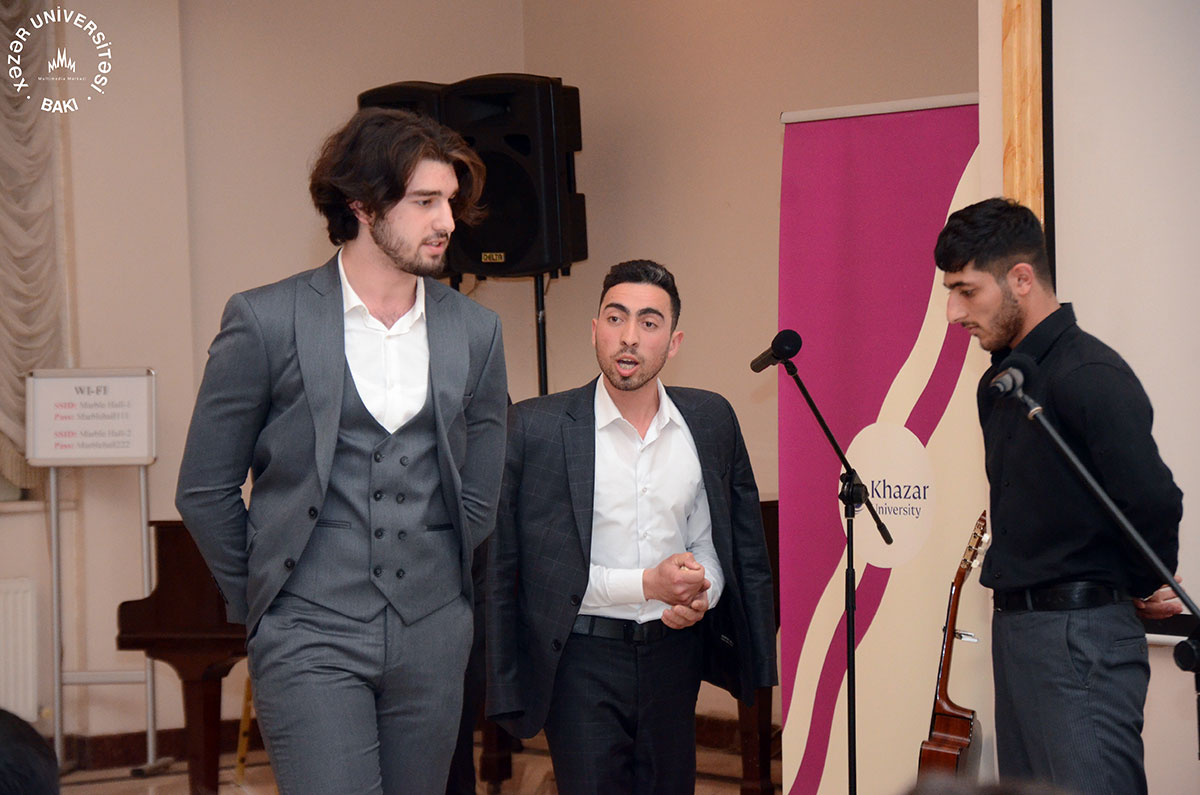 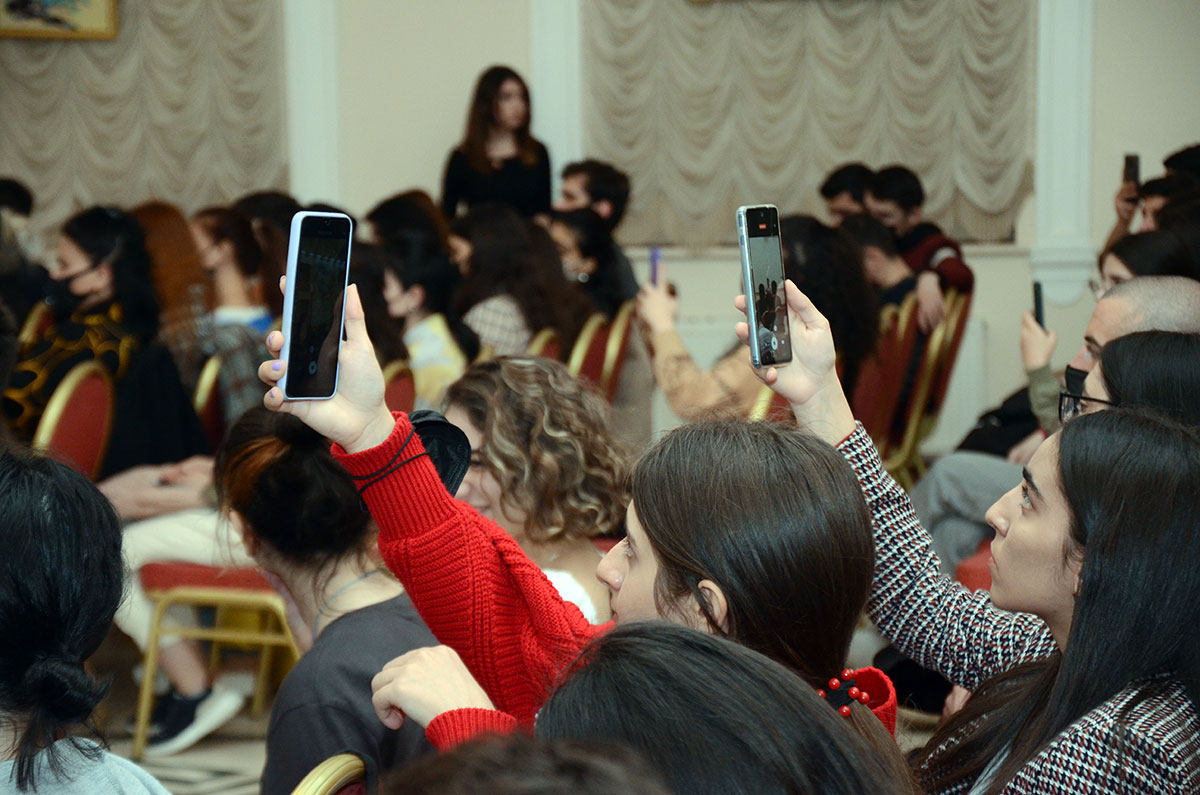 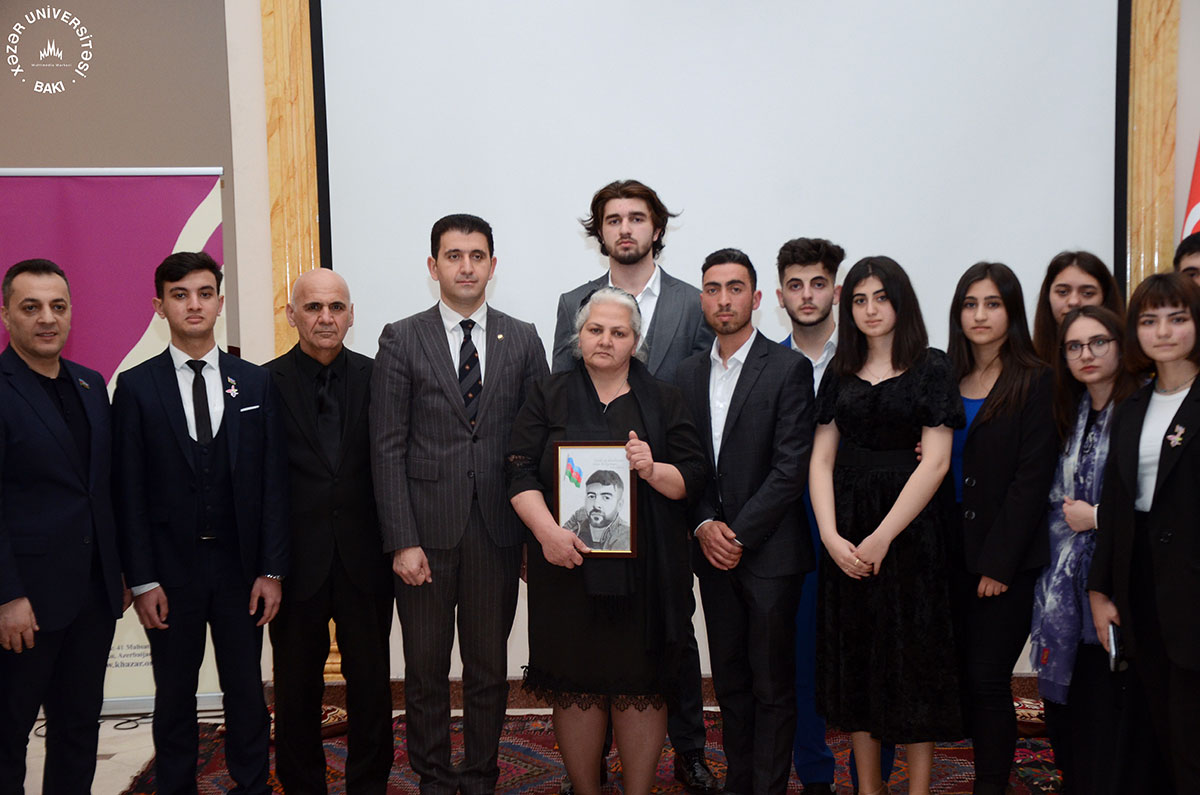 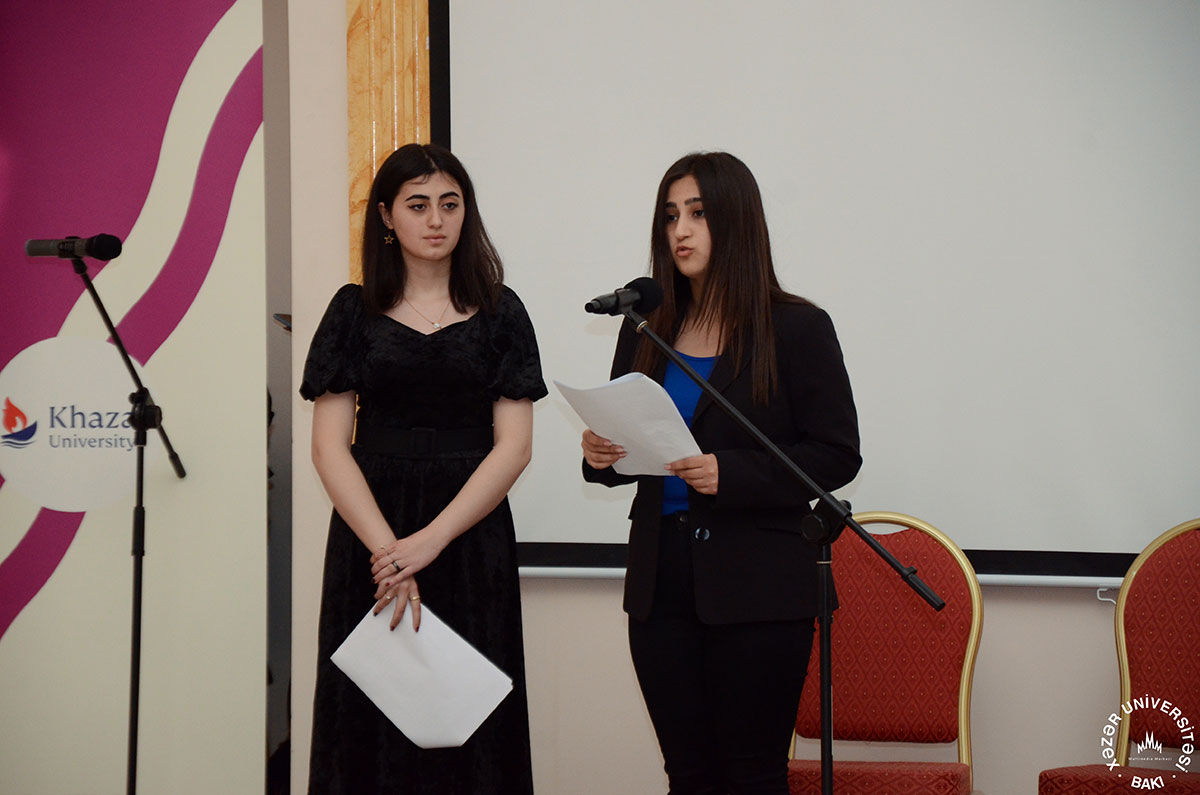 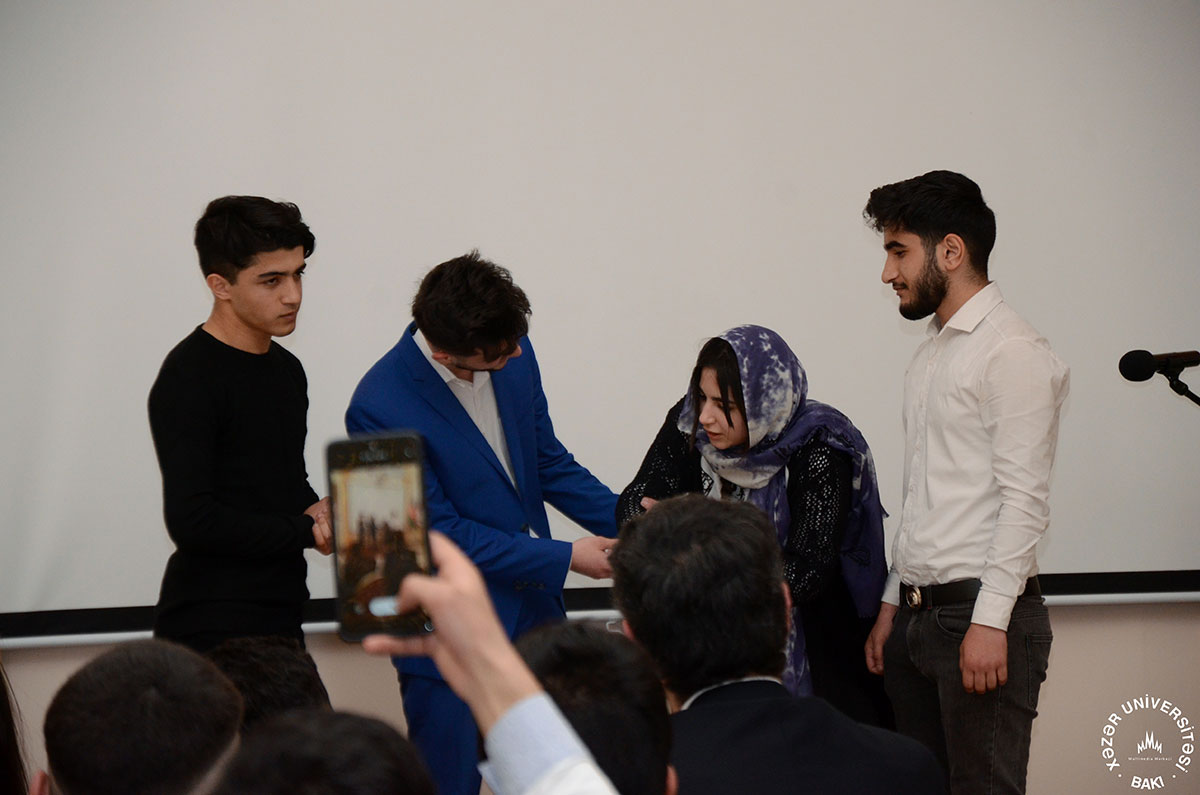