Assembly of Science and Art 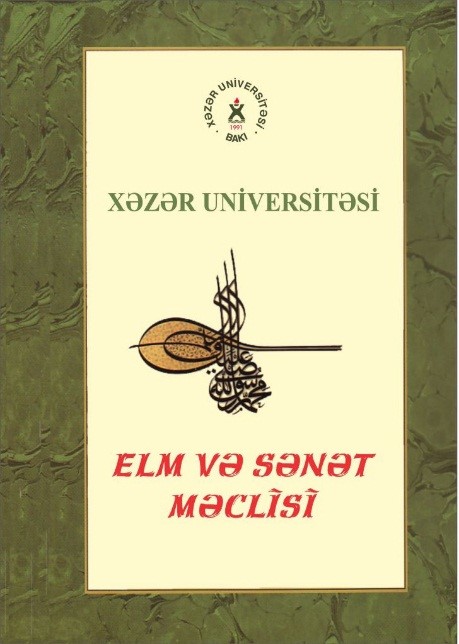 Assembly of Science and Art – the Need for Communication

A scientist or artist thinks about the creation of scientific work or piece of art, develops it in their mind and heart (sometimes over a period of years) individually until one day, suddenly, he or she brings the work up to the surface and announces it to others. Sometimes, scientific or artworks can be created collectively by a small group, with joint efforts of more than one person. In this case too, first, individual members of the group think about the work individually, guarantee their participation on the basis of their personal knowledge, talent and energy, and the collective result is achieved through communication, joint analysis and discussion of individual inputs.

Creative people of Art and Science, intellectuals in general, always need communication among them and attach great importance to it. Undeniably, we need to share our new inventions and discoveries, ideas and works, and our thoughts, boiling up inside us, all to like-minded people who would understand us and share our happiness as well as concerns. It is a delight to talk with a professional, to exchange ideas and let them share in the joy of your discovery of original ideas. As we make them happy with our pleasant surprises, in turn, we generate more positive energy, pleasure and inspiration… On the other hand, receiving criticism and advice from professionals makes us think broader and deeper, and thus, increases our chance to come closer to the truth.

Even if an issue of discussion is not connected with their professional field, looking at the issue and asking questions from different perspectives, a broad-minded and creative person can affect one’s opinion and way of thinking. Of course, creative and intellectual people always inspire by sharing their new ideas with others and at the same time hear of new ideas from them. These, as well as, the need for educating and enlightening people are among the main factors bringing creative people together.

I understood the great importance of communication in scientific activity when I was a doctoral student and researcher at the Moscow State University named after Lomonosov and also at the Institute of Mathematics named after Steklov in Moscow. Weekly scientific seminars, attended by prominent scholars, researchers and students, had no equal in terms of receiving information about important ongoing scientific works and achievements worldwide, analyzing problems of our scientific interest and discussing issues with the people who opened new paths in science. We first felt and realized the phenomenon of the ‘scientific school’ in the extraordinary power these seminars generated.

The mixed feelings that came with the collapse of the Soviet Union, consolidation of the materialistic approach based on new capitalist relations and the destruction of traditional systems of moral values by the globalization process confused people, including artists and academics. Interest in scientific researches decreased and the education system became chaotic. The need for intellectuals, scholars and men of arts coming together in a “wise” place, to discuss and share their problems increased. How could we help with bringing into life our wishes that originated from the demands of our day and essence of our soul-changing from complaining to analysis and from grievances to research, revitalizing scientific-cultural environment, and becoming informed about events and developments in the world of science and culture?

During the spring and summer of 2006, we finalized our idea by establishing the Assembly of Science and Art to discuss important issues in any field without limitations. We decided to invite speakers to every meeting of the Assembly, listen to their speeches, ask questions, receive comments and hold discussions.

The first meeting of the Assembly was held on October 10, 2006. We invited specialists and prominent men of arts and sciences from both Azerbaijan and outside the country to the following meetings. Shortly, our Assembly of Science and Art became known and liked.

Materials of the meetings publish in a book, and we try to keep the text as close as possible to the original speeches and discussions.

Lectures delivered in the Assembly of Science and Art

4. 12.12 2006. The Turks in the Arabic World during Medieval Times. Afshin (Speakers: Nargiz Akhundova and Farda Asadov)

18. 15.02.2008. History of Researches on Azerbaijan Literature and Culture in Turkey (Speaker: Yavuz Akpinar)

30. 28.04.09. The Caucasian policy of Ottoman Empire during World War (Speaker: Michael A. Reynolds)

31. 03.11.09. The Sumerian - the most Ancient Culture of the Mankind. Veronica K. Afanasyeva (St. Petersburg Institute of Oriental Studies, Russia)

34. 12.11.09. Islam and Modernization from the Global Perspective. Tahsin Gorgun. (Turkey)

36. 11.05.10. Modern Climate Change and Azerbaijan. Rza Mahmudov (Director of the Institute of Hydrometeorology Scientific and Research Institute of the Ministry of Ecology and Natural Resources, Azerbaijan)

38. 30.09.10. Geopolitical Outcomes of the Second World War for the USSR and the USA. Vladimir Pechatnov. (Moscow State Institute of International Relations, Russia)

41. 23.11.10. Regional Diplomacy in the Gaps of Empires: Iran's Policy on the Democratic Republic of Azerbaijan in 1918-1920. Oliver Bast (The University of Manchester)

42. 10.12.10. Who is the author of "Ali and Nino", the Most Famous Novel of Azerbaijan? Betty Blair (Editor of "Azerbaijan International")

44. 08.02.11. Academic Freedom in the Contemporary Global Environment and University Autonomy. Kemal Guruz (Former Chairman of the Higher Education Board, Turkey)

55. 15.05.12. The Role of Gori Seminary in the Development of Azerbaijani Culture and Education. Huseyn Ahmedov (Azerbaijan Pedagogical University)

58. 31.05.2013. Recent History and Current Day of Iran: Basic Development Trends and Overview of Near Future. Michael Rubin (the USA)

62. 17.12.2014. Ecological Union of the Caucasus. Georgi Kvesitadze (President of the Academy of Sciences of Georgia).

Photos of 55th Meeting of Assembly of Science and Art - Gory Seminary’s role in the development of Azerbaijan's culture and education.