A conference entitled "Shusha Declaration and the 30th Anniversary of Azerbaijan-Turkey Diplomatic Relations" was held in Baku on May 13, 2022, jointly organized by the Center for Analysis of International Relations, Azerbaijan and the Turkish Foreign Ministry's Center for Strategic Research.

Associate Professor Telman Nusratoglu, Head of the Department of History and Archeology, made a speech at the conference, which was attended by ambassadors and diplomats, scientists and media representatives from Turkish countries and evaluated the historical roots of the Azerbaijani-Turkish brotherhood, the process of building a joint power between the two countries and the process of strategic integration. 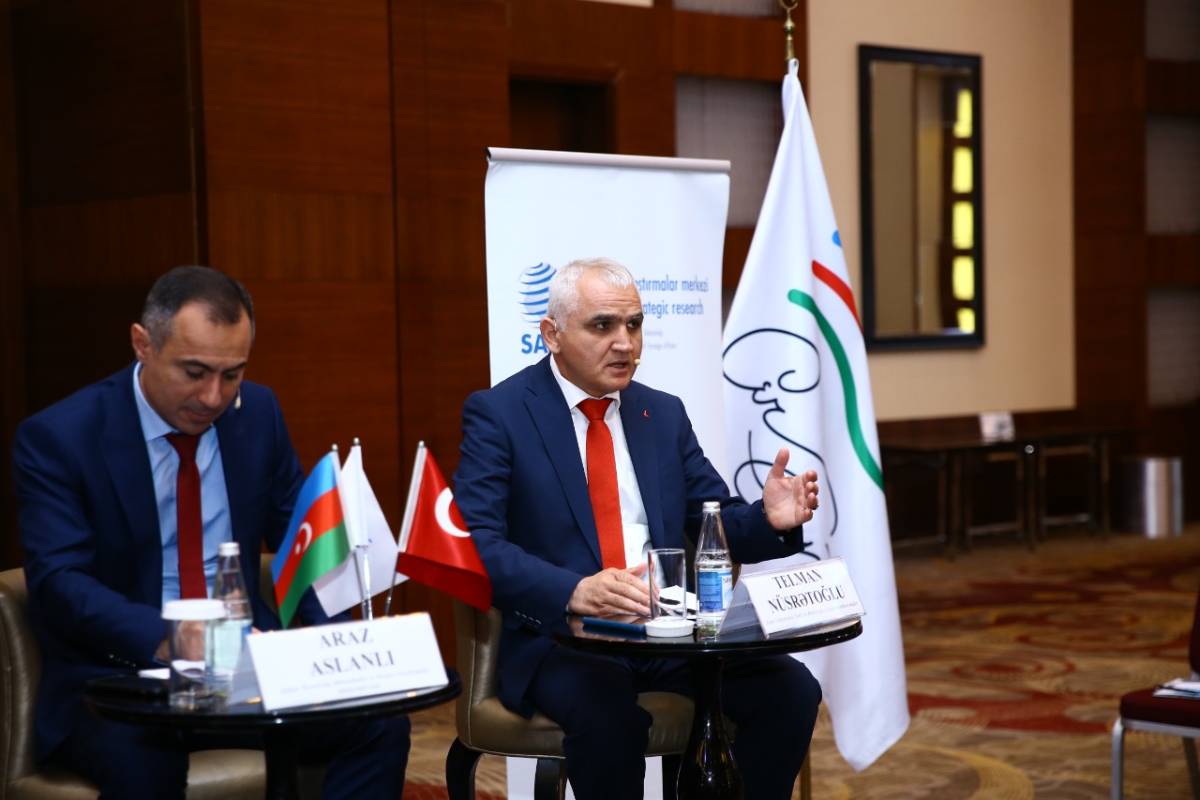