Professor Farid Guliyev's article entitled "Azerbaijani-Russian Relations: Transactional Diplomacy in Action" was published in the November 2021 issue of the Russian Analytical Digest. In analyzing Azerbaijani–Russian relations during the 2020 war in Karabakh and its aftermath, the article argues that transactionalism and contingency are useful conceptual lenses which will be useful to understand the current and future development of Azerbaijani–Russian relations around the Upper Karabakh region.

The Russian Analytical Digest (RAD) is published by the Center for Security Studies (CSS) at ETH Zürich.

The article can be found here: 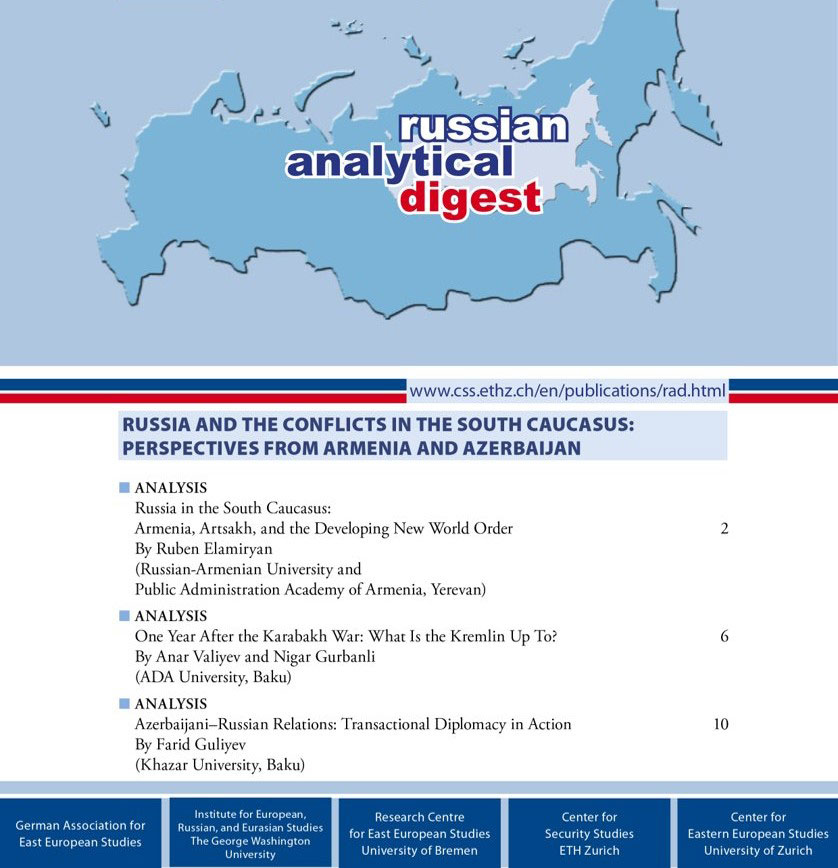