Always leading the way!
ANNOUNCEMENTS
08 Feb, 2023Workshop on “Eclectic approach in teaching English language”
09 Feb, 2023The 76th session of the "Assembly of Science and Art" to be held
15 Feb, 2023Seminar by Research Fellow of Koch University to be held
17 Feb, 2023A scientific-practical conference dedicated to the 100th anniversary of the national leader to be held
03 March, 2023Mechanical Engineering Department of Khazar University to Hold a “Catapult” Competition
13 March, 2023IUCN (International Union Conservation of Nature) is to hold an International Training Workshop
29 March, 2023International Scientific Conference of Young Researchers to be Held
01 Feb, 2023Khazar University relaunches training for “Potential School Principals”
31 Jan, 2023Information session within Erasmus+ ECAR project
30 Jan, 2023Informative seminar on “Career Opportunities after Engineering”

A ‘hidden’ dimension of the Asia-Pacific

We are welcoming you to a high-profile event that is associated with the establishment of Khazar University’s Institute of Asia-Pacific and African Studies (IAPAS). It is going to be in the format of a high-level colloquium, with official representatives of México, Chile, and Colombia to present as panellists. These three countries (as well as Perú) are members of the Pacific Alliance (Spanish: Alianza del Pacífico), a trade bloc, which borders the Pacific Ocean. The alliance was formed to improve regional integration, so complete freedom in the movement of goods, services, capital, and people between the four member states could be ensured. Together, the alliance’s combined population is nearly 230 million people, while it accounts for about 35% of Latin American GDP. This IAPAS high-level colloquium will be the first of its kind in our broader region’s academia when México, Chile, Colombia are to be discussed in the context of their ‘Pacific dimension’.

The details on the even are as follows:

Topic: A ‘hidden’ dimension of the Asia-Pacific

Participants: Students and scholars of Khazar, representatives of Azerbaijani Ministries of Foreign Affairs and Education, Members of the Parliament 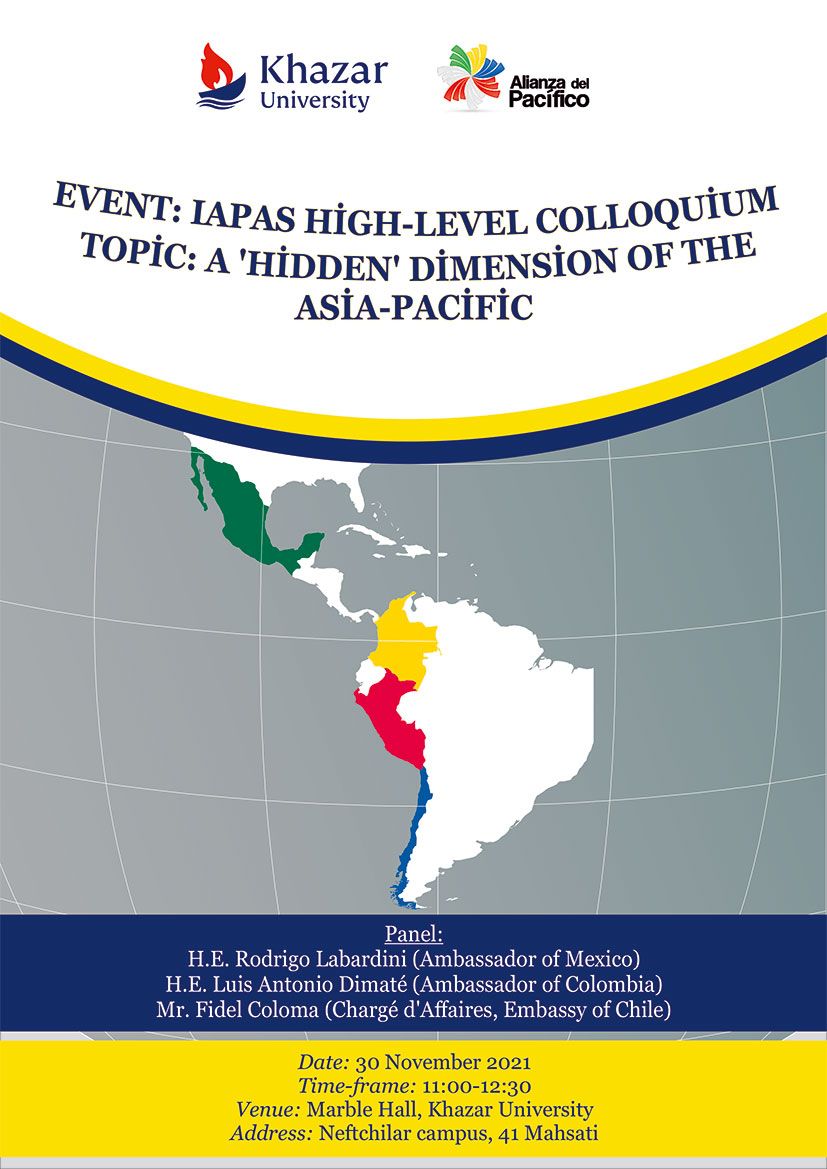