Scientific Conference on Symbolism of Sufism in Classical Texts

On October 7, 2021, at 12:00, Khazar University will host a scientific conference on "Symbolism of Sufism in Classical Texts," organized by the Department of Languages and Literature. Vice-rector of Uskudar University of Turkey, Sufi, writer Cemalnur Sargut and general director of Nefes Publishing House, writer Kerim Guc will deliver speeches on the Sufi worldview, its symbols and influence on literature, which is an important part of Eastern culture.

Those wishing to participate in the seminar can access the Microsoft Teams platform via the following link: 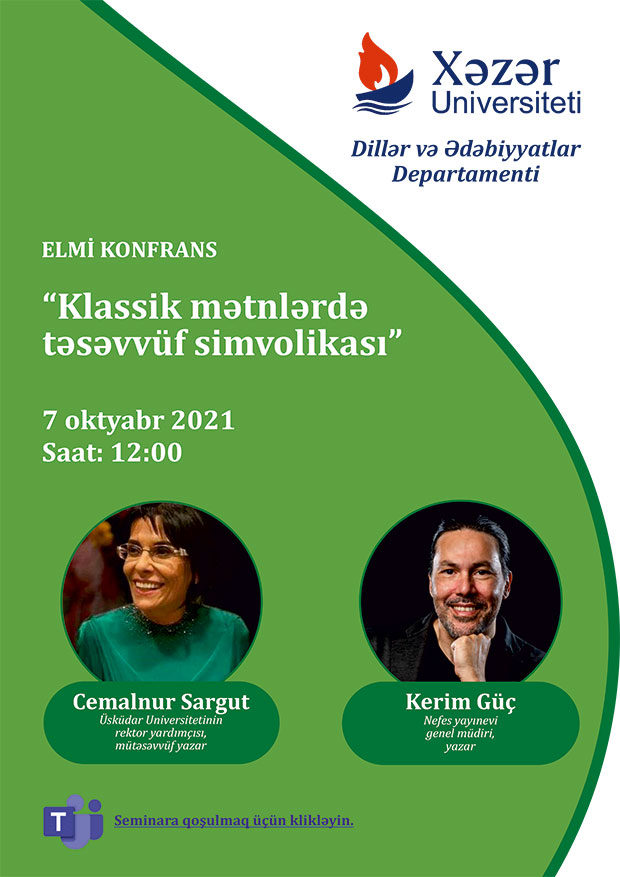